Ovarian cancer has been called the “silent killer” because it is often diagnosed at an advanced stage— and when it has already spread to other parts of the body. As the fifth leading cause of cancer deaths among women, The American Cancer Society estimates that 21,980 women in the US will be diagnosed with ovarian cancer in 2014 alone, and 14,270 women will die. Big numbers.

However, if caught in an early stage (Stage 1-2), a woman has over a 90 percent chance of long-term survival. But only about 20 percent of cases are caught in their early stage when the disease is most curable. While African American women have a lower incidence rate of ovarian cancer than White women, their 5-year survival rate is lower because the disease is often found too late.

Vibrant, innovative and inspirational, Sherise Cunningham-Patterson was a masterful networker in New York City who connected entrepreneurs with business opportunities through her company Simply To Empower. However, in the summer of 2009, after suffering silently for months, Cunningham-Patterson mentioned to some of her friends and family that she had been experiencing persistent pain in her back and legs. Finally, she went to the doctor and after several tests and an unfortunate misdiagnosis, that December, she was diagnosed with ovarian cancer at the age of 37.

“She was screaming and crying,” recalls Gemmel Cunningham, Sherise’s mother, of the day when her daughter told her the news. “‘The doctor just told me I have cancer, ovarian cancer.’”

“When I heard it was Stage 4, I thought she would have died the next week,” Cunningham admits. But, Cunningham-Patterson was determined to fight her disease, so she had a hysterectomy, radiation and endured ongoing chemotherapy treatments. Though she would feel tired for a couple of days after treatment, according to her mother, Cunningham-Paterson was still able to organize her networking events. Many times people were unaware that she was even battling cancer.

Cunningham feels that her daughter feared that people would view her differently if they knew she was ill. “She never told anybody she was being treated on a regular basis.” Instead, Cunningham-Paterson continued traveling and pursuing her dreams. She even worked with her role model Les Brown, who later became her mentor, and in 2011 she co-authored his book, “Fight For Your Dreams: The Power of Never Giving Up!”

Earlier this year however, Cunningham-Patterson’s health began to decline and on May 9, 2014 she succumbed to the disease.

“I feel terrible about losing Sherise,” Cunningham says solemnly. “[But] she never gave up the faith.” Today, Cunningham wants to help bring more awareness to ovarian cancer. She especially wants women to talk to the other women in their family about cancer. “There’s so much cancer in my family. My grandmother died of stomach cancer. My mother died of cancer, but she was silent about the type so the family isn’t clear about the kind she had,” she says. “A lot of time women are too secretive about their health issues. My mother never wanted anybody to know what was going on with her, perhaps had she told us we could have been on it.”

Some of the potential signs and symptoms of ovarian cancer that women should be aware of include: bloating, pelvic or abdominal pain, back pain, trouble eating or feeling full quickly, constipation, menstrual changes and painful sex, according to The National Ovarian Cancer Coalition. While these signs don’t necessarily indicate cancer, if they continue for more than two weeks, women should not ignore them: they should bring their concerns to the attention of their OB/GYN immediately.

“Unfortunately, symptoms of ovarian cancer are extremely vague and could easily be explained away by other conditions,” says Dr. Lisa M. Johnson, founder of Ivy Obstetrics & Gynecology in New York City. “That’s why ovarian cancer usually presents at advance stages.” She did not treat Cunningham-Patterson, but 60 percent of her patients are African-American.

Dr. Johnson added that many of her African American patients aren’t aware of their family’s medical history. “A lot of the symptoms that women experience as they age are considered acceptable changes that come with life,” she said.  “They don’t necessarily talk to their daughters or granddaughters about what they’ve experienced because that’s not considered proper.” Johnson said she frequently hears from young women or women of reproductive age that: “‘Oh, my grandmother had a hysterectomy, but I don’t know why, or my cousin had cancer but no one will talk about it.’” This is in contrast to many of her white patients who come to her office armed with their family history possibly because they feel more entitled to inquire about that information.

It’s important that women also understand their risk factors for developing ovarian cancer, which according to The National Ovarian Cancer Coalition, include: Genetic predisposition, personal or family history of ovarian, breast or colon cancer, increasing age and undesired infertility.

The Pursuit of Mental Healthiness

While there is no definitive screening test for early ovarian cancer, if Johnson is concerned about a woman’s symptoms, after taking her family history, she conducts a pelvic exam or ultrasound. If a mass is discovered, she checks the blood work to see if elevated levels of a protein called CA-125 is present.  If so, that patient is referred to a gynecologic oncologist.

Although very few of Johnson’s patients actually turn out to have ovarian cancer, she wants to encourage African American women to stop being silent about potential symptoms they’re experiencing. “There’s no true screening test for ovarian cancer, so a women just has to be sensitive to the things going on in her body,” said Johnson. She also wants African American women to feel entitled to ask their doctors questions regardless of their socioeconomic status or what type of insurance they have. “Go to your doctor boldly and ask questions,” she said. “You should insist upon answers that satisfy your curiosity when you speak to your gynecologist. If you don’t feel like your questions were answered and your fears alleviated, then I suggest you find a new gynecologist.

E! News Correspondent Alicia Quarles wants women to talk to each other about more than the latest trendy gossip. Like Dr. Johnson, she also wants them to discuss the potentially deadly symptoms of ovarian cancer. Alicia has been by the side of one of her best friends Diem Brown, 32, star of the MTV reality show The Challenge, who is currently battling ovarian cancer for the third time in 10 years. “Teal is the color for Ovarian Cancer Awareness Month. Wear teal and if you have just one fact that you read about, pass it on to your girlfriend,” said Quarles. “Have a talk with your girlfriends. We talk about everything else. We gossip about the latest celebrities. We talk about what we’re doing this weekend. Talk about your health, it could save a life. My friend’s a testament to that.”

Alicia Quarles hosted the 2nd Annual Run For Her New York 5K Run earlier this month. Run for Her® was created 10 years ago to increase awareness and raise funds for ovarian cancer research, treatment, and education. Other walks are scheduled for September 20, 2014 in the Bay Area and November 9, 2014 in  Los Angeles, where Alicia Quarles is also scheduled to appear. 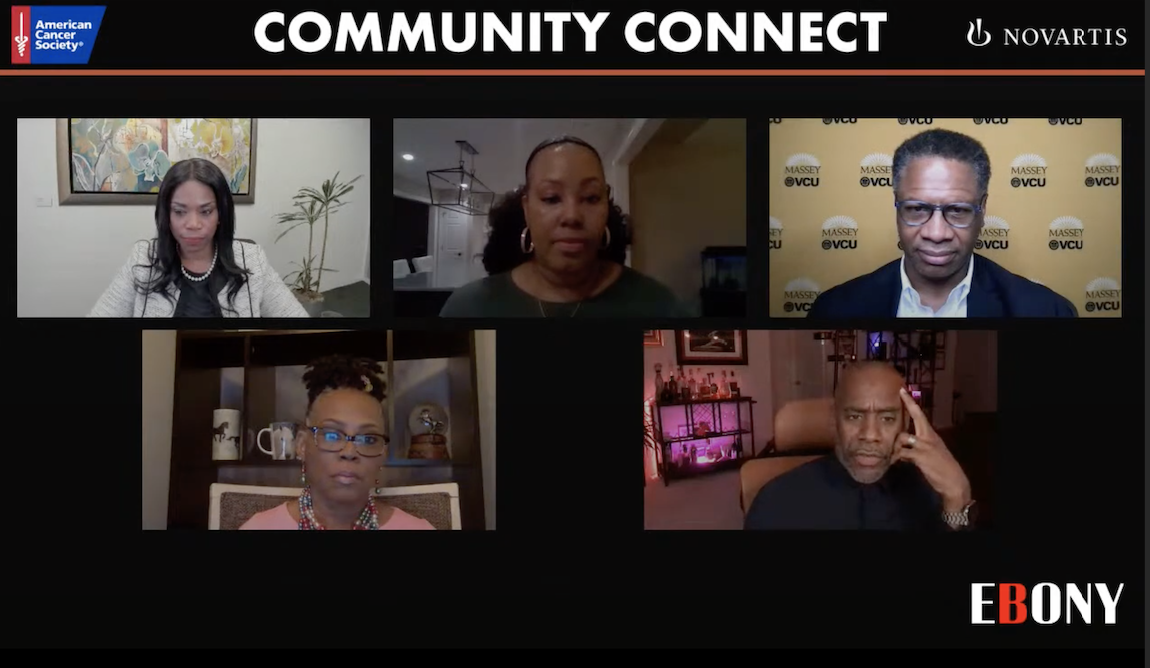