[In My Lifetime] Nadia Lopez on Obama's Legacy

I was at my girlfriend Thembisa’s house with her and her husband. I was sitting in their living room. It was around midnight and I was still there. I actually didn’t plan to go anywhere, but one of my friends texted me to say that they were headed to Thembisa’s house to watch the election. I was in Crown Heights and they were in Bed-Stuy, so I was over in five or ten minutes. But that [Obama’s election to the presidency] was a great moment to share with friends.

Obama’s election to the presidency was so poignant because it signified to me that doors were beginning to open. We were coming together as a community to make sure we were a part of the process and it was the first time in history that so many people of color were coming out to vote. It was just one of those moments where we weren’t sitting around complaining about something. We were actually getting up and using our vote to voice change. That to me really stood out. And as a person who’s going to be a leader, it set this precedent that there are no places that we’re limited to. 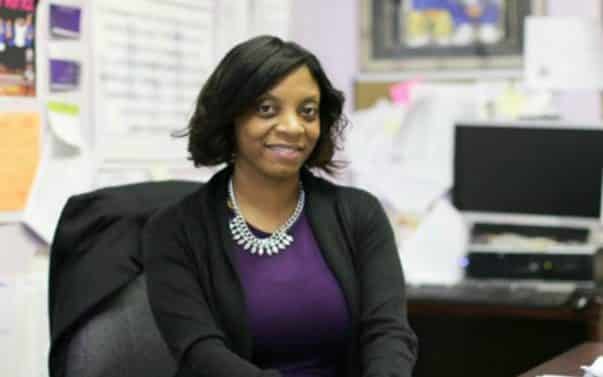 I was already in a position of doing the young men’s empowerment summit. I had helped open up a school and now I’m in leadership. What am I going to do that’s so significant? What will I do now that I opened up a school? What will I tell the children? So, for me him being in that position and having a first lady who was saying to the world, “No, these kids need to get up and move because we can’t have children who are becoming obese on our watch,” or “Girls need to learn,” all of the initiatives she’s done …like all of these things that have happened, what are we as a community now going to do? Are we going to sit by idly and keep waiting someone do things for us, or are we going to be in a position to say we’re going to start creating opportunities, kicking in doors, and pulling up our own feet?

One person was never suppose to save us. That one person came at a time when we needed to be reminded of the leaders, those who were willing to be audacious and those who are willing to be unapologetic. We don’t have that same leadership like in the 60s and 70s, because everybody was technically assassinated during those times. Now that we had somebody in the biggest seat ever, what are we going to do?

— As told to Terrence Chappell

Click here to read more from EBONY’s “In My Lifetime” series.