“I think my favorite thing to shoot is beauty and portraiture,” says EBONY's Photo Director Keith Major, who is a spirited and passionate lensman with great depth. "Ugly” doesn’t register with him; he's able to see what’s visually enchanting about anyone. As an artist, that vibration flows into his professional eye. In his view, projecting the beauty he sees is spiritually gratifying. “What I see out of my eyes about a person is more beautiful than any photograph I’ve ever taken,” says the Brooklyn native.

As a freelance photographer, Major had shot a number of covers for EBONY, including celebrities like Queen Latifah, Tyra Banks, Jesse Williams, Harry Belafonte, Zendaya, and Jennifer Hudson. “I may be forgetting some because my mindset these days is not to rest on my laurels.”

Shooting since he was 12 and working professionally for almost 30 years, the youthful-looking photog reveals that he will be 60 in February. “Being the photo director at EBONY is a very new lane for me after freelancing for so many years," shares Major. "I was eager to shoot at the EBONY Power 100 gala because I had the chance to photograph these honorees and dignitaries without a big production set or the fanfare, which made it easier for me to get down to their essence."

"But, I had no idea I would get the chance to photograph Ben Vereen,” exclaims Major, who saw the actor sitting backstage. Vereen's elegant manner had Major envisioning the types of images he wanted to capture of the legendary entertainer. “I asked him to sit for a portrait and I basically had him recreate what I saw when he was just sitting there minding his own business. That goes back to early in my career, when I tended to watch people and directed them based on what they do naturally.”

"Another special moment was when I photographed Eden Bridgeman Sklenar, the owner of EBONY. She has great style," shares Major. "It was cool because I chose the same palette our creative team used for EBONY's Nas cover." Serendipitously, Bridgeman, who always looks effortlessly chic, wore the same designer—Ikirié Jones—donned by Nas on EBONY's October cover for her custom look.

A vibrant personality like Big Freedia's, an award recipient, is a sure shot for the seasoned shutterbug. "With somebody like Big Freedia, I feel like I can’t miss," says Major. The shoes Big Freedia wore reminded him of that iconic 1970s image of Marvin Gaye wearing sky-high silver platform boots. “I sat [Big Freedia] down because the ceilings were low. When she did the Big Freedia thing where she looks up and off to the side. I said, that’s the one," explains Major of his final select.

When Major photographed EBONY’s CEO Michele Ghee, she had mentioned to him that she’d been working out so she could get a hot photo. "I had seen her earlier in the day in just in her jeans and she looked great,” recalls Major. “She looked amazing in her gown, and she posed in a way truly complemented its unique lines lines and details, so that image stands out.”

The Red Table Talk's Adrienne Banfield-Norris was an honoree of the Power 100, along with her daughter Jada Pinkett-Smith and grand-daughter Willow Smith; they received the Entertainers of the Year Award. “She is so youthful and regal; yet, surprisingly camera-shy," Major says of Banfield-Norris. "She was someone I had to pose. It was about making her comfortable, and we got the look indicative of who she really is.”

As part of the team who creates EBONY's outstanding motion graphics covers, Major gives credit to EBONY’s innovative Editor-in-Chief and SVP of Programming, Marielle Bobo. “Marielle’s ideas are ahead of the curve," observes Major. "She works in the true sense of the definition of avant garde especially as it relates to 21st century media."

“Randomly, I have this friend who gets drunk and channels spirits,” shared Major. "He claimed that my dad pulled strings with the ancestors to put me in this space as EBONY’s photo director. So, it all feels like it’s part of the journey.”

When asked what it meant for him to be the photo director of EBONY, Major replies, “You know…it’s still sinking in." But perhaps, the wall in his family home in Brooklyn when he was a youth provided a peek into his future. "I grew up in the kind of family where there were EBONY magazines everywhere, we had Angela Davis' poster up and Nina Simone's song "To Be Young, Gifted and Black" blaring from the stereo speakers," shares the photographer. In 1970, for Black Solidarity day, his family created a mural covering the wall entirely from images from pages of EBONY. That wall full of gorgeous Black images of our people—a vision board tapping boldly into his present—is still in his home. “How could I not want that wall?” he emphatically states.

Visit keithmajor.com to check out more of his stunning body of work and view the rest of his EBONY Power Power 100 portraits below. 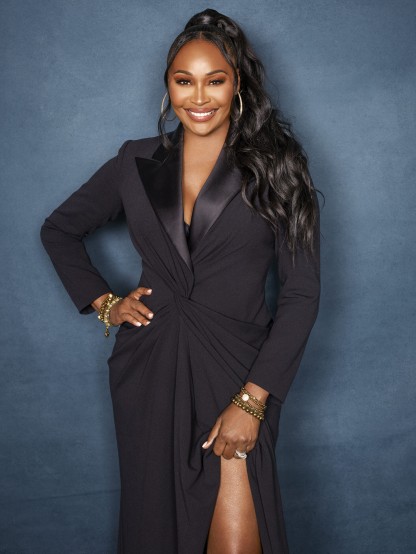 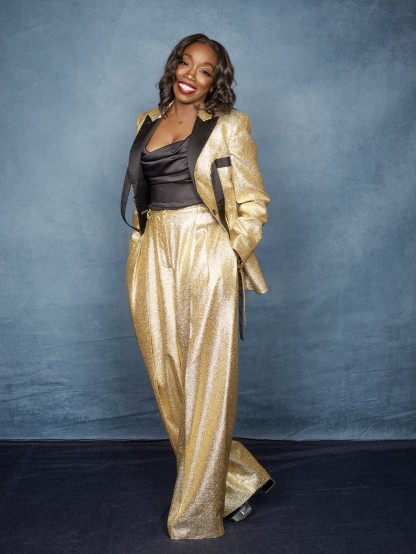 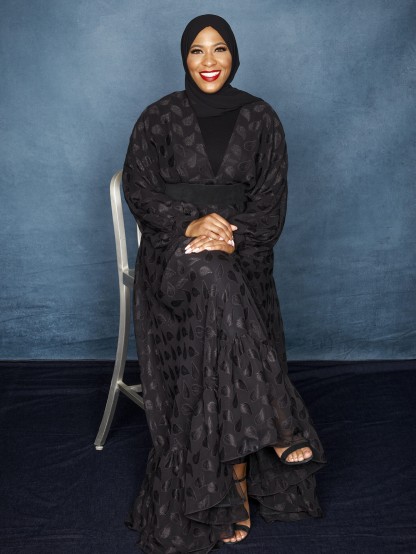 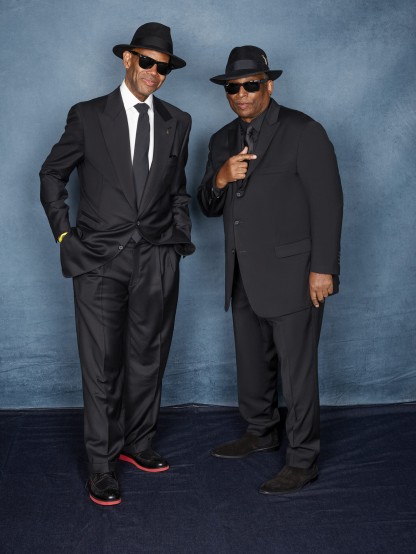 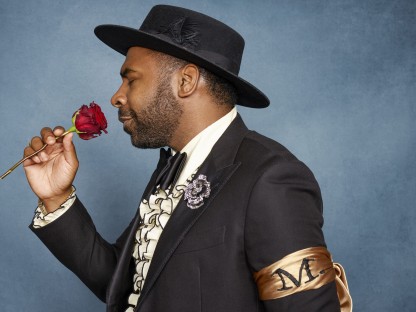 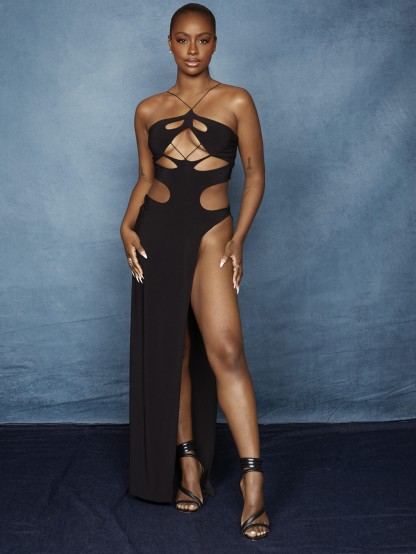 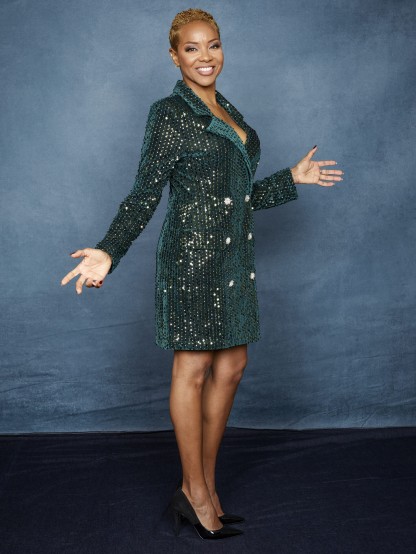 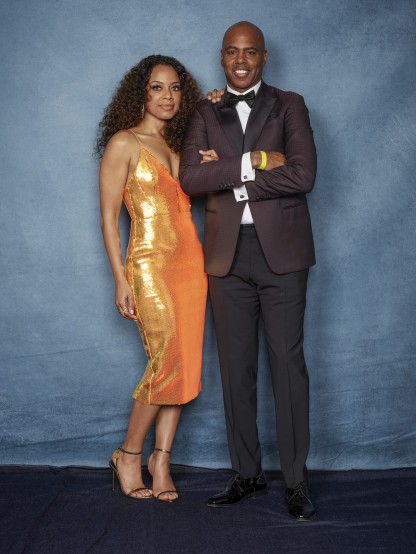 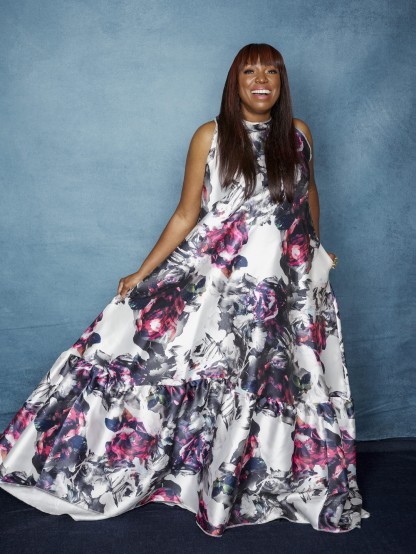 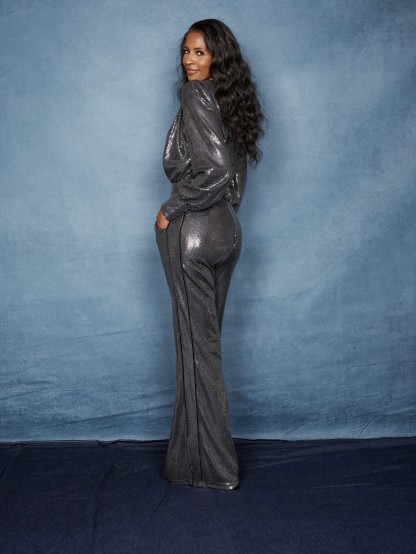 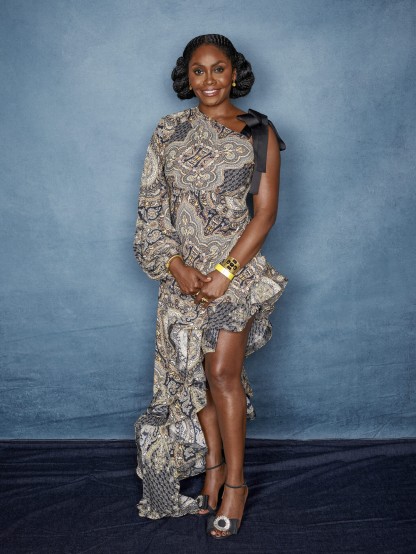 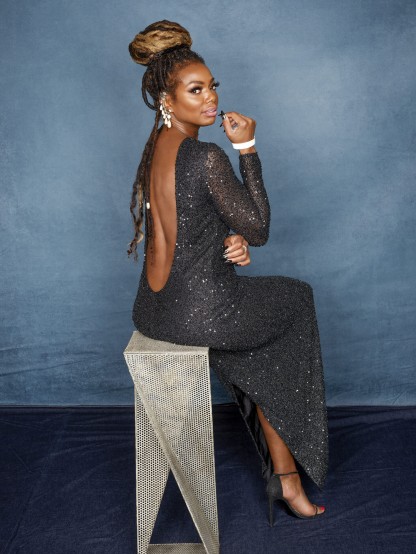 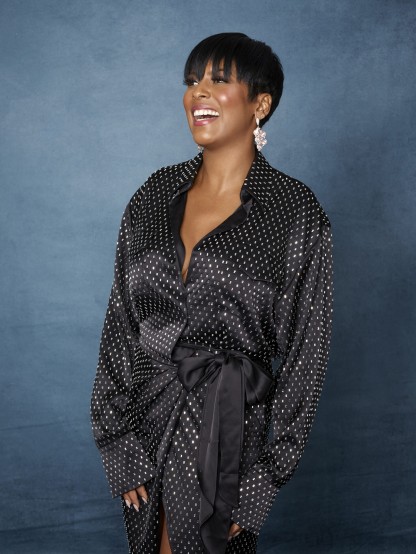 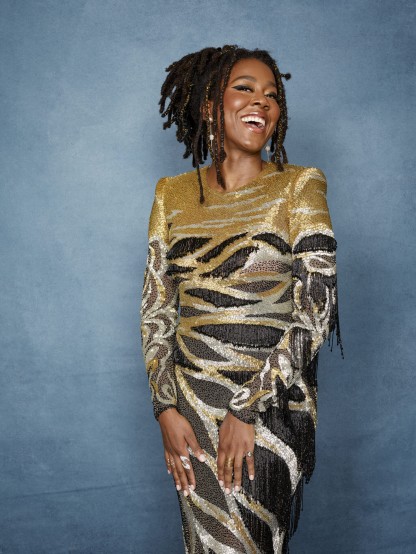 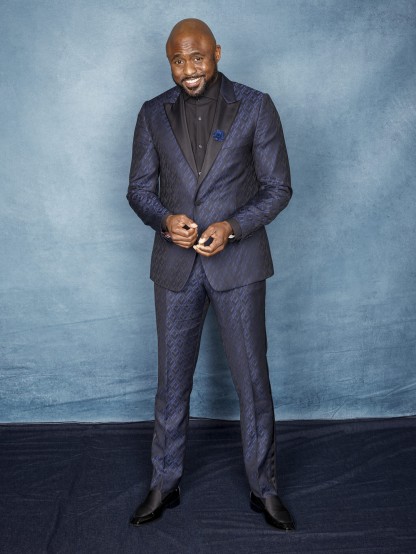