So Kendrick...Is Another Album Coming or Nah?

The Compton-bred lyrical storyteller has done it again with the release of his fourth studio album, DAMN. The 14-song project relishes in one-word themes as K.Dot weaves in conscious-hitting scenarios and teeters with the ideals of life and death.

Is it wickedness?
Is it weakness?
You decide
Are we gonna live or die? 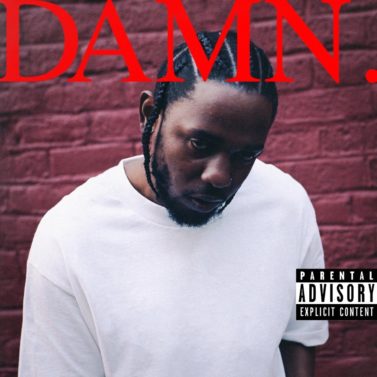 By the end of the song, K.Dot is dead.

Pay close attention to Kendrick’s final track, “DUCKWORTH.” At first listen, the intricate layers of storytelling captures the listener’s ear. As the verses develop, Kendrick sets the scene for the situational meeting between his pops and TDE’s Top Dawg. It’s slick and ultimately leads to the resurrection of the self-proclaimed “greatest rapper.”

You take two strangers and put ‘em in random predicaments
Give ’em a soul so they can make their own choices and live with it
Twenty years later them strangers might make a meet again
Inside recording studios where they reaping the benefits
Then they start reminding ’bout that chicken incident
Whoever thought the greatest rapper would be from coincidence
Because if Anthony killed Ducky, Top Dawg could be servin’ life
While I grew up without a father and die in a gun fight

And this is why the Interwebs are going crazy with suspicion that DAMN consist of many carefully placed subliminal messages. One in particular being that he’ll drop another album on Easter Sunday.

So Kendrick is releasing Sunday too?… What a time to be alive! pic.twitter.com/tJfLVKccoF

So kendrick died on this album so in three days hes gonna rise and release another album on sunday pic.twitter.com/9xwrOljnI4

So Kendrick is really about to release a SECOND album on Easter Sunday? pic.twitter.com/uFuDowPgvN

The lyricism and level of storytelling Kendrick produces falls in line with Biggie and Slick Rick. It’s hella descriptive and packed with intentional observations from the hood and broader society. DAMN is not a project to digest in one sitting. Go back and listen again…and then again.