Is Kenya Moore the latest Real Housewives of Atlanta diva to get the boot?

Both Sheree Whitfield and Kim Zolciak have reportedly been let go from the show by creator Andy Cohen, with Moore reportedly receiving a pink slip as well for missing a “mandatory cast meeting” for Season 11, according to sources at Straight From the A.

Whispers of Moore being let go have been swirling since her secret wedding to husband, Marc Daly, with Bravo executives upset the reality star didn’t invite their cameras or any of her co-stars to the Caribbean nuptials.  Furthermore, there is concern that the former beauty queen lied about being pregnant during the Season 10 reunion. 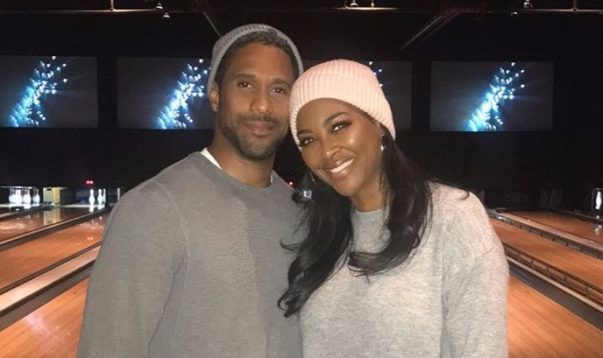 “Kenya’s lie was outed about a week ago, when Season 11 peach holders and friends assembled for a mandatory cast meeting. Moore was not in attendance and when asked about her absence, it was confirmed that she wasn’t invited back,” the report says. “I’ve heard that Kenya may possibly be relegated to ‘friend’ status, but her pride probably won’t allow that.”

Cast members who have officially been called back include Cynthia Bailey, Nene Leakes, Kandi Burruss and Porsha Williams. Moore could reportedly be offered the role of “friend to the show,” similar to Shamea Mortan and Marlo Hampton, but fans doubt the Detroit native would except a demotion.