Kevin Fredericks, widely known on social media as @KevOnStage, is more than a viral comedian.

The VP of Programming for Russell Simmons’ All Def Digital knows a lil’ something about love, too  and  wants you to know that he takes relationships seriously.

In fact, Kevin takes being a dedicated father and husband so seriously that he’s dedicating his comedy skits to reflecting the positive example he hopes to be for not just his two sons, but for Black families around the globe.

Fredericks and his wife of 12 years, Melissa, spoke with EBONY.com about their top three lessons on how to maintain a lasting relationship/marriage.

1) Live the marriage that you desire.

“You will mess up. You will make each other angry,” says the couple. “You will hurt each other’s feelings, but when your partner asks for forgiveness, grant it. When they apologize, accept it. Harboring grudges will only damage your relationship. 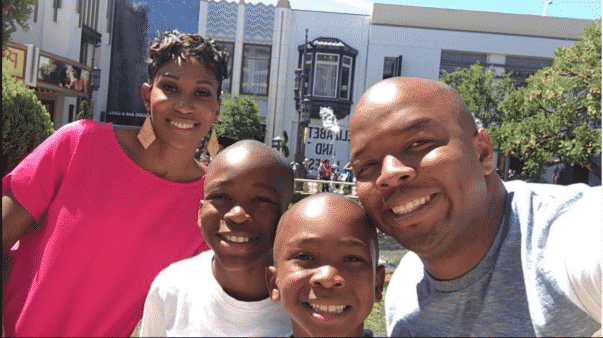 3) Establish a friendship outside of romance.

“You maintain a lasting relationship when you are friends first,” the couple contends. “We were friends before we dated, best friends even. We have maintained a strong friendship throughout our marriage and it makes life easier. When you marry for convenience or because you had a baby, sometimes you aren’t friends. Our relationship lasts because it was built on friendship.”

Shantell E. Jamison is a senior editor for EBONY. She moderates various events centered on love, relationships, politics and wellness and has appeared on panels throughout the country. Her book, “Drive Yourself in the Right Direction” is available now. Keep up with Shantell via her website, Facebook, Twitter @Shantell_em and Instagram @Shantell_em.