Ms. Lauryn Hill serves as the face and voice of Woolrich’s fall/winter 2018 campaign, “Woolrich: American Soul since 1830.” In honor of the 20th anniversary of her iconic album The Miseducation of Lauryn Hill, the multifaceted artist collaborated with the brand for an exclusive live performance and a description of what “American Soul” means to her. 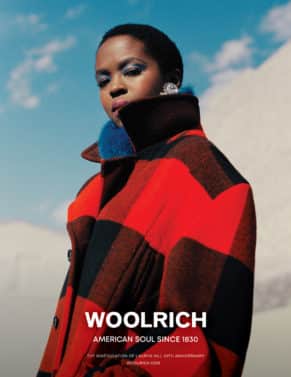 In the images for the campaign, Ms. Hill is captured by photographer Jack Davison on the streets of Washington Heights in New York City where she filmed her Doo Woop (That Thing) video in 1998.

The eight-time Grammy Award winner customized classic Woolrich outerwear styles for the campaign, which features a screen print of her album cover and images of her face along with bold text and appliqués. According to a press release obtained by EBONY, Ms. Hill has been sewing and designing pieces of her own wardrobe for the past five years. She designed over 30 jacket sketches including logos, concepts and materials for the Woolrich collaboration. 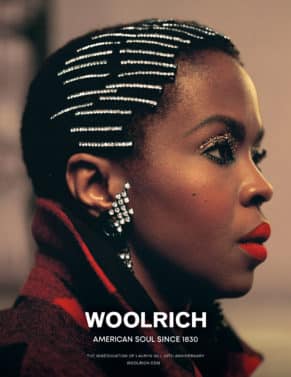 The campaign also features a video of Ms. Hill walking through Washington Heights before entering the United Palace, where she performs the song “Ex-Factor,” which appeared on her debut album, accompanied by piano.

Andrea Canè, creative director of Woolrich, spoke about the honor of working with the music icon. “The opportunity to work with Ms. Hill was the perfect start to our ongoing ‘American Soul’ project, highlighting Woolrich’s American heritage. We wanted Ms. Hill to bring her unique artistic eye to the product and DNA of the brand, so we invited her to put her own spin on these classic Woolrich styles, reflecting her interpretation of ‘American Soul.'” 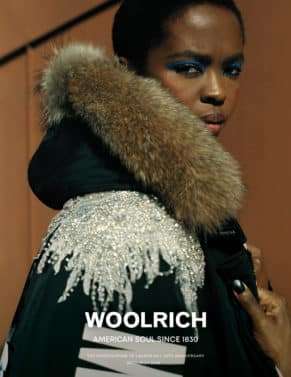 The limited-edition Arctic Parka, introduced in 1972 for workers of the Alaskan pipeline, and Silverston coat in red Buffalo check, the pattern first introduced in 1850, will be available at Woolrich stores and select retailers. 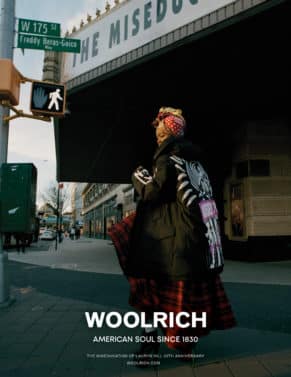