Lee Daniels wanted to shake-up network television. “I think we’ve gotten too politically correct with primetime. We’re just not in your face anymore. You can go to cable for that,” he tells EBONY.com while on the set of his second FOX series, STAR.

Daniels has an anxious demeanor and it’s obvious that the writer, producer and director has one-thousand thoughts floating through his mind as he skips from one idea to the next. But, even with the immediate success of Empire, and the risks taken that led to its gasp-worthy moments, Daniels is nervous about the reception of what he’s bringing to viewers next.

“Do you think people are going to like it,” he asks in a slight whisper referencing STAR, a drama based in Atlanta and centering on three aspiring singers. “I really want to explore race in a way that we haven’t seen it before on a network series.”

And he does–in a sense.

Daniels’ exploration of race in a “new light” is bringing the lead character of STAR, a White girl (Jude Demorest), into a Black environment and observing what that’s like on a national viewing scale. His reasoning goes a bit more in-depth, however. 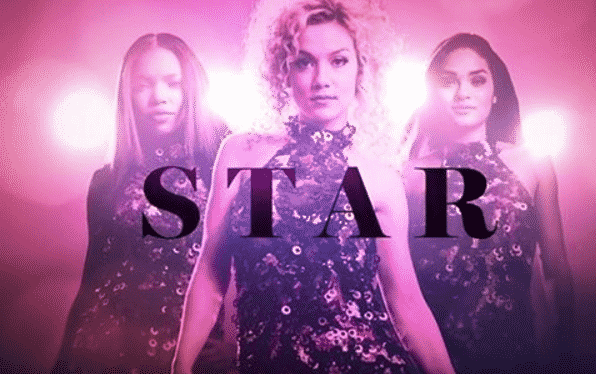 “We are in a very dangerous state right now in our country and I wanted White people to feel good about being White because right now, there’s a lot of hatred going on,” Daniels explains before further detailing the story he created. “It started out with this White girl that was just badass and would do anything: kill, rob, have sex, whatever to get to the top. Then, I realized as I was writing, that it was more about a girl group. Their whole world is about what happened to me when I left home and went to Hollywood and the struggles I went through. ”

Star (Demorest) and Simone (Brittany O’Grady) are sisters who were separated and entered into the foster care system after their mother’s death. Alexandra’s (Ryan Destiny), life experience is the total opposite of her singing counterparts. She’s the daughter of a rockstar (Lenny Kravitz), flaunting luxurious style with an attitude to match on the Upper East Side of New York City, who’s running from her father’s wealth. She links with the sisters in hopes of finding her identity and building a music career.

The series, which aired as a special presentation back in December, touches on the foster care system, prejudices within the Black community, and enters the world of the transgender community via the storyline of Amiyah Scott who plays “Cotton”, the daughter of Carlotta played by Queen Latifah.

“I think Empire has paved a way for me to bust open the door with this transgender issue that even I don’t understand and I’m gay,” Daniels says.

He takes a deep breath as he recalls a dark scene in the first episode that shows Cotton being attacked in an alley. “I was just trying to tell the truth and figure out how I do I tell this story and the pain of what she’s had to go through to become her from a very young age. It makes my trashcan story look like Disneyland,” he says referencing an early episode of Empire.

STAR packs on the grit and hustle while weaving in spiritual elements, too.

We meet Carlotta, a beauty shop owner that very much becomes its own character in the drama, at church, leading the choir as she belts out, “I’ve been way too low for way too long.” Carlotta speaks with intent, but it’s her eyes that do most of the talking. It’s evident that she’s been through the rough and is working constantly to stay out of it.

Though she’s Cotton’s mother, when Star, Simone and Alexandria step foot in her church, Carlotta’s nurturing and protective instincts are kicked up to a higher degree.

“It’s always a tricky line between Carlotta and those three girls. Cotton’s ass is slick too,” Latifah says. “I think one of the best things about Carlotta is that she has a lot of baggage and it’s not current. She’s a constant work in progress. She’s ‘bout it, bout it’, but she’s really trying to stay on the right side of things. But she’s always prepared, you know what I mean?”

Many have likened the show to a spin-off of Empire, the common denominators are indeed music and drama, but escapism serves as an undertone of the new series and “rich” is only an idea in the lives of all characters involved.

“This is some other type of sh–,” Daniels laughs.

LaToya “Toi” Cross is the Senior Editor of Entertainment and Culture for  EBONY’s Print and Digital brand. You can catch this laughing creative sharing work, art and capturing life via her handle of @ToizStory on Instagram, Facebook, and Twitter.