Buffalo Bills running back LeSean McCoy denies allegations that he beat up his estranged girlfriend, Delicia Cordon, calling the claims “totally baseless and offensive,” on Tuesday. McCoy has been training in Miami and said he has not “had any direct contact with any involved in months.” A reported home invasion is to blame for Cordon’s injuries.

According to the New York Daily News, police in Milton, Georgia are investigating a home invasion that took place at 3:23 am in the neighborhood that sent an unidentified woman to a local hospital with unknown injuries.

“The preliminary investigation indicates that this residence was specifically targeted by the suspect or suspects, and not a random incident,” police said in the statement. “When officers arrived they found one victim who had been physically assaulted by a lone intruder. During the altercation, the suspect demanded specific items from the victim.”

Tanya Mitchell, Cordon’s lawyer, is alleging the football player orchestrated the brutal assault as a part of his ongoing efforts to have her evicted from his Georgia mansion. Mitchell asserts that assailant demanded “specific pieces of jewelry” that were given to her client by the NFL star.

The abuse allegations became a headline on July 10, after Mia Boykin, a friend of Cordon’s, posted a photo of her bloody face and accused McCoy of attacking her and being abusive toward his dog and son. She later deleted the post after speaking with Cordon’s lawyer.

Georgia police and the NFL are investigating the allegations and the home invasion. 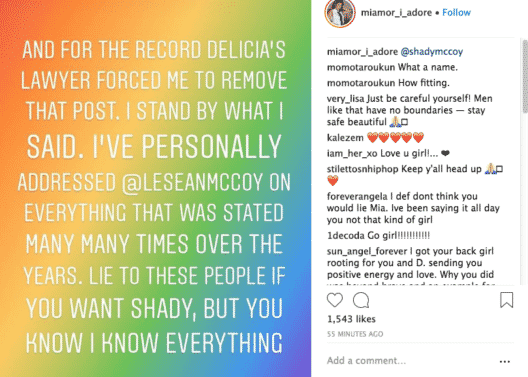