Next up, LeToya takes on another role in TV One’s new multi-generational comedy series, Here We Go Again, as leading actress and producer. The half hour series follows Maddy (Luckett), a single mother and successful lawyer who is convinced there is a “Walker Woman Curse,” after being born to mother Loretta (Wendy Raquel Robinson) at age 16 and having a child, Shante (Kyndall Ferguson) herself at the same age. Maddy refuses to let her daughter, now approaching her 16th birthday, become the next in line.

While she’s on a professional high and enjoying her dating life, feelings resurface for her high school sweetheart/Shante’s father, Victor (Andra Fuller), on the night of their daughter’s birthday. After a moment of weakness, they have one more steamy night and at age 32, Maddy discovers she and Victor are expecting again.

When she isn’t flexing her acting chops, you can find LeToya working on her new album, which is slated to debut this year.

EBONY spoke with LeToya about finding her way in the acting industry, her upcoming album and working alongside bae, Rob Hill Sr., in Here We Go Again.

EBONY: Can you tell us about your character Maddy Walker?

LeToya Luckett: Maddy is an interesting character. She’s very possessive of her daughter Shante, and she doesn’t want her to go down the same path that she did. She wants Shante to have her own path and make moves in her own life. Maddy is a working woman, very well-to-do, smart, educated, funny and quirky. I think she’s just a beautiful human being who wants the best for her daughter. The relationship between Maddy and her mother is hilarious. It’s like they’re complete opposites but they’re a lot of the same. She’s a fun character to play and it was my first time playing in a real comedy. So just finding [“Maddy”] on set was a cool experience.

EBONY: This is kind of your first time taking lead in a comedic role.  How did you prepare?

LeToya Luckett: It’s not easy! It’s crazy because I love watching comedies. It’s my favorite thing to watch and it always lifts my spirits. It looks easy when you’re watching it, but when it comes to hitting those beats, it can be difficult. You have to be very cautious that you’re hitting the right beats and making sure it’s funny, but at the same time when those notes are serious, you’re trying to get your point across and it’s not about the comedy. I learned so much from watching Wendy Raquel Robinson every day on set. I would also watch my favorite comedies like Modern Family, Friends,  A Different World—all those good family comedies. 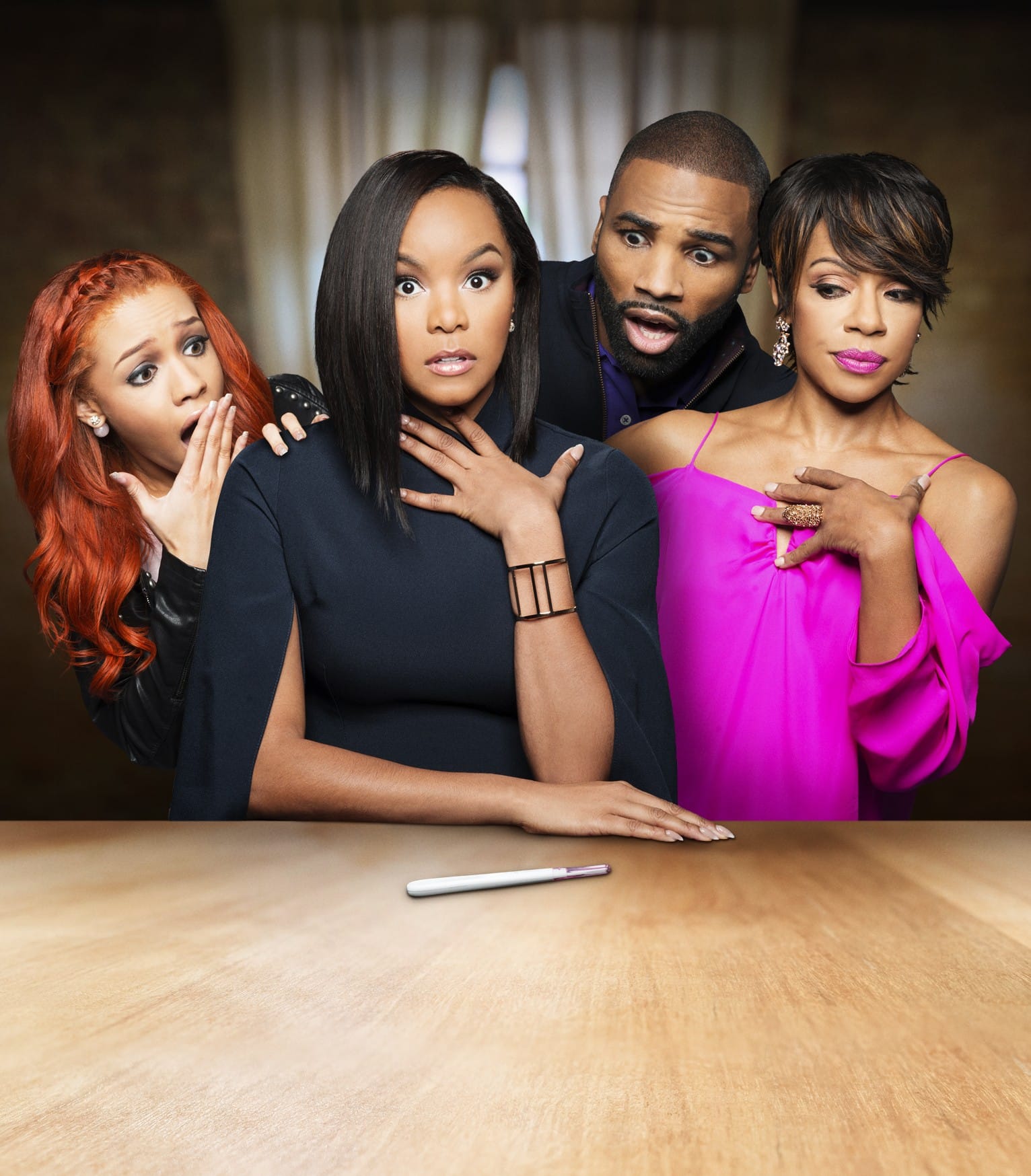 EBONY: The premise for this show is pretty unique. What intrigued you about the show?

LeToya Luckett: I think it was the story because it’s a story that needed to be told. There are a lot of single parent homes and I’m not a mother yet, but I got to learn a lot in this experience about being a mother, thinking outside of yourself and really watching your kid grow and them developing their own personality. I think I wanted that experience for myself. I’m preparing to be a mother one day and I really wanted to get inside the mind of a mom. I was raised in a single parent home as well. My parents got divorced when I was about ten years old, but I saw my mom go work two and three jobs to make sure we didn’t miss a beat. We were still in our private schools and we had hobbies of ours on the weekend. To balance all of that is a lot, so I felt Maddy’s story needed to be told. There are mothers that feel they made a mistake by having a kid at a very young age and they didn’t get to live their life. There are a lot of emotions involved in that and I tried my best to hit all of those beats in the episodes that we did.

EBONY: Is this your first time taking on a producer role for a television show?

LeToya Luckett: Yes, honey! I tried to juggle that and being the lead actress on the show, making sure things were being handled behind the scenes and helping the cast, so that was really cool. Even with my notes and actually being heard on them—that was dope.

EBONY: Let’s talk about you and Rob! You two are such a beautiful couple, and I saw that he’ll make an appearance on the show. Can you tell me about his role and what it was like to work together?

LeToya Luckett: It was cool working together. That was his first role and I knew that they were casting for the role, and they had some people in mind. When I would get the scripts, he would read every script. He’s a writer so he was very interested in the writing, and he also wants to do some producing and directing. I admired that sometimes he would read the scripts before I got them. He saw that role in there and was like, “You know what? I’m gonna take a stab at it.” So we worked on it a little bit, and he had done the majority of the work himself. He showed me the scene and I was like, “Look at you!” It was a really cool moment. We just sat there going over it and then I showed it to the other producers and directors and they were like, “Oh, it’s his.” He nailed it. He’s very natural and he did his own research of the character and boom.He plays an attorney on the show and in one of the scenes he’s representing a guy who he knows is wrong, but he’s there to state his case. He was cool on set and he got it in one take. That’s what I was mad at. (laughs) How is it your first time on camera and you get it on the first take? He nailed it and I was super proud.

EBONY: How do you balance your music career with acting?

LeToya Luckett: It’s hard. I’m passionate about both. People don’t know this, but for both seasons of Single Ladies, I was leaving the set sometimes at 1 in the morning and going straight to the studio to work on my third solo album. It feels like a “no-days-off” moment because if I’m on set and I have a hard day, that doesn’t stop my label from calling and saying, “When are we getting our single?” (laughs) It doesn’t stop that so I have to find a balance and I think I’ve done a cool job so far. But I know my fans are like “Un uh. It’s been like five or six years since the last album.” Because of my acting career, I’ve had to bounce from city to city and get in the groove in the studio. And then get on the road and pick up where I left off. It’s tough, but I’m getting it done. The single will be coming out in February.

EBONY: What can fans expect from the new album?

EBONY: What has been your biggest area of growth as an entertainer?

Here We Go Again premieres Feb. 9 on TV One at 8pm ET.