10 Black-Owned Cannabis Brands You Can Support

If you want to put your dollars to good use, then check out these 10 these Black-owned companies that are seizing an opportunity to gain equity in the cannabis space.

Despite more than half the country (33 states) having legalized cannabis in some form, Black Americans are still more than three times more likely to be arrested for a non-violent cannabis crime than white Americans, according to the ACLU. Specifically, Black men and women were 11 times more likely than white people to be arrested for public cannabis use even with all the legalization going on. President Joe Biden calling for federal decriminalization has been helpful in its own way, but equity and diversity in the industry are still major issues that affect the Black cannabis owners with a dream.

While a vast majority of cannabis business owners are Caucasian, the tide is turning and turning fast. Recently, Beyoncé shared that she was getting into the game by growing her own hemp and CBD farm. Her husband, Jay-Z, and The Parent Company, a California-based cannabis brand that his Monogram company is a part of, are funding a social equity ventures program “to give Black and other minority entrepreneurs equal opportunity for participation in the legal cannabis industry.”

Lil Wayne’s GKUA partnered with The Last Prisoner Project for the “Share The Love Campaign,” where for every post shared, they would donate money to be used to free prisoners incarcerated for nonviolent cannabis offenses.

Black people continue to fight for the opportunity to fairly get a slice of Mary Jane’s economic pie—and with this piece, you can support, donate, and share the word about these Black-owned businesses that lift up the disenfranchised and help consumers to lift up the Black community.

With that said, here are 10 Black-owned canna-businesses that contribute mightily to the industry.

Founded by owners Wanda James and Scott Durrah in 2014, these two military veterans fought not only for America, but also for Black rights. As the first Black-owned and female-owned cannabis dispensary in the country, Simply Pure is a Denver, Colorado-based institution for Black people in the Mountain States. The area, which has fully legalized all adult usages of cannabis, has been a beacon of hope for those looking to create their own situations to aid those with health ailments and cures for stress and pain. This is particularly important to the founders, namely James, who herself was a former political advisor to the Obama administration and also named one of the 35 Most Influential Women in Cannabis in 2020.

Located in Washington state, Hollingsworth Cannabis Company is a Tier III I-502 licensed cannabis producer and processor, run by the Hollingsworth family. RT3, also known as Raft Hollingsworth III, his father, Raft Hollingsworth, Jr., his two sisters, and even their 96-year-old grandmother, Dorothy Hollingsworth are committed to creating an environmentally friendly company that ensures that its carbon footprint remains as small as a mustard seed. As the only Black-owned cannabis farm in Washington, the canna company, with its 15 employees, offers flower, infused pre-rolls, CO2 extracts and CBD products—that you can find at a number of different retailers across the country.

Not only is Miguel Trinidad the founder behind 99th Floor, he’s also the renowned chef behind its delicious cannabis-infused dinner parties. The invite-only, pop-ups are fun for those who enjoy eating good-and-plenty, while maintaining an enjoyable high, and meeting new people along the way. Chef Trinidad hails from the Dominican Republic, but after studying Filipino cuisine, he and his partner, Nicole Ponseca, opened up a restaurant in New York called Maharlika. Prior to the state legalizing adult usage, 99th Floor dinner parties were very exclusive and very hush-hush. Chef Trinidad curates the entire multi-course meal that revolves around the strain chosen for each dinner, so if you want to get down you have to get on their radar. For those who don’t have access to invites to their coveted feasts, they can sample the brand’s new line of edible products, which are available in California.

The cannabis industry, which has been overrun by white men and white politicians, has been subverted heavily by this collective group of strong, forthright, and foresight-induced Black-and-POC women. Formed in 2015 to help foster small cannabis businesses to create opportunities for self-sufficiency, Supernova Women was founded by Tsion “Sunshine” Lencho, Amber E. Senter, Nina Parks, and Andrea Unsworth. Together, they educate communities of color on how to get involved with legislative efforts for cannabis, and how regulations and local politics can affect your business. Located in the Bay Area, support for Supernova Woman comes in the form of helping low-level drug offenders to get their records expunged and creating a safe space for people of color in the cannabis industry.

Sue Taylor is a living legend within the cannabis space in California. After founding iCANN in Berkeley in 2009 with her son and daughter-in-law, her vision of opening a community-based dispensary evolved into The Farmacy, which she co-founded in partnership with Glass House Group. Focused on helping the senior community, Farmacy has grown massively, thanks to the depth, care, and insight of Taylor and the products developed under her guidance. One of those items for sale—known as Mama Sue (which is also Taylor’s nickname)—is geared specifically for people over 50. Become a friend of the farm and discover resources that will help you and others who are in need of pain relief and sleep aids.

The DMV may not have its thing together when it comes to dealing with insurrectionists and police-led brutalizing of Black folx, but thanks to Mary and Main, it has aided in the betterment of healthcare for those in need. Founded by Hope Wiseman, the youngest Black woman to own a marijuana dispensary in the country, Mary and Main’s key mission is cannabis education. The company offers Cannabis 101 classes for people who want to know how the endocannabinoid can help with a long list of ailments, plus it offer concentrates, edibles, flowers, and more as treatment options.

Founded by Tyla Salley, the daughter of the former NBA player and four-time champion John Salley, Deuces 22 curates high-quality products for adult usage and offers education to the broader population on the benefits of the herb. Her Deuces Academy is dedicated to developing informative content to the Black community that comes in the form of articles, short-form videos, and contests. In addition to exceptionally potent flowers, the company advocates for changes in the law and for prison reform through its fight against social injustice. In 2019, an agreement was established with Flower One, granting Deuces 22 to manufacture, distribute, and sell their quality selection of flower and pre-rolls in Nevada. Soon, they’ll offer topicals, cannabis oil, and vegan edibles.

COVID-19 has made it an unbearable notion to travel, but if you ever find yourself in Muskogee, Oklahoma, then you should definitely head to JuanaMama Cannabis Boutique. Founded by Alexandria Carpenter in 2020, this mother of two girls was inspired to enter the cannabis space after cooking with cannabis at her home, and impressing her friends, family, and neighbors with her edibles and infused-meals. After building out her name in Tulsa, home to one of the nation’s iconic Black Wall Street, Carpenter’s shop carries flower, concentrate, pre-rolls, which has become the next big trend in the cannabis industry, and has plans to include accessories, hemp products, and edibles very soon.

Owned and operated by three Black women physicians who have honed their skills in cannabinoid medicine and endo-cannabinology, nationwide American Cannabinoid Clinics is a more structured way to integrate cannabis into your lifestyle. Through years of study and direct clinical experience, Dr. Jessica Knox, Dr. Janice Knox, and Dr. Rachel Knox have counseled several thousands of patients in using cannabis therapies to promote the restoration of health, wellbeing, and function. Through a method called the Endocannabinoid System, or ECS, the ACC has clinics spread across 19 states, including California and New York. If you’re looking for a natural way to heal certain illnesses and chronic diseases, such as arthritis and eczema, you can set up an appointment through their online system for a virtual meeting at any time.

In all the celebrity cannabis brands cropping up these days from the Wiz Khalifas to the Jay-Zs, Tyson Ranch is worth a special note. Boxing legend and living icon, Mike Tyson, has doubled down into his name recognition to create his own cannabis brand. Created in partnership with Planet 13 in Las Vegas, Tyson Ranch has flooded shelves at a bevy of retailers across the state of California. Along with his Tyson Holistic, the pro-cannabis pugilist has other products of interest that includes a THC-infused drink called Dwink, a pain-relief topical called CopperGel Ice and, of course, flower that will give users a healthy K.O. 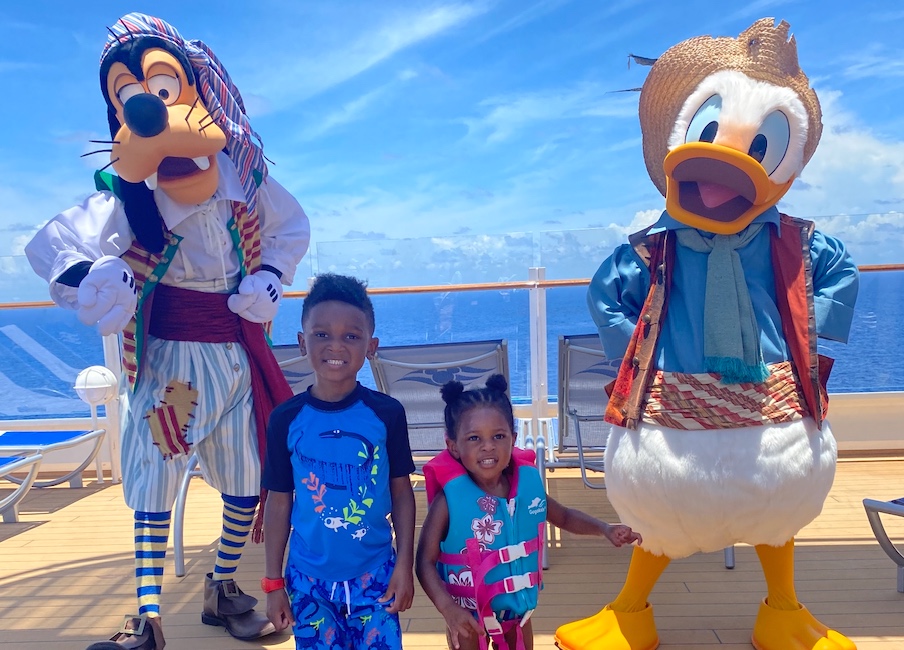 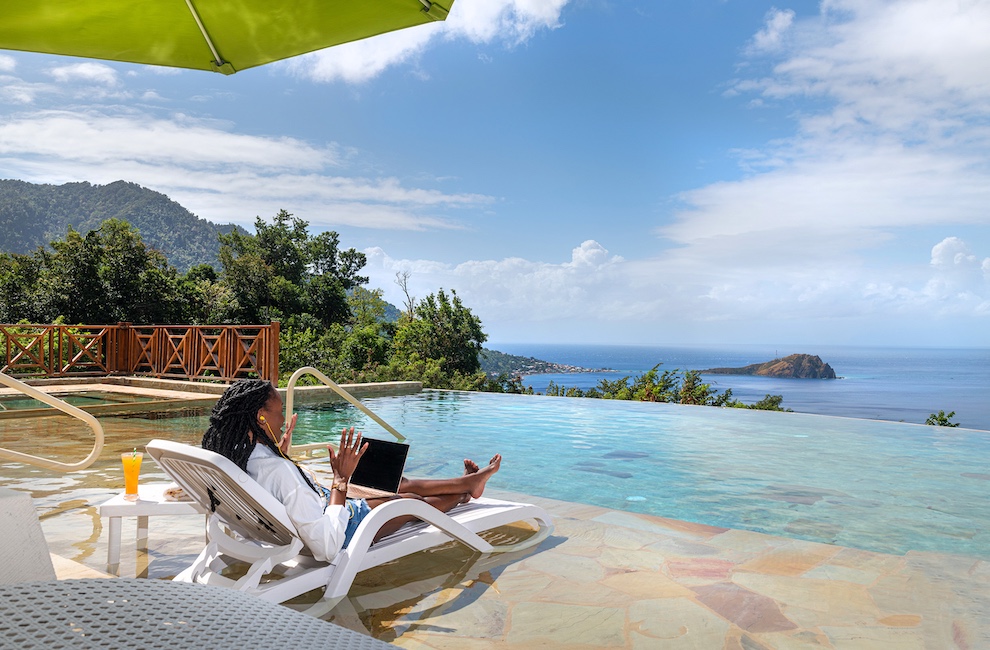