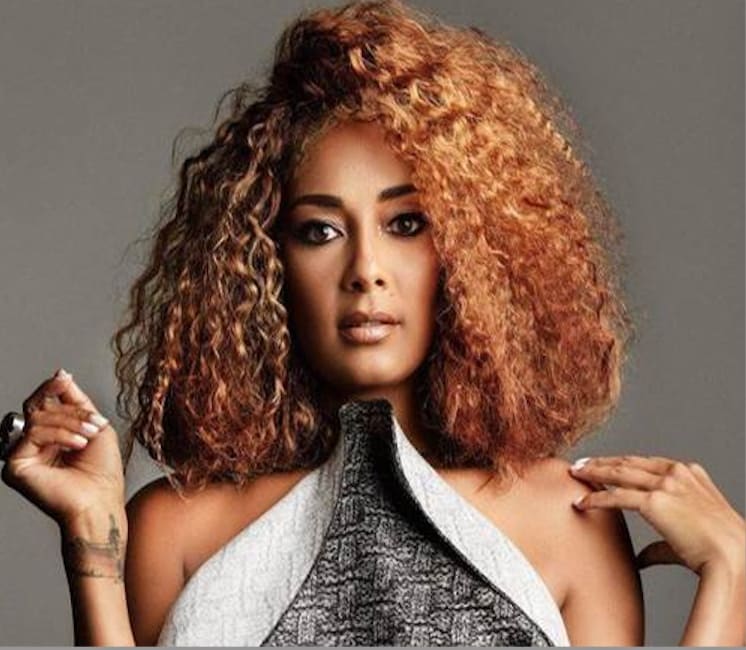 Amanda Seales is a comedian and creative visionary with a Masters in African American studies from Columbia University. You know her as, “Tiffany DuBois” of HBO’s “Insecure” and her HBO stand up special, “I Be Knowin,” and as a former co-host on the talk show “The ‘Real.” The creator and host of the hit live, and now virtual, music/comedy game show, “Smart Funny & Black,” she speaks truth to change via her wildly popular Instagram and weekly podcast, “Small Doses,” and book by the same name. She recently launched her membership community app, “SFB Society,” a social media community for “us.”

In recent months the world has witnessed Naomi Osaka and Simone Biles, both Black women athletes, at the highest level of competition, stepping up to say they’re stepping back in order to protect their mental health. This, like basically anything Black women do, has drawn the ire of white pundits, dotish contributors, and the like, who have the unmitigated gall to fix their thin lips and nescient voices to suggest that these women are, “spoiled” “weak” and “irresponsible” for choosing themselves over their sport. However, as fellow athletes, mothers, performers, corporate professionals, etc—many Black women who have witnessed these two sistas have drawn comparisons to their own lives, and the pursuit of the courage to say, yes, to saying, no.

In my book, Small Doses: Potent Truths for Everyday Use, I talk about the archetype of the “strong Black woman”:

The reality is we’ve become strong out of necessity, not by choice. Our resolve and resilience has been toughened not because of a desire to ascend but because of a demand to do so in spite of the constraints surrounding us. We have never been widely regarded, protected, or preserved. We have consistently been admonished, abused, and appropriated. We have had to design our own shields, form our own foundations, and be each other’s fortitude. So, yes, our strength is noble and honorable and commendable. However, it is far too often recognized but not received.

In essence, our strength is permissible when it is for the sake of everyone else. Yet, the proof is in the pundits, that when we apply that same strength to our boundaries, our self-care, or anything else that may serve us while making us unavailable for depletion, it is cited as something problematic and in need of control. Don’t believe the hype. The often quoted Malcolm X declaration that, “The most neglected person in America is the Black woman” is often quoted because it is so often demonstrated! Thus, it is high time we not only take care of ourselves, but also support each other, and not be labeled “selfish” for doing so! Selfishness is putting oneself first, in neglect of others and this is simply not that! What anyone who ascribes “selfish” to these, or any women who are resolute in their responsibility to self, fails to acknowledge is that within their expectation of service lies the roots of racism. Their expressed entitlement reeks with misogynoir. Their forthright frustration is whined to the tune of objectification. The notion that an act of self-awareness and living in truth is neglectful others is myopic and misogynist.

Thus, I need that accusation to be kept at least six feet of distance from any conversation involving Black women choosing to exercise self-love. Because that’s what saying, yes, to saying, no really is. It is providing one with the language of choice. And far too many sistas feel like that option is not their right. It is.

Issa Rae on Leaning In to Support Black Businesses

Aside from the simple fact that all humans have the right to choose to love themselves, as long as their version does no harm to others, Black women have raised this country on our breast milk and guiding hand. We have taught this country from backwood one room schoolhouse to Knight Chair of Journalism at Howard University (we see you Nikole Hannah-Jones!). We keep this country’s economy booming with our spending power. We have legit saved this country with our activism, organizing, and unwavering commitment to understanding and dismantling the mechanisms of every angle of the system with the efforts to one day finding the skeleton key that destroys it. Our benevolence is borderless. Our talent abounds and the world over, the common conscious or subconscious thought is that we are still for sale; property to be told not heard and tolerated not considered. We do not owe our peace of mind to a society that would prefer we remain furtive in our efforts to thrive.

Naomi and Simone are young women who early in their lives are exercising the power of, “No”. But it is not their fame or celebrity or youth that affords them access to it. It is that they know what they have put in. They know what they have contributed. They know that in requesting understanding for their decisions, they are not asking for anything even close in relation to what they have given with their bodies, minds, and time for the majority of their short lives. I invite us all to consider that for ourselves– taking a midday pause to ponder, “What have I contributed to this space.” It is more than likely that you will be pleasantly surprised with how much you’ve invested. And even if you have not invested blood, sweat, and tears, an honest, “No” is far more effective than a begruding or unsure or coerced, “yes.” Thus, we must embrace the pedagogy of self awareness as practice. To do so doesn’t make you, weak, or spoiled, or irresponsible. In fact it does the opposite, along with identifying you as someone who recognizes your value and that as a grown woman knows it is solely up to you to preserve it!

Black Thought: The Renaissance is over Wi-Fi

Amanda Seales is a comedian and creative visionary with a Masters in African American studies from Columbia University. You know her as, “Tiffany DuBois” of HBO’s “Insecure” and her HBO stand up special, “I Be Knowin,” and as a former co-host on the talk show “The ‘Real.” The creator and host of the hit live, and now