[The Upload] Aniyia Williams is a Wearables BOSS

We’ve all read the headlines about #ProjectDiane, a recent study conducted by Digitalundivided that revealed that being a Black woman in Silicon Valley trying to raise capital is almost mission impossible. So imagine the unconscious bias that must rear its ugly head when it’s a Black woman who is also pregnant.

That’s the story of Aniyia Williams, CEO and co-founder of Tinsel, a company that makes wearables with its first product The Dipper, a necklace that’s also a pair of headphones, set to launch this spring.

“I tried to keep the pregnancy under wraps for as long as I possibly could,” says Williams. “I didn’t know how it would be taken and some people said it shouldn’t matter while others said I should wait until I’ve had a couple of meetings. I wouldn’t say I experienced any outward bias because of the pregnancy, but I know it had an effect on some of the other opportunities we could have taken part in while building the company because I was physically unable.”

Still, the company got off the ground and has succeeded in raising hundreds of thousands of dollars in seed money, including a $50K campaign on Indiegogo, all without having a technical cofounder. The lack of a technical cofounder for a hardware company can spell disaster in Silicon Valley, but Williams has been fortunate enough to make crucial connections that enabled her to bring her product to fruition. Here, Williams talks with The Upload about her experiences bringing Tinsel to life. 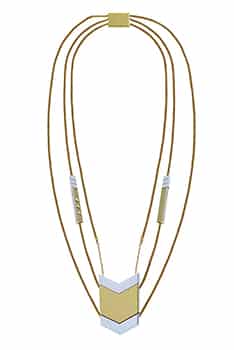 EBONY.COM: What was it like being pregnant and starting a tech company? Aniyia Williams: I was well into my sixth month by the time I actually told even some of my family. Knowing that I was going to start fundraising, I didn’t want to play all of the cards in my hand too soon. By the time I was actually out there talking to people I was very visibly pregnant and I would make sure I told people. Since I was the leader of the company I knew that some things weren’t feasible, for instance, attending events that I needed to get on a plane to go to. I would say even now as a new mom I know that I can not be away from home for more than a few days. So in that way it’s a little saddening to know that these are sacrifices that I have to make in being a new mother and CEO.

EBONY.COM: Have you been part of any accelerators or incubators? AW: For the accelerators we looked at, they saw us as a company building a hardware product, and felt like we really needed to have a technical cofounder. So we ended up putting together a really great team to develop the product and we ended up working with a contractor that has done this many times, which I think ended up being better for us because they had more experience than anyone we could get to come on as a technical cofounder. In addition, we were able to work with the engineering resources at the factory that’s making our product. We were able to connect with the factory much sooner in the process and I think has given us a little bit of an edge.

EBONY.COM: How did you research the product to know you should bring it to market? AW: It’s funny because really where it all started was a little bit of selfishness. I have this love/ hate relationship with my headphones. They’re always in the bottom of my bag or need to be untangled. I knew I wanted to solve this pain point and I was kind of sure other women had it too, but it was pretty much anecdotal up until we started building the company. Because I was looking for this product and I couldn’t find it; I started to think that maybe I could be the person to make it.

I was very fortunate in getting the boss at the company where I worked to give me some seed money. What I feel was the true test was when we did an Indiegogo campaign last fall with a reasonable goal of $50K to see if women would put money on something like this. We were able to raise $55K through the campaign and we also got a little bit of press coverage. It validated what we were thinking in the last few months; that consumer electronics in general are not designed with women in mind.  We’re constantly getting some clunky plastic thing they decided to make pink. I want to turn that on its head and think about how we want to express our sense of style now that technology is always in our hands.

EBONY.COM: What were your other goals with the campaign? AW: The most important thing aside from getting the funding was feedback. We want to continue to be a company that is building a product based off of what people feel they really want and need. One of the main pieces of feedback we got was that they wanted to see the main pendant of the necklace get slimmed down and so we found a way to do that. And people talked about that for this price point the sound quality had to be awesome. From what people saw in the campaign photos to what we have today and are getting ready to manufacture soon has changed quite a bit.

EBONY.COM: How did you get the manufacturer commitment so early in the process? AW: Much of what made this possible is through network and access to people. Even more than money itself; relationships are currency when trying to build something from nothing. The first angel investor connected us to a friend who was an industrial designer and he agreed to be an advisor. He introduced us to the team that is working on our product development and they had experience building consumer electronics and connections with manufacturers.

EBONY.COM: Not everyone has access, i.e., they didn’t go to Ivy League, they don’t live in San Francisco, they didn’t work for a tech company. What do you say to them? AW: I don’t come from an Ivy League. I’m very fortunate that I ended up moving out to San Francisco, which is basically the land of opportunity in tech, and ended up at a tech company and was lucky enough to work with someone who had the kind of money and was able to invest into my company and then connect me to his friend. That’s not where people are starting out square one. Knowing that has made it very important to me to try to be able to solve that problem for other people. In that vein, it’s just been announced Saturday at SXSW that I’m going to be the new Entrepreneur in Residence in San Francisco for CODE2040.

EBONY.COM: Given your background as a musician, although you did work in marketing at a tech company, what made you think you could run this company? AW: The theme throughout everything I have done is that I love to create things. I am a creator. From creating music to all of the hobbies , I love to make things so when I started to think about the idea I had for Tinsel, even before I was able to put together the team, I went to Michael’s and bought beads and clay and headphones and took things apart and put them together until I could find someone to take it to the next step.

EBONY.COM: What is the current state of wearables and where do you see the market going? AW: It’s still in a really early stage that is both exciting and troubling. There are still some chasms that have to be bridged to take it to the next level. One is power in terms of charging. For many of these wearables, if it’s not charged it’s not doing anything. And if it’s not something that’s pretty and requires you to change your habits it can be hit or miss.

Where I think we can thrive is putting the lens on women in terms of their daily interactions with technology. What is important to them and how can we make their lives easier through technology in a way that’s unexpected. We didn’t make headphones, but being able to transform them in the way that we have; a lot of women are seeing the value. There’s so much more room for taking the things we already love to adorn ourselves with that have no utility whatsoever and giving it some sort of functionality.

EBONY.COM: Is it always going to be headphones? AW: We do see ourselves going beyond the audio. We have another design in the queue that we’re exited to develop this year and we want to keep coming out with new concepts and ways of solving problems for women that really resonate with them in ways they are excited about.

Lynne d Johnson has been writing about music since the early 1990s, tech since the late ’90s, and the intersection of technology and everything else since the early 2000s. She currently writes, teaches and consults companies on how to better engage with their audiences. Follow her on Twitter @lynneluvah.