Welcome to the 6: Explore the Vibrant Side of Toronto

Given the fact the economy is still the number one concern for many black families, we often find ourselves looking for exciting vacations that won’t break the bank. But is it possible? Is there a place where one can sample exotic cultures, award winning food, great theater and shopping without having to declare personal bankruptcy? There is. One hour north of the border from Niagara Falls lies Canada’s largest and most important city. Toronto, or ‘The 6’ as it’s been nicknamed by hometown superstar Drake, is a thriving, cosmopolitan metropolis of almost 3 million people (5.5 million in the Greater Toronto Area). Walking through the many unique and diverse neighborhoods the city has to offer, one can truly appreciate just how diverse Toronto is.  Half the city’s population was born outside of Canada, 47% of the residents are visible minorities and over 140 languages are spoken. Waves of immigration from Europe, Asia, the Caribbean and Africa have created a potpourri of different cultures in this multicultural city on the shores of Lake Ontario. Grab a Jamaican beef patty, a Trinidadian roti or a strong cup of Italian espresso and settle down for a few hours in one of the Toronto’s many vibrant neighborhoods to appreciate the pulse of the city.

The black community in Toronto is the largest in Canada and it too reflects the different waves of immigration that have enriched the city. Large numbers of Caribbean immigrants who settled in the city in the 1960’s and 1970’s have been joined in recent years by immigrants from various African nations. Throw in a sprinkling of black residents who trace their presence in Toronto back several generations to when their ancestors escaped slavery in the United States via the Underground Railroad, and you see a black community that was a vital part of Toronto’s past and is a significant part of Toronto’s future.

Every summer Toronto’s Caribbean community comes together for the Toronto Caribbean Carnival, which is still lovingly referred to by its original name – Caribana. First started by a group of Trinidadian immigrants in 1967, this festival is a three week explosion of Caribbean food, culture and music culminating in the Grand Parade along Lake Shore Boulevard. Caribana draws thousands of visitors to Toronto from all over the United States, the Caribbean and beyond. Another summertime festival worth visiting is Afrofest. According to organizers Afrofest is the largest free African Music Festival in North America. It runs from July 6-9th, with the last two days taking place at Woodbine Park. Listen to headlining African musicians, shop for African crafts and sample African food at this festival that draws large numbers of Torontonians and visitors alike. 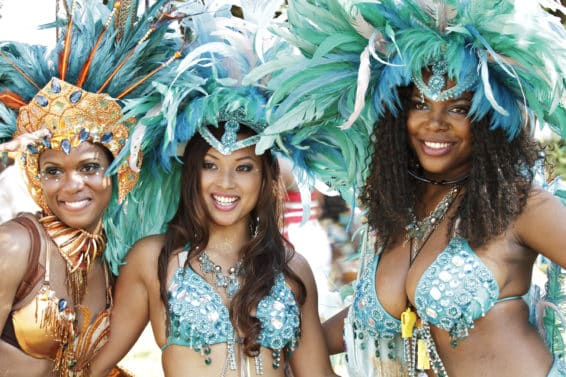 After a day of sightseeing visit one of the city’s many great restaurants to unwind and satisfy your culinary desires. Try ‘The Real Jerk’ for authentic Jamaican cuisine or ‘Harlem Restaurant’ and its sister restaurant ‘Harlem Underground’ for Caribbean and African American cuisine with a modern twist. 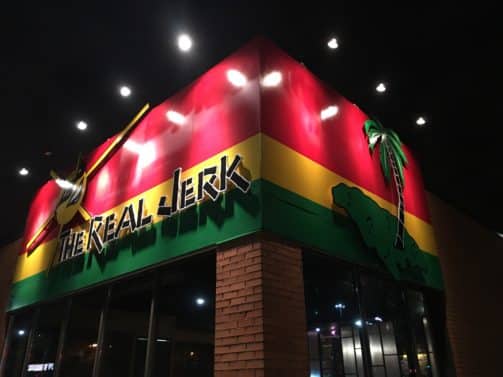 If you’re bringing your kids, Toronto is a great vacation destination for families. The newly opened Ripley’s Aquarium as well as the Toronto Zoo are big draws. Or take a ferry over to Centre Island to enjoy the amusement park, beaches and picnic areas.

Getting here is easy. Toronto is served by Pearson International Airport and the smaller Billy Bishop Airport. It’s also an easy one day drive from most cities in the Northeast and Midwest. So the next time you’re looking for a quick getaway or a family vacation, consider ‘The 6’. Whatever your desire Toronto is destined to satisfy.

Jason Peat is a writer, actor and occasional contributor to a morning show radio round table discussion. The British born, Toronto raised son of Jamaican immigrants is also the principal at Blythwell Services – a lifestyle management firm. You can follow him on Twitter and read his blog.