The past and present-day status of the Obamas both as Americans and revolutionaries by the virtue of their race is an exciting topic, an exploration—in good and bad—of where the nation is ideologically. It took years for the media (and perhaps Black folks, too) to treat their family unit as more than “firsts,” with greater depth than simply the shiniest, prettiest jewels in the attic. But finally, we made it here—just as we approach the beginning of the end. EBONY revisits seven years of an extraordinary family life in pictures; writer Rembert Browne considers what it all means.

At some point, even if just for a day, every Black person has taken the Obamas’ existence for granted. And not simply in the sense of a Black family serving as First Family. It’s as much about their being Black as it is what their family, steeped in the tradition of many Black families, stands for, represents, illuminates and prioritizes. In the spirit of self-care (as well as denial), it’s hard to accept this reality as fact, but it’s true: We’re reaching the final season of The Obamas, or as Nightly Show host Larry Wilmore calls it, “The Unblackening.”

Their influence will continue to permeate, of course, and we’ll continue to care indefinitely. When we see Malia graduate from college; Sasha arrive (fingers crossed) at Spelman; Barack kiss his first grandchild; and Michelle get her own early-afternoon Oprah time slot—we’ll still care. But the final lap is very much within sight.

Much of the story of the Obamas has been the way they’ve been presented to the world, the way they publicly exist, as a group. A new photo of the First Family—much like a surprise Beyoncé album, an Idris Elba selfie or a holiday 227 marathon—is one of the few things in our society that genuinely has the ability to stop time. Even if for a moment, witnessing this Black family experience things previously known only by those White and immediate to the president, it stops you in your tracks-—and catches you totally off guard.

Conversely, seeing this Black family do things that every other American family does can also momentarily strike you with emotional paralysis, causing that same overwhelmed sensation. Whether they are staged or caught in action, aware of the cameras or snapped in the increasingly rare candid moment, in 2008 or 2015, and even as the country has gotten used to the idea of Barack-Obama-as-president-of-the-United-States-of-America, the sight of the Obamas as the First Family is still reaction-inducing.

And it still has the ability to make the whirlwind chaos of the world feel, briefly, unimportant.

The Obamas Before “The Obamas”

There is one photo in particular (see previous page) that truly stands out above the pack, even a decade later. It’s their family holiday card from 2005, the first time I can remember seeing the foursome in a single shot. Paid for by Obama 2010 Inc. (back when then-Sen. Obama was considering another run for Congress), the image shows Barack and Michelle sitting together on a brown sofa chair, with 4-year-old Sasha in her mother’s lap and 7-year-old Malia in her father’s. Over the years, the stylings of the Obamas (especially Michelle and the girls) have gone from fashion-forward to Fashion Week. In this picture, however, Malia sits, comfortably, with her hair in twists, and her cheeky little sister grins with her hair pulled back, kept together in a barrette. There’s a noticeably off-center part in her hair (that might be the work of her father). And because this was before they began to receive full glam-squad treatment—naturally—the do-it-yourself theme was turtlenecks. The daughters wore matching white ones, Mom donned a more cream getup, and Dad went with jet black. Behind them, a few red candles. And next to those candles, some festive poinsettias. While only an image, if you look at it for long enough, you can almost hear Michelle humming, “Hang all the mistletoe/I’m gonna get to know you better” while Barack taps his foot—almost on beat—to “This Christmas,” the seasonal Donny Hathaway standard that we know is playing in the background.

The image both reeks of normalcy and drips with unattainability, the two worlds the Obamas have publicly straddled since becoming The Obamas. Every so often, they remind you of things that feel familiar: that family you know from the neighborhood, from church, from work, from the PTA, your own family. Typically, however, the distance is sizable—they’re better than you at looking happy, at traveling the world, at meeting important dignitaries such as the Pope and at becoming etched-in-stone members of Black History Month programs as well as fixtures on the walls of elementary schools, churches, barber shops and beauty salons across Black America.

The word “perfect” is often used to describe our First Family, but below the superficial flattery, the term is loaded. The perfect family, the perfect daughters, the perfect marriage, the perfect life. As a knee-jerk reaction, that response to this beautiful, upwardly mobile and nuclear Black family makes sense—hyperbole is currency—but it comes as much from the pedestal we’ve placed them atop as it does from those genuine moments we can tell they crave nothing more than their pre–First Family simplicity.

When you see the president launching jump shots in a suit, clearly wishing he could throw on some shorts and play 5-on-5, it’s a glimpse. When the daughters are caught eye-rolling at an event they have to attend—because they’re teens and eye-rolling is what teens do—it’s a glimpse. When Michelle is at a party and starts dancing, then really starts dancing and slips back into Chicago’s Michelle Robinson, it’s a glimpse. Since Jan. 20, 2009, the Obamas have walked the line of letting us in, but not letting us too far in. In this culture of celebrity—a culture the Obamas firmly exist within, perhaps more than any other U.S. presidential family to date, thanks to the Internet and a 24-hour media cycle—the raw peeks into their life are gifts; the walls they’ve erected to maintain privacy while exuding the extraordinary are for their own survival. We as a public crave both sides of the Obamas, the ordinary and the archetypical. And because they’ve masterfully navigated this balancing act, neither outweighs the other; both are crucial to what they represent as a First Family, as a Black family, as an American family.

As popular, charismatic and, in the early days, Messiah-like Barack Obama was, he never outpaced his family. As easy as it was to think, at length, about Barack, it was increasingly difficult to consider him too much without thinking of Michelle—his wife, his rock, his intellectual equal, his cuddle buddy, his exceptional plus-one, his style icon, his cooler half. And as #RelationshipGoals as Barack and Michelle often were, you couldn’t fall too deep down the rabbit hole of them as husband and wife without thinking about Sasha and Malia as their children, whom we watched grow from little girls to young women.

The common narrative about Michelle’s mother—Sasha and Malia’s sole living grandparent—is that she was brought along for the ride, as if she needed somewhere to live, LIKE BARACK AND MICHELLE COULDN’T FIND A NANNY IN THE DISTRICT OF COLUMBIA.

Mrs. Robinson became a part of the First Family, moving into the White House in 2009 when Barack became president, not because they had extra rooms but because she was needed. The first live-in White House grandmother in 50 years (since the Eisenhower administration), Mrs. Robinson went to work, because that’s what you do when something shakes up the typical family order and suddenly, the children need help being properly raised. There isn’t a cool-sounding Obama tweet exchange, candid family photo or expertly crafted hip White House Spotify play-list that can match the Black normalcy that exudes from having Grandma in the White House. Without knowing any specifics, a Black grandmother in the White House assures thousands of “firsts” at 1600 Pennsylvania Ave., be it the first shipment of bean pies, the first time someone has rubbed cocoa butter on a sitting president’s ashy elbow or the first time someone has offered to “take over” Thanksgiving dinner.

Sometimes, the Obamas feel fictional, in their oft-unattainable existence that constantly wades in uncharted, elite waters. But they’re real. They’re so real. And part of their realness exists in plain sight whenever you see them together.

Just look at any picture of their family. They’re always holding on to one another. Tight. Yes, that’s love and affection, but it’s also a statement—internally and for others to see, haters and admirers alike—that they’re in this together. That they’re going to make it from the beginning to the end. That you can’t break them. And that, quite frankly, this privileged life can be very hard, but that’s what family is for.

Above everything else, that’s what the Obamas represent: perseverance. Depending on each other at all costs. As a public, we need them to hold it together for eight full years. And they’re so close to the end. Selfishly, we’d love to have them around in this capacity for much longer, but we all know they deserve to move on—as a family. They’ve earned it. 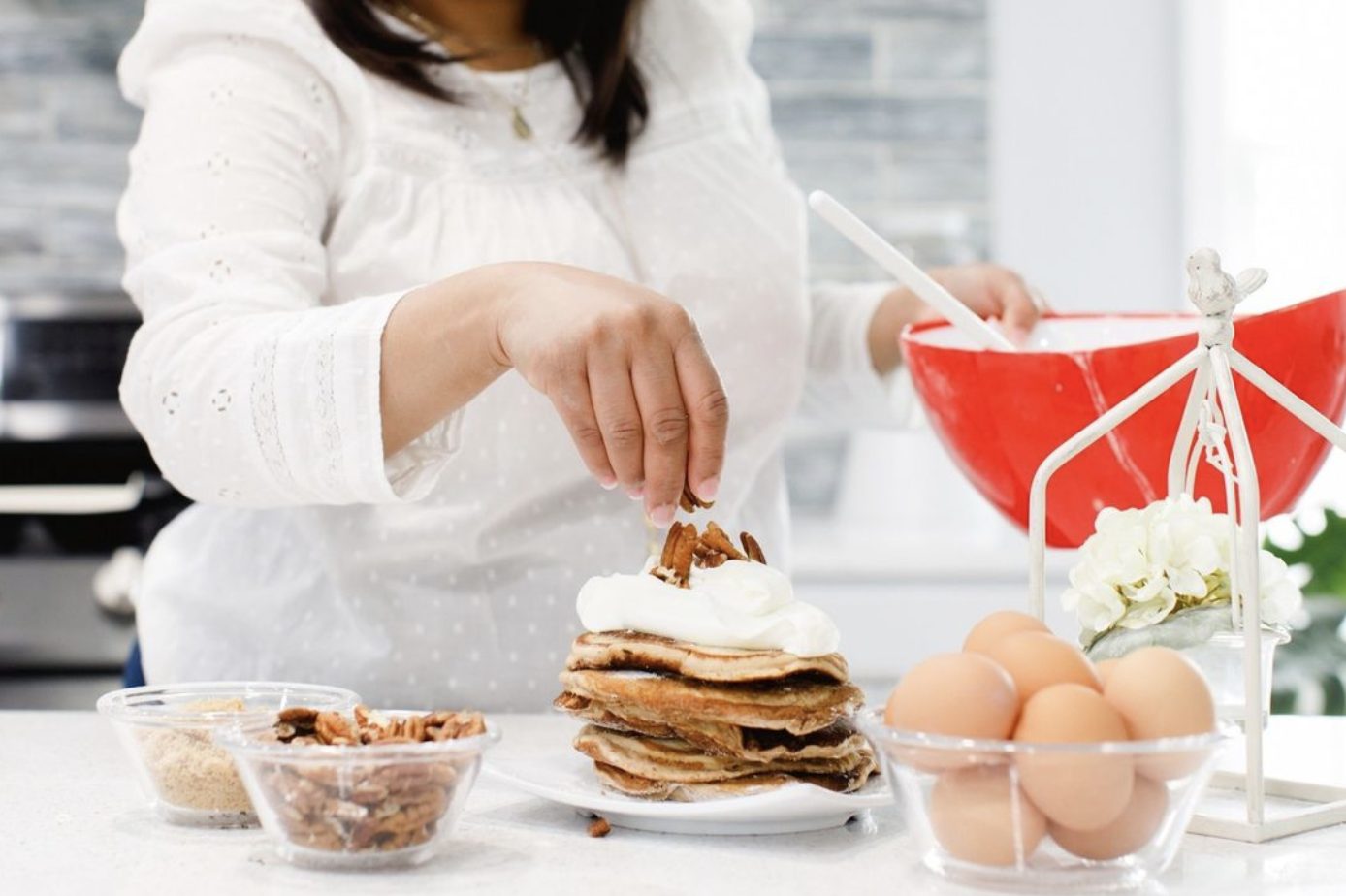