What happens when your most engaged demographic is receiving the bulk of the violent threats and retribution on your platform? Not much if you’re a tech company.

Black communities built social media. Our penchant for online communication drives the growth of platforms like Twitter, Instagram, Snapchat, Clubhouse, and more. With the isolation of a global pandemic came a greater need for online connections. Through communal bonding, we could feel like the world was bigger than what we saw in front of us. We laughed together and brought joy to each other.

Following the violent death of George Floyd, the need to coalesce around a response was readily apparent. At a time when our lives were at risk because of a viral outbreak, we knew that the potential death outside of our homes because of police brutality would continue should we not organize against it.

But while Black people were using tech to coordinate efforts for meaningful social justice, white nationalists and violent hate groups were acting as well. Their calls for death and destruction were shielded by the inaction of social platforms. The companies’ fear of drawing the ire of conservative politicians and media has resulted in a surge of alt-right speech. The language that encourages mass shooters to carry out heinous acts against protestors has not ceased. The same tech systems that give rise to the best of the world are also facilitating the worst. Social media companies have put Black people’s very existence at risk.

Punitive action has been taken, but the bulk of it seems to be directed at Black users. Black people around the world have long voiced complaints of having their posts taken down and accounts suspended or closed without recourse, just because their posts addressed Black issues. On the other hand, white users are weaponizing what are supposed to be helpful features, like reporting violent posts, to trigger the silencing of Black voices with false accusations of racism.All the while, tech companies continue to sit idly by, hiding behind self-proclaimed unbiased artificial intelligence. The higher-ups making the decisions regarding what goes and what stays on the platform are statistically White and Asian men. Black voices inside of the companies that can advocate for change are few and far between.

Like its Silicon Valley predecessors, TikTok has grown its company thanks in large part to Black content creators and other users who have co-opted and repackaged Black culture. Already, TikTok has been accused of silencing Black voices and hashtags around which Black people congregate. Facebook, a platform on which internal research shows Black users on average engage twice as much as other demographics, has been an ongoing repository of account suspensions of vocal Black users.

After suspending the account of former President Donald Trump, Twitter set off a wave of similar actions among other tech companies. However, the decisions came after years of the leader in the highest office in the country stoking racial hatred and violating the platforms’ terms of service over and over again. As ever, the platforms prioritize steady growth over disruption. The Black people victimized by this myopic trajectory are casualties of ambition.

Speaking up against tech platforms who wield the power of hundreds of millions of users can feel like talking to a brick wall. These companies have no incentive for change as long as the advertising dollars continue. However, there are two major issues that tech companies fear: negative press and the threat of government regulation. Most major changes to the safety and security features of the platforms can be attributed to either of the two, and so Black people must bring both motivators to the table.

Governments have so far been unable to regulate tech because they simply don’t know how. Many politicians’ knowledge of the inner workings of Silicon Valley is based on the lobbyists in their ear and the bits of information they’ve gleaned from sporadic hearings with tech executives. The platforms often hide behind proclamations of being agnostic but the existence of algorithms that prioritize certain content show that isn’t true.

It’s time for politicians to stop asking questions that leave room for evasion and to start demanding clearly outlined solutions backed by legislation. Tech companies will always be above the law when there aren’t any laws to hold them accountable.

Traditionally, government officials are moved to action by public pressure. That attention is often spurred by media coverage of social protests. Unrelenting pressure from a mass of Black users calling out unequal treatment is necessary to turn discourse into corporate responsibility. Aggrieved users should not be distracted by rushed donations to Black causes, bouncy ad campaigns fronted by Black influencers, colorful graphics featuring diverse faces, shallow media quotes from executives and the other performative ways tech companies acknowledge Black issues. Real change happens from the inside out.

As the most engaged and prized demographic, we should be emboldened to demand better treatment from the platforms whose pockets we ultimately line. Should we not flex our strength in coordinated actions, Black people will still be left to struggle in the minefield of social media.

There comes a point in every cycle of Black American history that requires communities to rise up against the systems that cause us physical and mental harm. From the fight against Jim Crow laws to the modern civil rights era, Black people have always fought back against the violence inflicted on us.

Tech platforms and come and go, but the struggles of being Black online will continue unless we stand up for change. Lives are literally at stake.

Mark S. Luckie (@marksluckie) is a digital strategist, former journalist, and author of “The Digital Journalist’s Handbook,” “DO U.” and his new novel “Valley Girls.” He has led media partnerships for Facebook, Twitter and Reddit and digital initiatives for The Washington Post, The Center for Investigative Reporting, the Los Angeles Times and Entertainment Weekly.

Stay Cool and Refreshed With These 10 Creative Cocktail Recipes 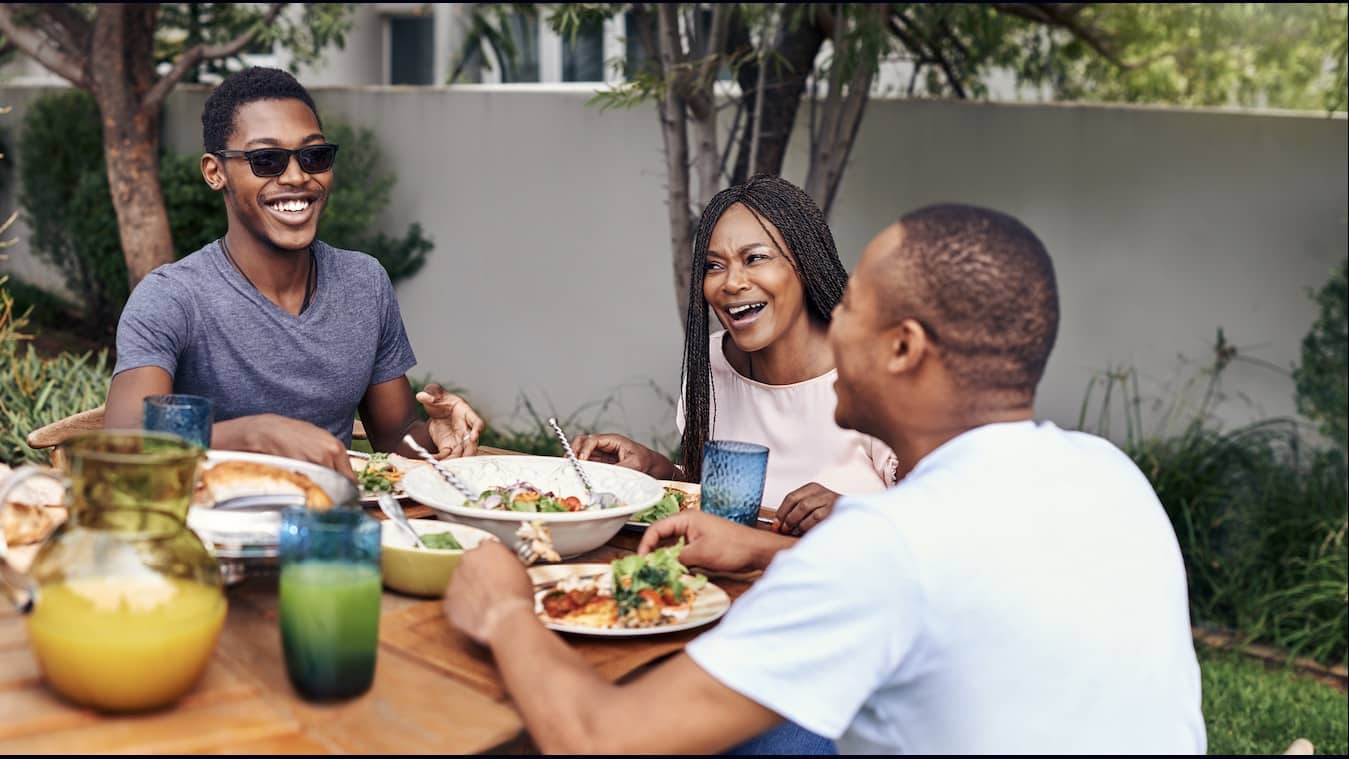 Kick Back & Turn Up—Recipes & Advice for Your Summer Cookouts 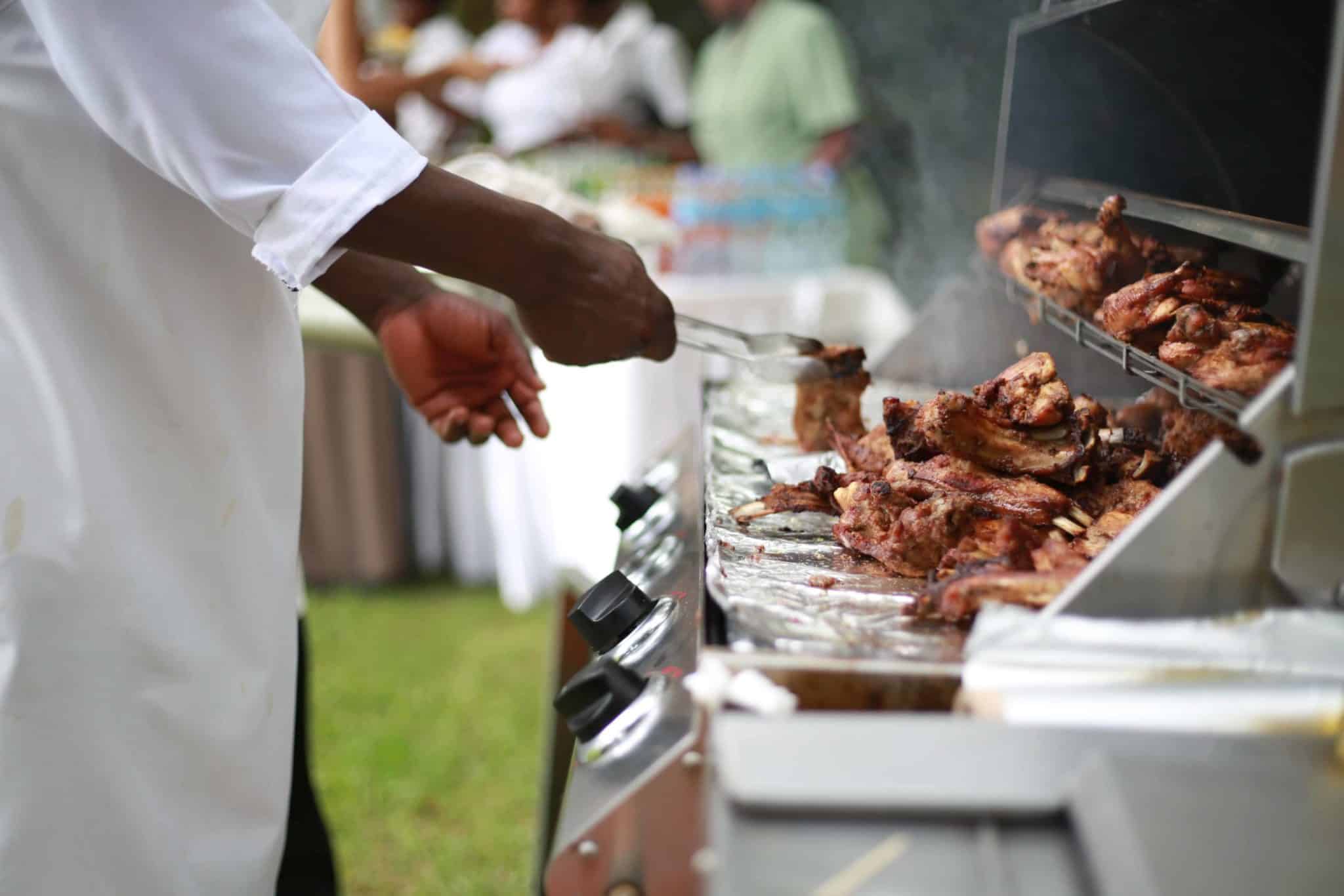 Smart and Tasty BBQ Swaps for the Health-Conscious