EBONY has been a portal of Black history, serving as a time capsule that has captured the essence of Black people, chronicling our stories, and bearing witness to our collective excellence, documenting not just our struggles, but also saluting our many triumphs, for 75 years and counting. Greatness was embedded in the EBONY DNA by the great John H. Johnson, who founded this publication and the equally iconic JET, during times when mainstream media thrived on championing our collective demise or completely erasing our very existence. In these pages, there was never a question of if our lives mattered or a doubt about the brilliance we contributed to the world. So, it’s not surprising that present-day creatives like the prolific and dynamic Lena Waithe–who graces our May 2021 digital cover–tap into past EBONY issues as a source of history, pride and inspiration to keep moving the culture forward.

These ten covers, curated by Waithe, provide an overview of how versatile EBONY has been throughout its history. As a publication birthed during a time when it was so tough for Black magazines to find their niche and stay afloat, EBONY found a way to be everything to almost everybody, delivering all you need to know with all you wanted to know too. It’s rich heritage and powerful legacy is simply unmatched.

When EBONY put the now icon on its December 1954 cover, it presented the shocking exposé, “Why Negroes Don’t Like Eartha Kitt.” The piece explored why some Black folks took issue with Kitt at the time, whom a lot of us know as Lady Eloise from Boomerang or as Catwoman. It also offered other insight. Here is an excerpt:

“What is the real truth about Eartha Kitt and Negroes? Is she really disdainful of her own race? Is she trying to ‘go white’? To get the real story about the Kitt personality and her relation to Negroes, EBONY went to Eartha herself, to her closest friends and to those who have insisted she looks down on Negroes.

The facts are that Eartha is neither aloof nor a snob but a very complicated, much-misunderstood personality. In her own way, in the short space of two years, she has achieved a kind of private integration that has completely absorbed her into the white world and thereby angered some Negroes who resent her insistence on winning fame as a raceless, talented star rather than a Negro entertainer.”

THE LEGACY IN MY NAME

This cover image of Lena Horne is from the MGM film Ziegfeld Follies, released in 1946 with an all-star cast, including Fred Astaire, Judy Garland, Gene Kelly, Esther Williams and Lucille Ball. At the time, she was signed to a seven-year contract with MGM, making her the highest paid Black actor at the time. In it, she stipulated that she would not play stereotypical roles. That stipulation stumped MGM, which worried about angering white Southerners. But because they were paying her so much, they found ways to use her. As a result, Horne, who was already an established music star, was largely placed in musical roles that could easily be cut, if necessary. This film, the third in a franchise inspired by the popular revue meshing Broadway with a more high-class vaudeville and variety show, lent itself to that formula, however. Like Fred Astaire and Lucille Ball, Horne appeared as herself and sang “Love,” a standard.

Mary Smith, mistress of ceremonies of her own show at the Savannah Club in Greenwich Village in New York City, graced this cover and not Sarah Vaughan. The tail-end of the cover description reads “Mary has many changes of costume—one of the most daring of which is the black lace over skin-colored tights shown on this cover.” The Savannah Club was an all-Black cabaret-style burlesque club, one of the very few venues outside of Harlem.  Yet, “The Stormy Love Life of Sarah Vaughan,” as the cover shows, was also of keen interest and detailed in a story filed under “Marriage.” During this time, the great jazz singer, who was born in Newark, NJ in 1924 and passed away in 1990 in Hidden Hills, outside L.A., was married to trumpeter George Treadwell who, as her manager, was instrumental in her stardom but the union, as EBONY revealed, was not a happy one and they would divorce just three years later.

Los Angeles native Jeanna Limyou, a Black and Asian beauty queen, graced this December 1955 EBONY cover where Hollywood and Black folks was a hot topic as an example of the up-and-coming talent with eyes on stardom. Citing Dorothy Dandridge’s success, EBONY was optimistic about the future of the young Jeanna Limyou in this article.

“Almond-eyed Jeanna Limyou, Ebony’s alluring cover girl, is a sun-bronzed California teenager with a face and figure that could stop traffic on the Pennsylvania Turnpike,” reads an excerpt. “Only 17 years old, Jeanna is one of the most charming and talented youngsters in the new crop of Negro lassies seeking fame in motion pictures. Conceivably, her break could come soon for Hollywood is changing its attitude toward Negro actors and actresses. Movie people who only a decade ago would not dream of giving a Negro performer the “big build up” are doing an about face that holds real promise for the Negro stars of the future. Dorothy Dandridge got the glamour treatment in the highly successful (it grossed $5 million) Carmen Jones and both Dorothy and Lena Horne are in line for other good roles.”

According to IMDB, Limyou, who continued modeling and danced for Sammy Davis Jr.’s one-man show as well as married Los Angeles Dodgers star Willie Davis, only got two roles—the 2015 short film Mr. Boogy and an uncredited role as “Negro Woman” in the 1958 South Pacific, which is considered a classic.

AN ICON CAPTURED ON THE RISE

EBONY was quick to recognize Sidney Poitier as “Hollywood’s First Negro Movie Star” with this cover of him and his first wife Juanita Hardy in May 1959. This was months before his starring role with Dorothy Dandridge in Porgy and Bess that December, but on the heels of Our Virgin Island and The Defiant Ones the year before and roles in four films in 1957 (The Mark of the Hawk, Band of Angels, Something of Value, and Edge of the City). Just four years later, he would star in Lilies of the Field, for which he would become the first Black person to win the Oscar for Best Actor.

A LEGEND IN HIS TIME

If there were any doubts about Sammy Davis, Jr.’s star power, it was erased with this cover. Davis appearing on the cover with his Rat Pack crew of Frank Sinatra, Dean Martin, Peter Lawford and Joey Bishop for their film, the very first Ocean’s 11, was major for both him and EBONY. Regardless of how rough Davis’s relationship would get with Black people, his star power was never in question and this was a pivotal moment. In the film, he plays a war hero and talented baseball pitcher who, in keeping with the times, still wound up a garbage truck driver. But only this garbage truck driver, as the cover shows, had lots of style. In fact, the brown suit he wears in the film is an iconic look still. The entire movie captures and defines “cool” for the early 1960s and beyond.

This is an iconic cover of Sidney Poitier and Diahann Carroll for Paris Blues, the only film in which they starred as lovers. Paul Newman and his wife Joanne Woodward also star in the film about American ex-pat musicians, played by Poitier and Newman, who romance two friends on vacation, played by Carroll and Woodward. Duke Ellington scored the film and Louis Armstrong also played and co-starred. Only three other magazines got photos for the film from photographer-turned-film producer Sam Shaw, most famous for the iconic shot of Marilyn Monroe’s flying skirt over the subway grate, and they were Life, Paris Match and L’Europeo.

This solo EBONY cover of Diahann Carroll celebrated her becoming a star in her own right with her hit Broadway musical, No Strings, for which she would later win the Tony for Best Performance by an Actress in a Leading Role in a Musical, a historic first for Black female thespians. Written for her by Richard Rodgers, his first production after his longtime collaborator Oscar Hammerstein II died, Carroll plays Barbara Woodruff, an American woman who becomes a top model in Paris and falls for a fellow American ex-pat, a Pulitzer Prize-winning writer who is white.

Carroll shared the following with EBONY: “The musical, No Strings, is no message show,” she explains. “It is wonderful entertainment with beautiful music, but it does something that I feel has not been done before on the Broadway stage: it glorifies the American Negro woman as she has never been glorified by the theater in this country. Until now, roles like that of Barbara Woodruff, the character I play, were monopolized by white actresses. I am proud to play Barbara Woodruff, a Negro girl of sophistication and taste. There are many real-life Barbara Woodruffs all over America awaiting a chance to do the things she does in No Strings.”

Shirley Chisholm becoming the first Black woman elected to Congress naturally warranted an EBONY cover, so Moneta Sleet Jr., who became the first Black photographer to win the Pulitzer Prize for his JET photos of Emmett Till’s brutalized body, shot this far more jubilant milestone. In the interview, Chisholm–referred to respectfully as Mrs. Chisholm throughout–is asked her opinion on various issues. And her response on law-and-order sounds especially timely. “How can one speak of law and order without speaking of justice? Unless you add the concept of justice to the law-and-order theme, there will be no peace because the Black man has shown by his attitude and behavior that things are not going to be the same.”

USING HIS PLATFORM FOR PROTEST

Dick Gregory never minced words and he didn’t in this op-ed he penned for EBONY. “My Answer To Genocide: Bitter comic prescribes big families as effective Black protest” is the actual title of the article. Kicking it off he wrote: “My answer to genocide, quite simply, is eight Black kids—and another baby on the way. Now I know that statement is going to upset a whole lot of white folks, and even some Black folks. More and more white folks these days who are interested in ecology and overpopulation, ask me why I have such a large family. Hell, I had six kids before white folks started getting concerned about ecology. Now planned parenthood groups are saying that a couple should have a maximum of 2 ½ children. I’m still trying to figure out that half-a-kid. I know my American history well enough to know what “three-fifths” of a man is, but half-a-kid?” 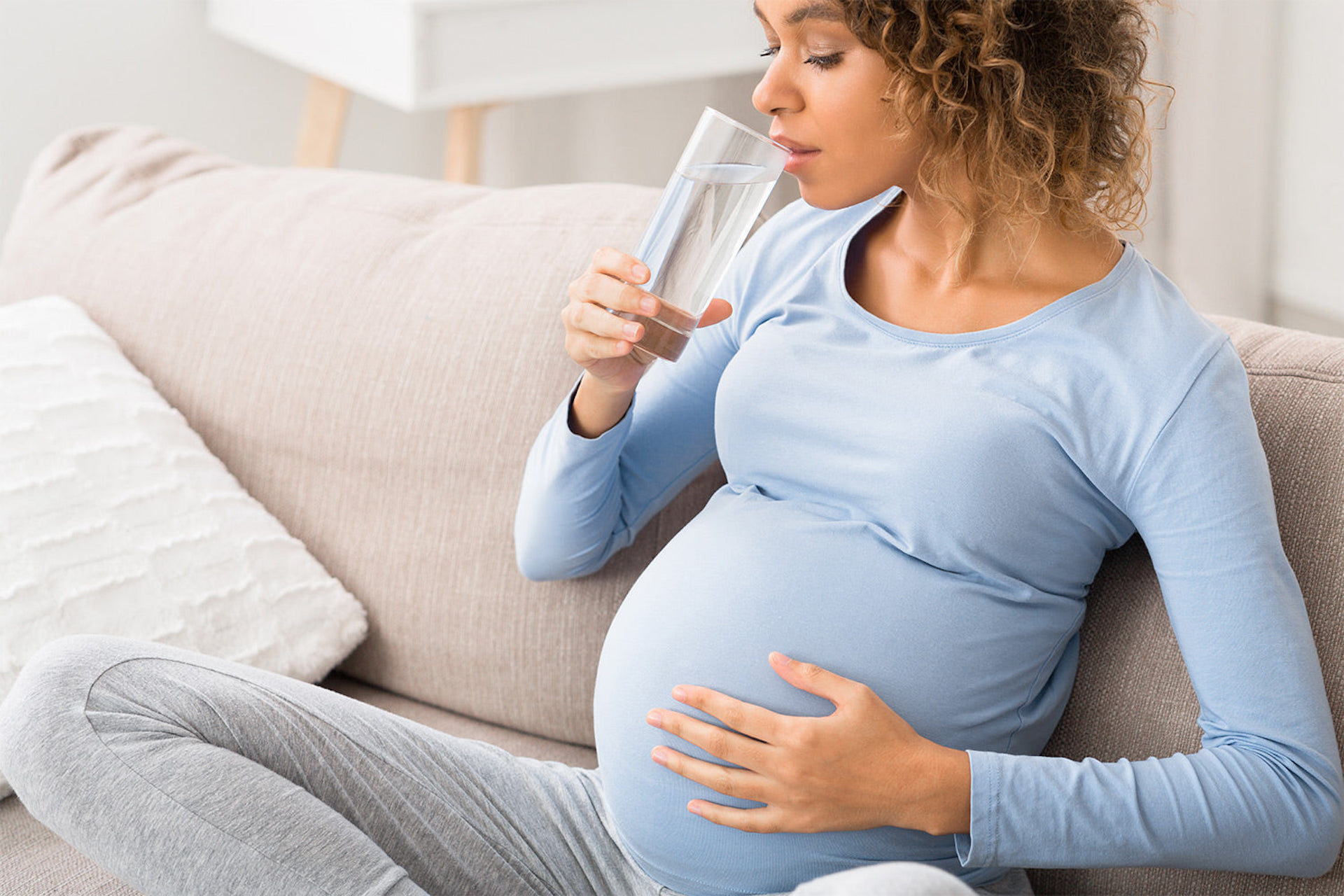 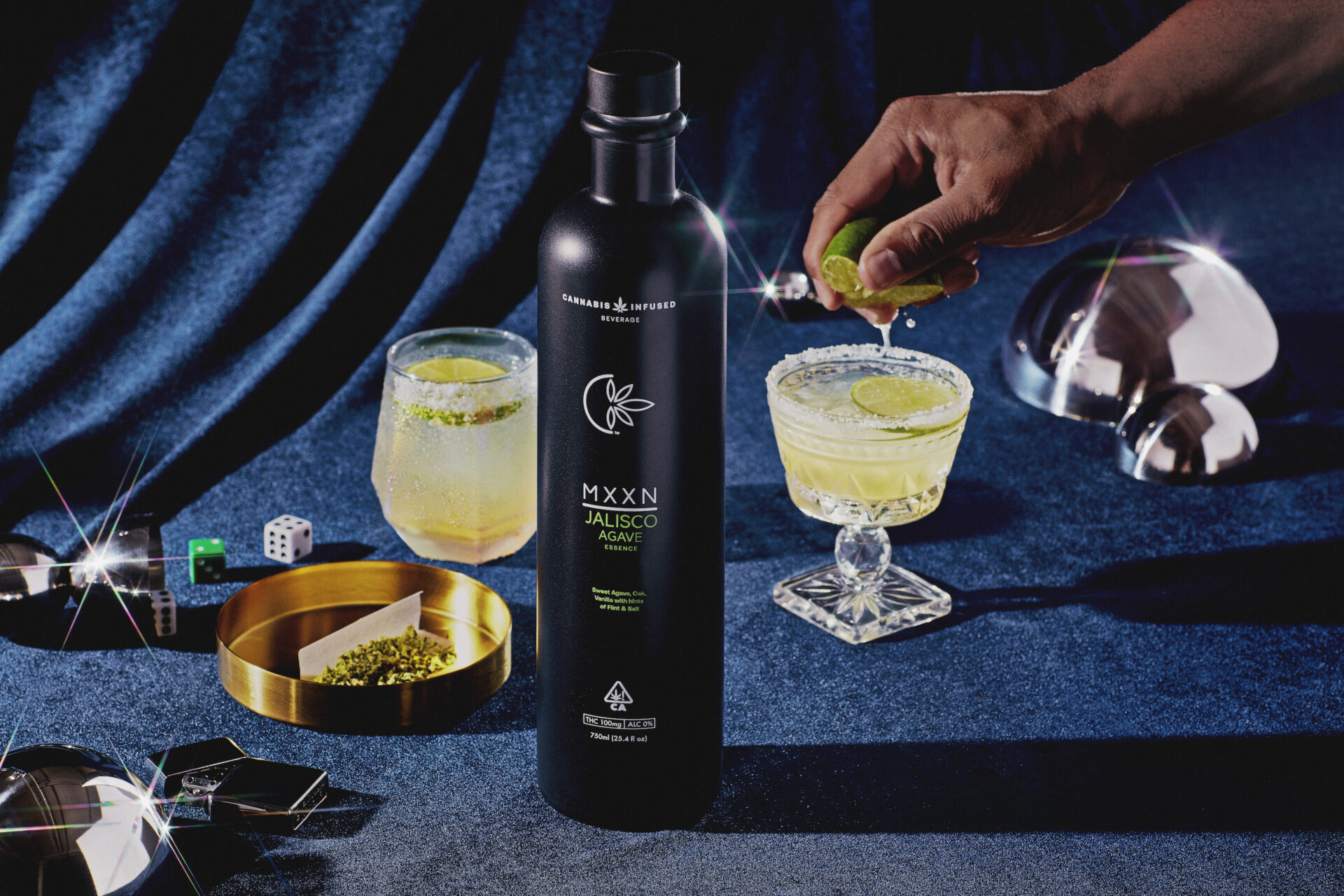 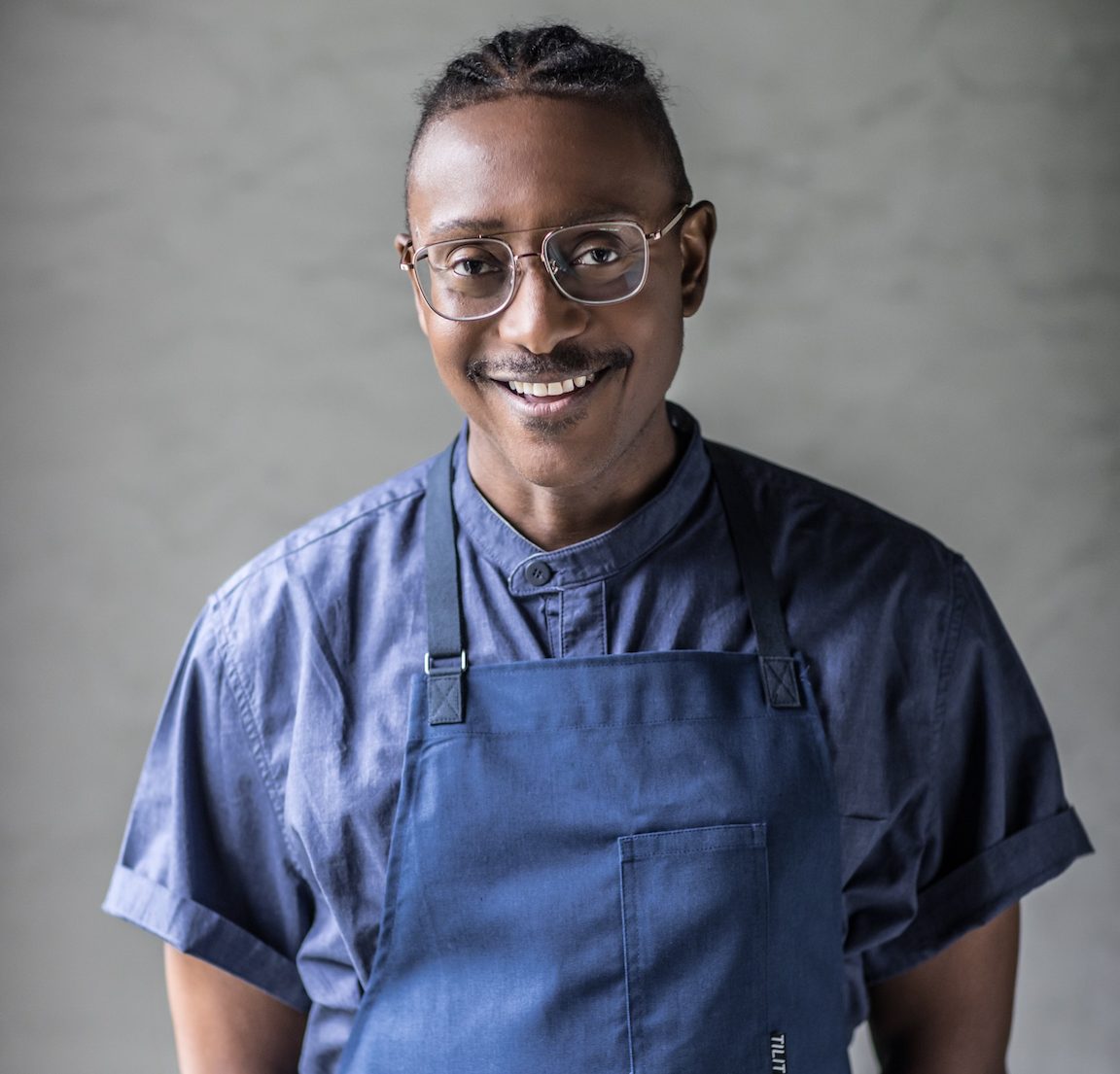