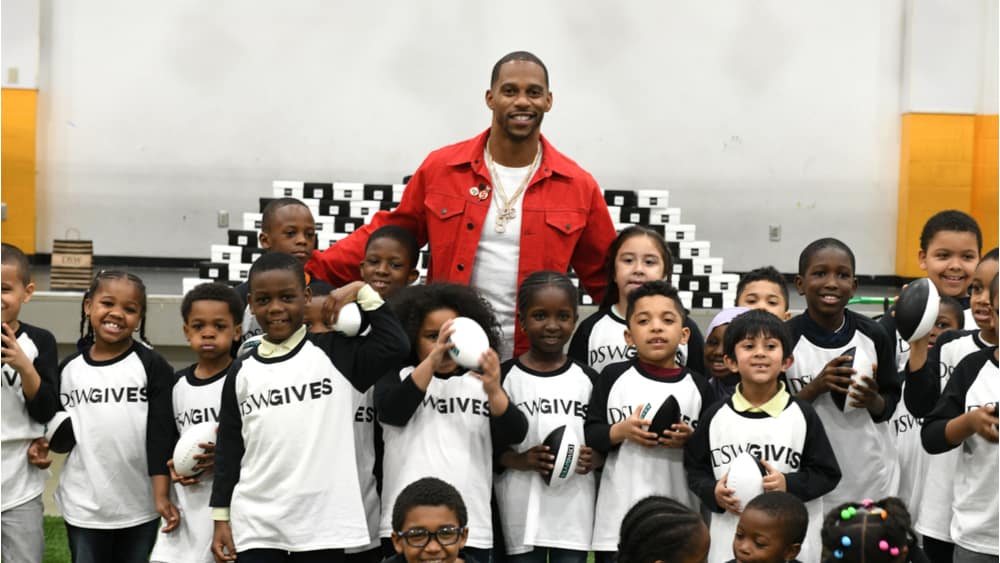 DSW and Soles4Soul have partnered up with former NFL star Victor Cruz to announce their new summer shoe donation campaign. The ESPN sports analyst is renown for his impeccable fashion sense as well as his philanthropic efforts. His Victor Cruz Foundation offers several programs that teach children and young adults through a STEM-focused curriculum.

To kick off DSW’s latest charitable footwear initiative, Cruz surprised about 100 kids at a Bronx community center a couple of weeks ago with new shoes from the major footwear retailer and taught them a few football plays. The youngsters were also able to customize their new kicks with the help of members of DSW’s style squad.

This is just the first of eight shoe donations ceremonies DSW and its philanthropic partner Soles4Souls will be hosting. DSW’s shoe donation initiative was made possible by the company’s 26 million VIP loyalty members, who have donated 1 million pairs of shoes in the past year. In addition, a portion of proceeds from past purchases will enable DSW to donate 100,000 pairs of new shoes to kids in need this summer, before school starts.

EBONY correspondent Ashley Jamison caught up with the former New York Giants wide receiver at the event to discuss his love of sneakers, his recent sneaker collab with French footwear designer Pierre Hardy and why helping others will never go out of style. Check out the video below. 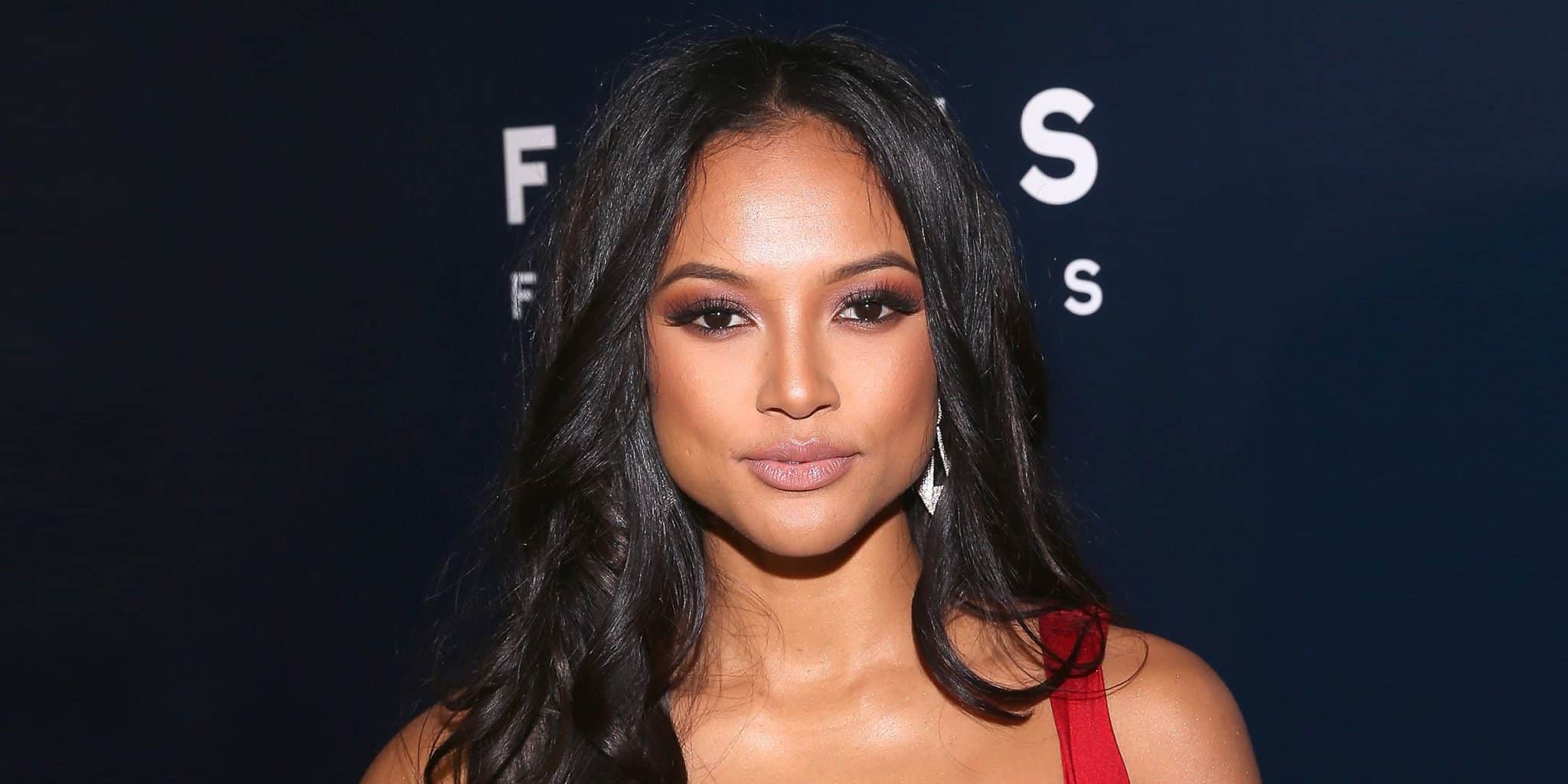 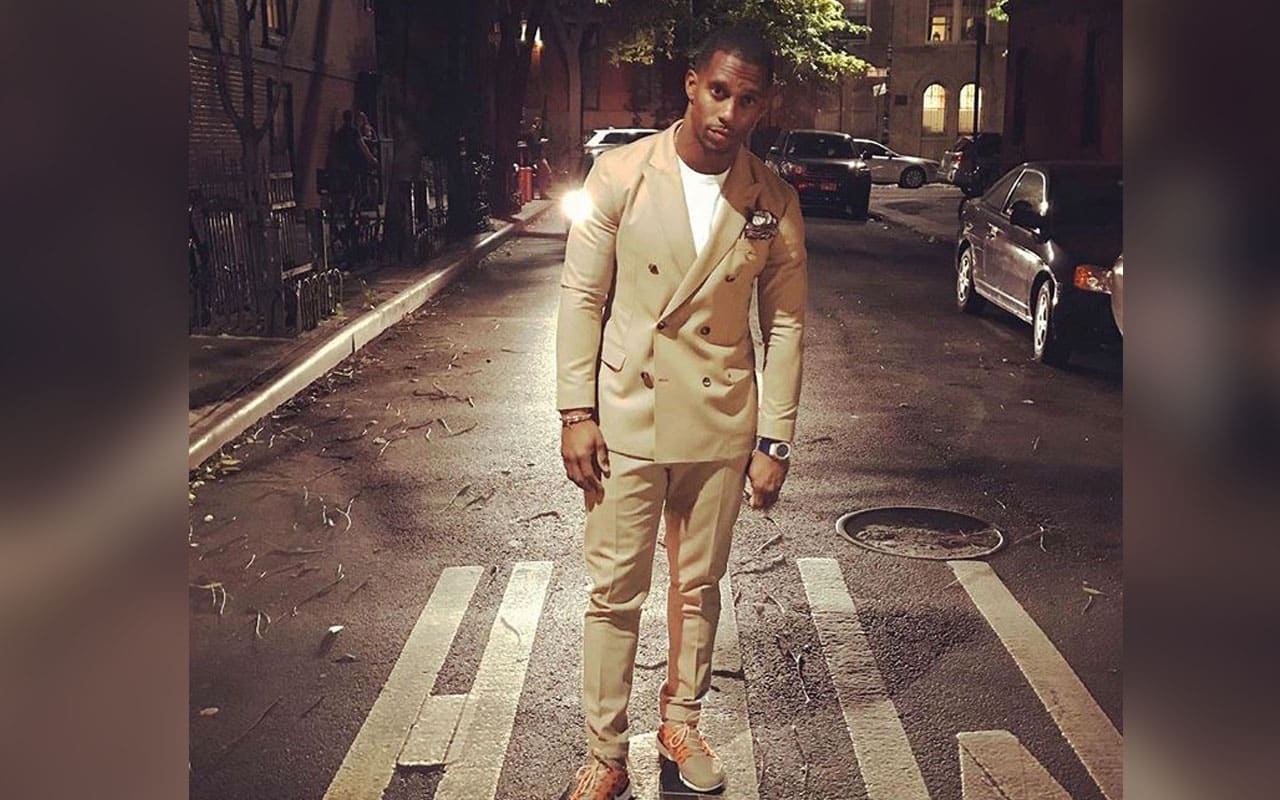 NFL Star Victor Cruz on Style, Grooming, and Giving Back

Victor Cruz, His Forever Fiancée and the Tale of the Text