Love & Hip Hop: Atlanta cast member Stevie J, born Steven Jordan,  reportedly did not pay Georgia taxes  from 2012 through 2014. According to the Atlanta Journal Constitution, the music producer was hit with two federal liens by the state in the amount of $110,000. 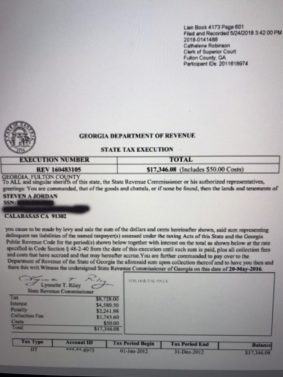 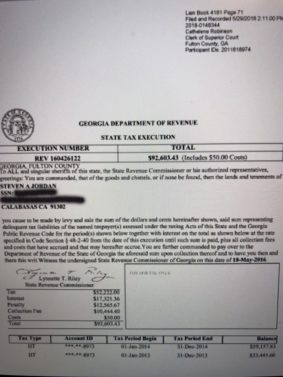 Jordan will have to pay the total amount of the liens, or the money will be deducted by the state if and when he sells a property.

But the news is not all bad for Jordan: Earlier this month, he married R&B singer Faith Evans in a ceremony in Las Vegas.