The legendary club was a safe space for Black musicians and entertainers to perform in the late 1940s.

Miami’s Ball & Chain Bar and Lounge is a venue steeped in rich history and culture. If the name sounds familiar, in recent years it served as the backdrop for Cardi B’s ‘I Like It’ and Rick Ross’ ‘Little Havana’ videos. But, the legacy of this historic landmark goes even deeper.

Originally opened in 1935 as Ball & Chain Saloon on SW 8th Street, the club became a safe space for Black musicians and entertainers in the late 1940s, into the early 1950s. Everyone from Count Basie, Ella Fitzgerald, Billie Holiday, and Nat King Cole played the historic club. At that time, and the same holds true present day, Miami was a popular city for musicians of all races as it was a place filled with a vibrant nightlife and lounge scene.

What drew Black entertainers to Ball & Chain specifically was the fact that they were welcomed to also stay in the neighboring Tower Apartments, which were also owned by the same men. Although many Black performers were allowed into venues for entertainment purposes, there weren’t very many hotels or accommodations in the Greater Miami area that allowed them to stay overnight due to looming segregation.

As Miami continues to grow and evolve present day, the co-owners are working hard to preserve the memories and moments that make this spot so special. 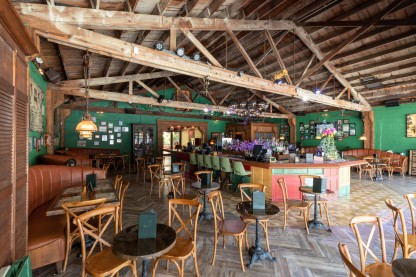 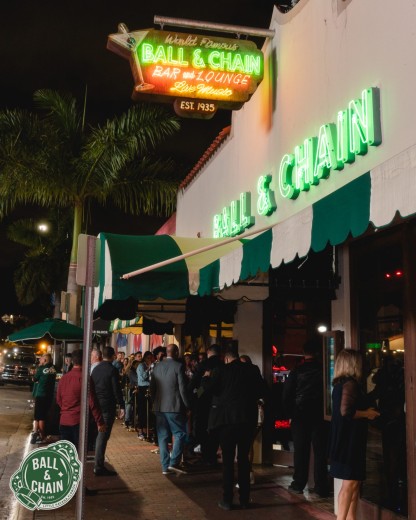 “We embrace our rich history with iconic memorabilia and photos adorning the walls of Ball & Chain. They tell the story of the many musical legends that filled our venue with their incredible music from back in the day, including Count Basie and Billie Holiday,” Zack Bush, co-owner of Ball & Chain, told Ebony.  “In addition, we continue to invite African American artists both local and national to perform at the venue."

The main draw of the venue is its authenticity which includes daily live Latin jazz, delicious Cuban cuisine and amazing cocktails. The owners see themselves as curators to the building, rather than a business looking to just make money.

Recently, Ball & Chain rolled out a new food menu which pays homage to its Cuban background, while introducing some new flavors. 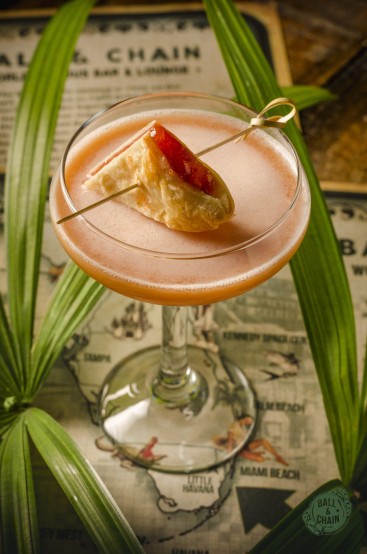 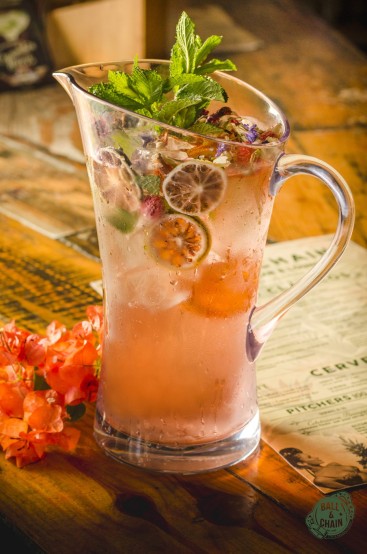 "Our new menu has some pretty spectacular dishes, ranging from Cuban classics to new creations from our geniuses in the kitchen, “Darius Green, Director of Operations, said. “The inspiration is always pulled from Cuban culture, to stay close to our roots, but with a new perspective to offer guests something they can't get anywhere else in Miami— such as our dry-rubbed skirt steak with chimichurri sauce, roasted corn salsa, baby heirloom tomatoes, red onions, paprika vinaigrette and yuca fries.” 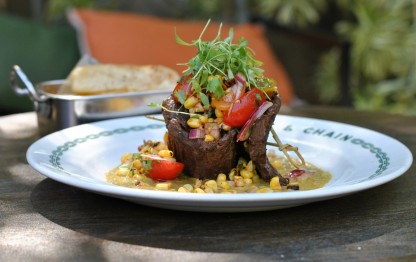 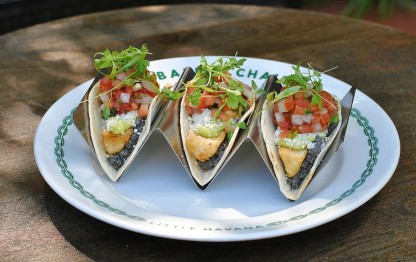 Other standout dishes from the new menu include: Cuban spring rolls, vegetarian Cuban tacos and the Ball & Chain burger.