MTV is set to revive its hit show Yo! MTV Raps. The show was a 2-hour music video program that brought rap and hip-hop artists into the mainstream. It ran from 1988 to 1995.  The music television network is reinventing the show for the younger generation as a digital series, according to NY Daily News. 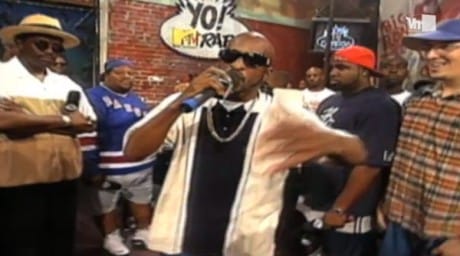 The reboot will be highlighted with a 30th-anniversary reunion show on June 1 at the Barclays Center in Brooklyn. The hosts for the show Ed Lover, Doctor Dre and Fab 5 Freddy are scheduled to appear for the reunion. The lineup for the show will feature past guests such as Eric B. & Rakim, Doug E. Fresh, Dr. Dre, Flavor Flav, Bid Daddy Kane and many more.

MTV spoke about the impact of the iconic show in a statement about the relaunch. “The advent of (‘Yo! MTV Raps’) was crucial to the rise of hip-hop, and created a worldwide appreciation of the genre, which has since become one of the most influential in mainstream music.”

Tickets for the event will go on sale this Friday, April 20.