The celebrity chef walks us through one of her most requested recipes.

Have you ever heard the age-old adage, “pressure makes diamonds?” You’ve likely attributed the phrase to persevering through life’s challenges, but for celebrity chef Renee Blackman, there’s an entirely new meaning. The culinary powerhouse is currently starring in the Netflix reality series Pressure Cooker alongside ten other professional chefs as they live and compete with one another to win a grand prize of $100,000.

Inspired by culinary icons such as Julia Child and Emeril Lagasse, Chef Blackman describes her cooking style as simple but bold.

“I’ve always been inspired by Julia Child and Emeril Lagasse. There was something special about the way they described food, it left me curious to try foods I’d never tried before," Blackman shares. "I enjoy highlighting the food and letting it speak for itself. The flavors that play a role in my success is the merger of the Caribbean, Asian, and French inspirations with a new American twist.”

Chef Blackman has cooked meals for a number of our favorite celebs, including NFL-star Odell Beckham Jr., Peloton's Alex Toussaint, model Chanel Iman and NBA baller Kevin Durant. Given her extensive list of prominent clientele, it might surprise you that she has no formal culinary training aside from hard work and passion.

“People are very interested in the way that I carry myself, and they are also extremely interested to know where I went to school and where I trained,” the Pressure Cooker star says. “I blow their minds by telling them I've absolutely never stepped foot in a culinary school. This is all passion, and me applying myself and learning the taste of the people I cook for.”

If you’re looking to impress guests at your next dinner party or soirée, Chef Blackman shares one of her most requested recipes with us below.

“People are very interested in knowing how to cook brown rice, and it can be difficult for most. In fact, it actually turns many people off, so I have a recipe where it's toasted with a nice Korean-style steak with broccoli. It's very light and super flavorful, but it's something that makes you feel like, ‘okay, I know I’m not eating something healthy, but it's healthy.’”

Sauté rice for 2 mins until toasted, then add 3 cups of water and cook on low for 40 mins. The rice will be tender and have a slight bite to it. 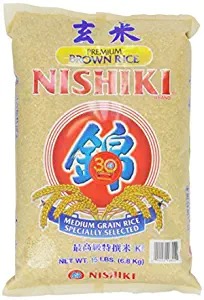 Nishiki
Premium brown rice
This rice is some of the best on the market, and not always easy to find.

Cut into florets and boil for 4 minutes. Flash in cold water to stop the cooking process, drain and set to the side.

Combine and marinate for 15 minutes. Using a sauté pan or wok, add 2 tbsp of olive oil and cook the beef for 4 minutes on high heat. Remove from the pan and sauté the broccoli in the same pan, as it absorbs that flavor, and set aside.

Napa Valley Naturals
Organic toasted sesame oil
You'll find yourself ordering this oil over and over.

Add the olive oil to the hot wok and add the garlic and ginger, allow this to perfume for 2 minutes. Then add the soy sauce, ground ginger and sugar, allow this to marry for 5 minutes.

In a small bowl, mix the cornstarch and water, making a slurry, slowly add the mixture to the sauce with heat on medium and stir until fully combined. This will quickly thicken your sauce.

Add your beef and broccoli to the sauce to fully coat and place on top of your rice. Garnish with thinly sliced scallions and enjoy 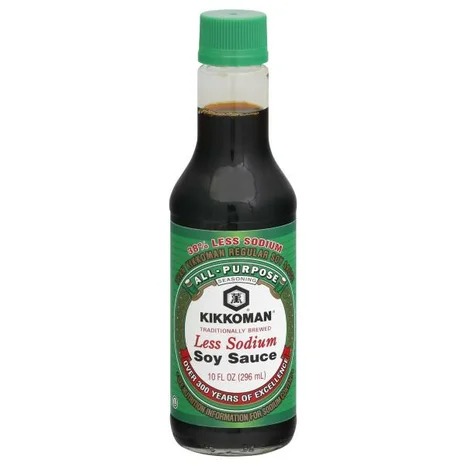