The high school prom is a huge moment for many seniors. Getting all dolled up for one last hurrah before heading off into the real world can cause a little anxiety for students looking for the perfect outfit. One lucky student didn’t have to look too far—her 14-year-old sister designed her dress from scratch.

Mikayla Lewis, 18, opened up about her sister Courtney designing her prom dress during an interview with Yahoo Lifestyle. “Courtney has always been interested in the arts. She attended a performing arts middle school as a theater major. She’s done makeup for a megachurch theater production,” she explained.

Despite her sister’s interest in fashion, Mikayla did admit to being apprehensive about giving her younger sister full creative control. “I was worried at first because of the lack of experience in dress making. Courtney had only made a few pillows and skirts prior to the dress,” she said.

To the amazement of her sister and their mother, Crystal, Courtney began drawing sketches of the dress back in November. Crystal recounted the design process. “Courtney first sat with Mikayla and looked at different types of dresses that Mikayla liked. She wanted to get a sense of what style appealed to Mikayla,” the proud mom said.

“They went through several rough drafts [of the sketch] before they finalized one.”

Crystal also said she was “only around for motivation, transportation and to purchase supplies needed.”

The blossoming designer had a minor setback after she was hospitalized in December and March due to her type 1 diabetes. Ultimately, however, her medical ailments didn’t interfere with her goals. Courtney pushed through and managed to have the dress completed by April 26.

Crystal dished on the big night going off without a hitch. “We had about 25 people at our house on prom night, and when Mikayla walked up the steps the family screamed in excitement. We think her date was even taken aback,” she said.

As for her 14-year-old, she’s thrilled about her future in fashion. “Courtney is going to keep doing what she loves,” Crystal said. “I’m glad to see that her time has finally come!” 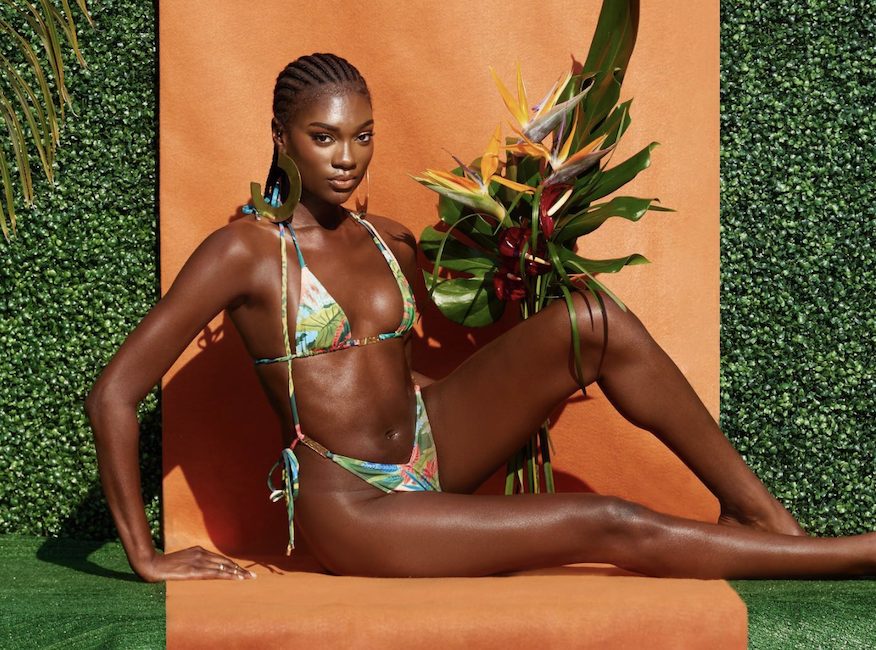 13 Black-Owned Swim Brands for Having Fun Under the Sun