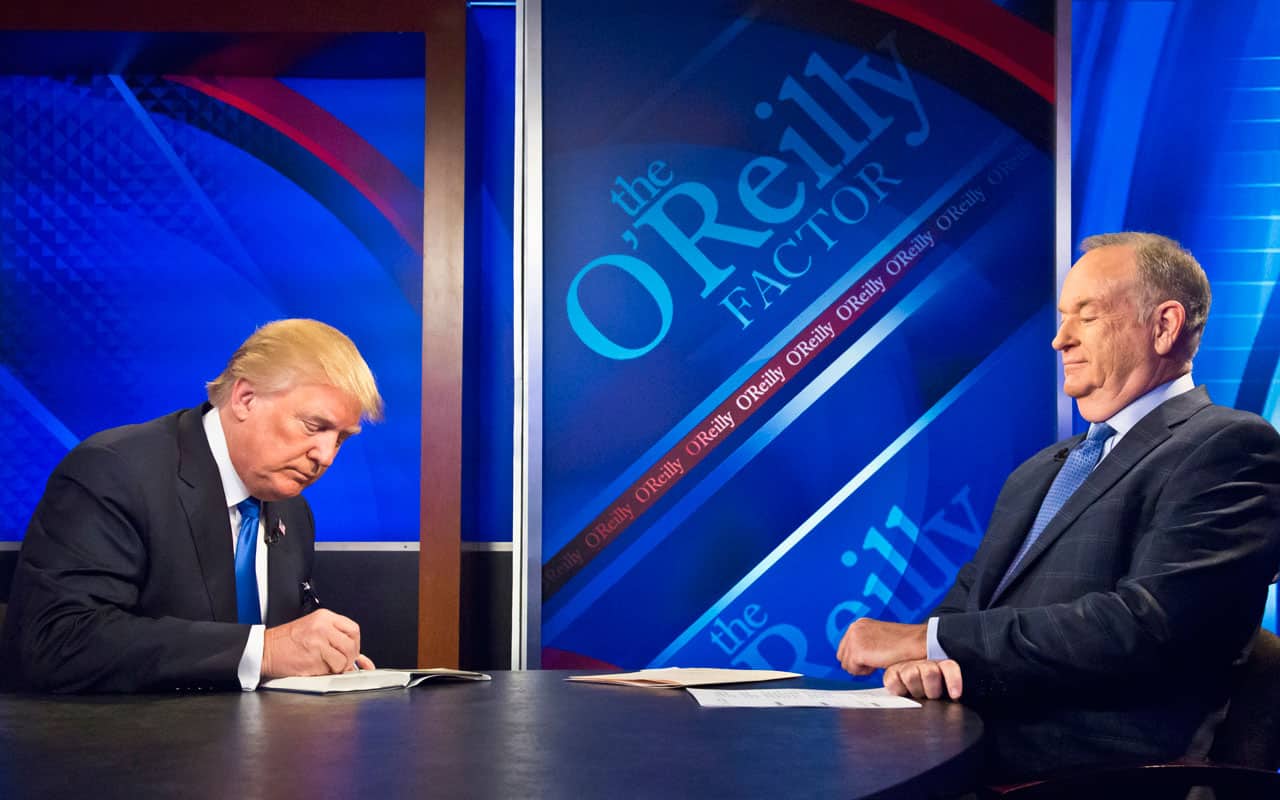 When Fox News host, commentator and populist racial flamethrower Bill O’Reilly was looking for a classic to stir the current zeitgeist on the 2016 election, he apparently dug deep. In commentary on his show The O’Reilly Factor, he basically defended White privilege as a good thing, particularly when it comes to the Electoral College.

“The left wants power taken away from the White establishment and they want a profound change in the way America is run,” O’Reilly contended, with the smugness of a slaveowner having just made a purchase. “Taking voting power away from the White precincts is the quickest way to do that.”

He also argued that race is the primary factor in liberal politics and that the left wing would favor an elimination of the Electoral College because of its appeal in big cities with large minority populations. If the current system, which placed Donald Trump as the winner of the presidential election—despite Hillary Clinton winning the popular vote—were abolished, then Democrats would be able to focus on targeting populous urban areas, take the minority vote and leave White people powerless, he says.

Now this, of course, lit up social media with anger.

Bill O’Reilly you are as stupid as the ties you wear! STFU you closeted bigot#ownyourshit

But truth is I’m not even acting brand new about it. Is it a surprise to anyone that Bill O’Reilly regurgitates racist rhetoric like the dry heave of a drunken antebellum pattyroller?

In fact, coming out of his mouth, none of this is shocking. All he’s done is admit that as a White man, he benefits from keeping this country under White control and that his greatest fear is losing that control.

“The left sees White privilege in America as an oppressive force that must be done away with,” he muttered. “Therefore White working class voters must be marginalized.”

We get it. In a nutshell: White racism exists because it benefits White racists. God forbid White America wakes up one day to realize it has no particular privilege and has to stand in line like everyone else.

So fine, I’d rather know you’re a proponent and supporter of institutionalized racism up front than find out when you have the chance to stab me in the back. You’re a crass individual, but at least you were honest.

Public Enemy called it “Fear of a Black Planet,” but that dealt more with fear of Black men mixing with White women. But what scares O’Reilly is vote mixing, which to him is a more dangerous brand of miscegenation because once nonwhites influence the national vote, then guys like him don’t get to call the shots.

Even when Barack Obama won a second presidential term in 2012, he lamented that nonwhite voters would actually demand what they voted for.

“The white establishment is now the minority,” O’Reilly said. “And the voters, many of them, feel that the economic system is stacked against them and they want stuff.”

You see, in the mind of a guy like O’Reilly the only people in this country who are supposed to benefit from its abundance are Whites. Everyone else is to be rationed American goodness by decree and by what he called the “White establishment” defines as necessity.

So for O’Reilly, the Electoral College, that thing the founders of this nation came up with to apportion the voting between states to designated electors, in order to prevent factions from forming (among other reasons), is supposed to be a tool of the ruling class—read: namely White guys. But when we really look at Constitutional law, the “ruling class” should be everyone in this country who has the right to vote. That’s 218 million Black, White, straight, gay, Jew, gentile, able, disabled, liberal, conservative, sane and insane people who trust a smaller set of individuals to do the right thing on their behalf. All of them, not just the White dudes.

Alexander Hamilton, though himself a proponent of the Electoral College, understood this when he wrote “The Federalist Papers,” saying that the whole point is to prevent an autocrat from assuming the presidency, thus eroding the power of the people who are supposed to control the Republic’s democracy.

It was desirable that the sense of the people should operate in the choice of the person to whom so important a trust was to be confided. This end will be answered by committing the right of making it, not to any preestablished body, but to men chosen by the people for the special purpose, and at the particular conjuncture. – 1788

Hamilton would probably tear O’Reilly a new one if he had seen this video (in late 18th century vernacular, of course). He didn’t live to see slavery abolished, but he did dream of a society where all had equal rights, power and privilege.

The only distinction between freedom and slavery consists in this: In the former state a man is governed by the laws to which he has given his consent, either in person or by his representative; in the latter, he is governed by the will of another. In the one case, his life and property are his own; in the other, they depend upon the pleasure of his master. It is easy to discern which of these two states is preferable.  – 1774

So, like slavery, Bill O’Reilly’s desire to keep the Electoral College as a Whites only country club goes against the founding ideals of the country. Not only that, but his repeated racist drivel has become repetitive and boring. We know what kind of a man he is. We know he says the things he says to agitate us.

What we don’t know is how we’ll prevent someone from wresting power away from the masses who should keep it. If that means reviewing and rebooting the Electoral College so that it falls in line with Hamilton’s ideas, then that’s what needs to happen. Meanwhile, O’Reilly and his White nationalism can be eventually forgotten and like Hamilton’s killer Aaron Burr, fade into the historical footnotes.

Nick Cannon Says ‘Whiteface’ Is Not a Thing 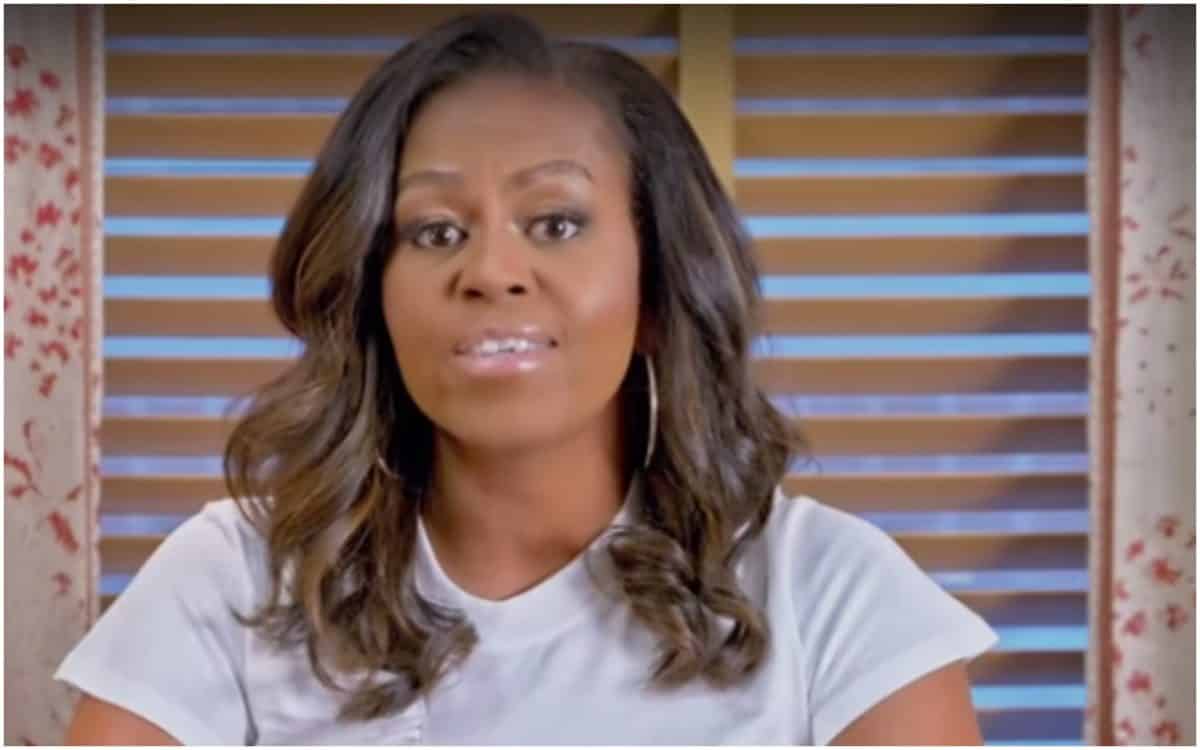