In Chicago’s Kenwood, Action in the Aftermath of Violence

This article is the second of an EBONY.com two-part series published in collaboration with The Chicago Reporter, a nonprofit investigative news organization focused on race, poverty and income inequality. Ciick here to read Part 1.

Though the violence in their neighborhood pressed them both into action, Bill Lowry and Isaac Monroe only recently met.  The 53-year-old Lowry was part of a five-member committee appointed by Mayor Rahm Emanuel to select the interim alderman for the 4th Ward, which includes Kenwood.  Monroe, driven by Poindexter’s death, was among the candidates for alderman.

Instead of erecting a for sale sign after the teenager’s murder, Monroe decided to intensify his longstanding involvement with several neighborhood groups.  He became one of the founding members of the North Kenwood Oakland Neighborhood Association, which formed in response to Tyjuan Poindexter’s death.

He also reached out to neighborhood youth. He started by inviting Poindexter’s friends, including the boys who were with him at the time of the shooting, to his house for a Super Bowl party where he served chili and turkey sliders.

He wanted them to view his home as a safe place. He also wanted to help them process their feelings about the shooting.  At one point, the group convened in Monroe’s basement where he facilitated a peace circle. At first, the young people struggled to access their emotions about the incident and how it affected them. Then the emotions came pouring out.

Finding jobs for young people would go a long way to help them and the overall community, said Monroe, who is considering a run for alderman in next year’s special election. But mentoring programs are equally important.

Lowry and Monroe agree on the importance of jobs for youth as a deterrent to crime and gangs. 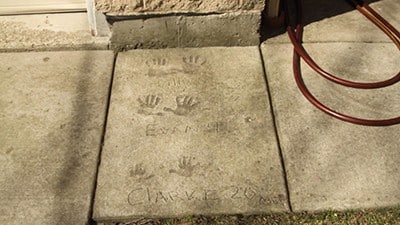 After they moved into their Kenwood home, the Lowrys memorialized the handprints of their three children, who were 6, 4, and 20 months at the time.Photo: Stacey Rupolo

The former founded The It’s Time Organization, or TITO, in 2013, after Hadiya Pendleton’s death. Last summer, the organization teamed with local businesses to sponsor an internship program, giving about 20 students paid professional work experience. The group has also partnered with a nonprofit that works to reduce violence on the West Side and the Quad Communities Development Corporation, which supports economic development in the North Kenwood, Oakland, Douglas and Grand Boulevard neighborhoods.

“The problems I’m seeing are so longstanding and so deep and penetrating so many different areas of society, there is no easy fix,” Lowry said. “That’s a little bit disconcerting, but ultimately I believe the answer lies in economic development.”

Monroe believes that young people in the community who have few resources need support from their better-off neighbors.

“I’m not one of the early pioneers who was all rah-rah let’s go run out all the [poor] residents and gentrify. That wasn’t my thing,” he said of why he moved to North Kenwood. “I liked the neighbors who were here. While I wanted to see the neighborhood grow, I certainly was not in favor of what I saw as an attempt to just clear the neighborhood out.”

“All of my work emphasizes the familiarity that Black folks of various class backgrounds have with poverty,” Pattillo said. “The Black middle-class is very new. Many folks might have grown up poor and are now middle-class, so it’s not completely foreign to move into a neighborhood with high-poverty rates. It’s kind of moving back to the neighborhood like the one they grew up in.”

Lowry grew up in Marynook, a 12-block enclave of single-family homes within the majority-Black Avalon Park community on the South Side. To this day, its residents include nurses, hairdressers, doctors, teachers, barbers, lawyers, plumbers and bank managers.

“It was a time when kids were able to play outside in the park and ride their bikes,” said Lowry, “and you didn’t have the same concerns about random violence that unfortunately, my kids have had to live with.”

Monroe’s boyhood home was a subdivided apartment perched over a furniture store at 43rd Street and Cottage Grove Avenue, a busy intersection on a major thoroughfare. The kitchen and bathroom were shared with another family.

Lowry is not bothered by the low-income and subsidized housing near his home. He said it represents part of the diversity that drew him to the neighborhood.

He said giving back to the community is an important part of his role as someone who has had educational and professional opportunities. Lowry interacts with powerbrokers like the Obamas, Hillary Clinton and Emanuel—all of whom appear in the framed photos that decorate his spacious office. 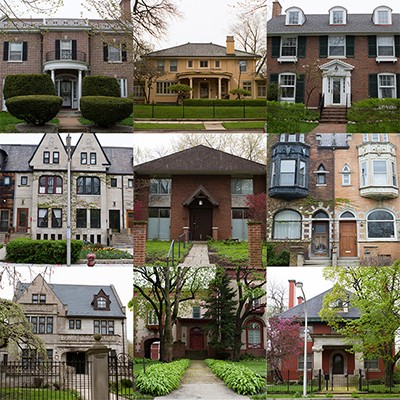 The southern end of Kenwood, where the Obamas live, is known for its grand homes. Photo: Stacey Rupolo

Lowry doesn’t fixate on the fact that his peers living in largely white communities are not likely to encounter the problems he sees in his neighborhood.

When a high-profile crime occurs, he sometimes is asked if he’s thought about moving to a suburb like Lake Forest, where he serves as an officer on the board of trustees of Lake Forest College.

“At those times, it gives you pause,” he said. “You feel like: ‘Maybe we should move.’ But those thoughts are fleeting.”

He would rather focus on the here and now and what he can do to improve life in Kenwood.

Responsibility for addressing inequalities falls on the government, he said but also on the decisions and choices that individuals make.

“Are there opportunities for improvement? Sure,” Lowry said. “A lot of our friends in the so-called middle-class, we not only work hard and are raising our families, but we’re service-driven and we try to keep the ladder down, and I’m proud of that.”

Deborah L. Shelton is Managing Editor of The Chicago Reporter, and is a resident of North Kenwood, where she has lived for 8 years.

At Least 30 Wounded, 6 Killed at Chicago Fourth of July Parade