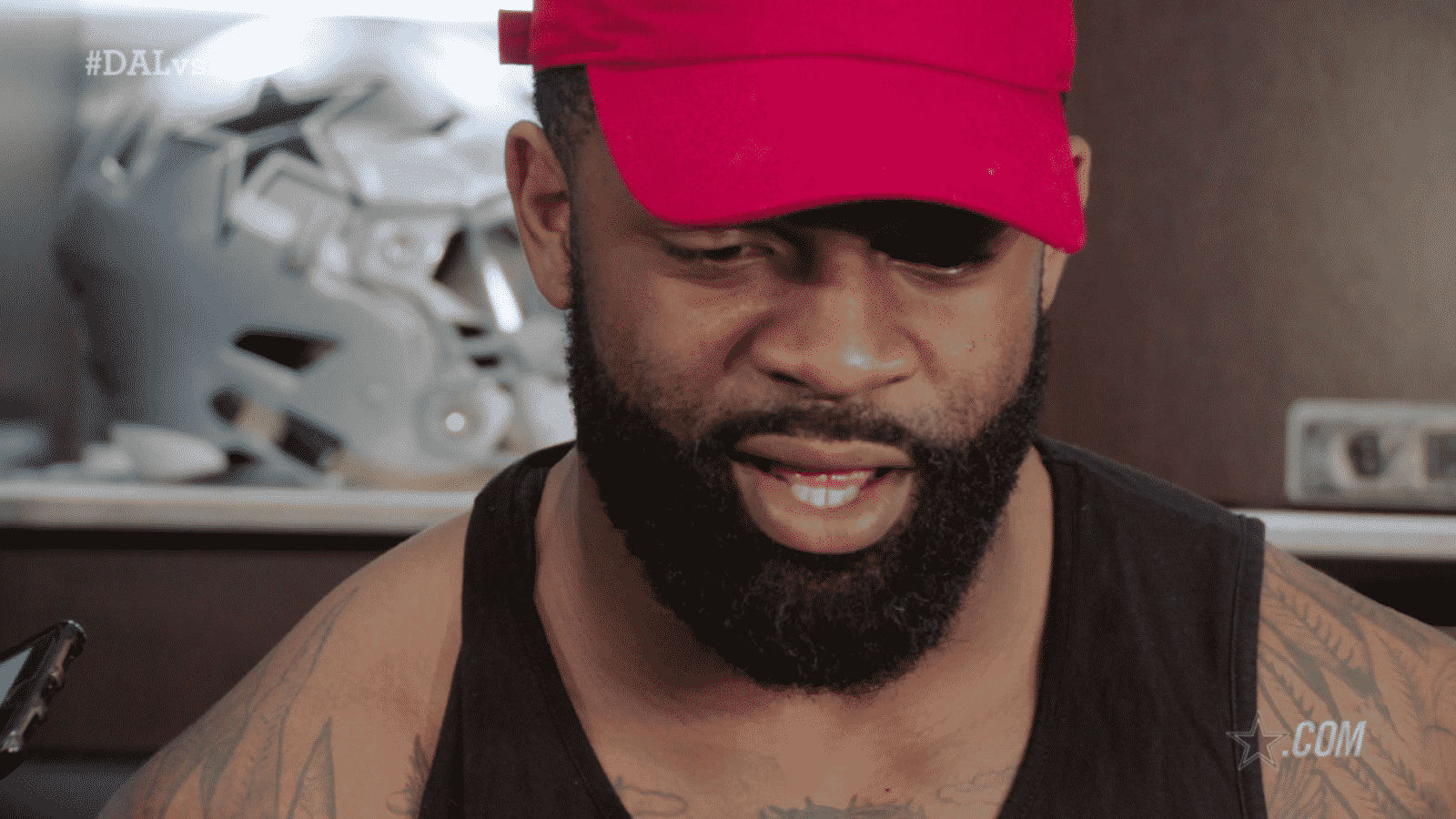 Dallas Cowboys defensive lineman Damontre Moore has been let go from the NFL team and has some speculating whether the move was related to business or politics. In early October, Cowboys owner Jerry Jones threatened to bench players who don’t partake in the national anthem, stating the protests are hurting NFL viewership.

While Moore — along with former fellow lineman David Irving — does acknowledge the anthem, he did raise his fist upon its conclusion as recently as last week.

“It’s just something that I do,” Moore said according to the Washington Post. “I’ve got my morals. I’ve got my values and my things that I think about. I don’t want to cause no attention to nobody else and bring unwanted attention, but on the same token, you know, there’s certain things that people are doing it for.”

“We had to make a roster move and we just felt like the best decision for our team was to release Damontre Moore,” Garrett told reporters after the Wednesday announcement according to Pro Football Talk.

While Garrett claims the decision wasn’t related to Moore’s expression of his social views, Jones appeared adamant about players keeping political stances off of the field as he revealed a misunderstanding of the protest.

Moore was suspended at the beginning of the season for substance abuse. He previously played with the New York Giants and just recently signed with the Cowboys.