I’m from Mississippi. The night Donald Trump was elected president, my first reaction was, Look at what these White folks have done. The second was, While this is certainly a moment of crisis, it is also one of possibility.

We’ve got to do something similar around jobs.

Since [Trump] is talking about [rebuilding America’s] infrastructure, we’ve got to position ourselves to get some of those new jobs. We’ve got to ask what it means to organize for a livable wage . There are organizers in the South who are working hard to link White and Black workers across the tracks, such as  the extraordinary work we see the Rev. William Barber II doing in North Carolina as part of the Forward Together movement. Even though that state went for Trump, its residents voted out Republican Gov. [Pat] McCrory and have been engaged in a kind of electoral politics that isn’t reducible to simply electing people. They’ve also been organizing around public education, undocumented workers, the right of women to choose, prison reform—staging a movement that cuts across a variety of constituencies and emphasizes the power of everyday ordinary people. 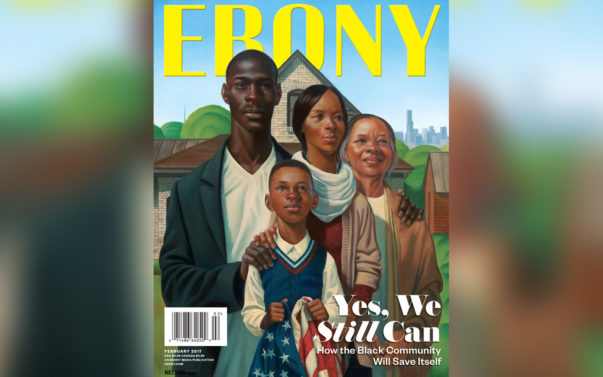 Which takes me to the third point: If confirmed, [Republican Sen.] Jeff Sessions will be our attorney general. So we need the best legal minds in the country to be thinking up strategies to challenge what’s about to happen. Affirmative action is about to be gutted. The Voting Rights Act will continue to be eroded. We are going to see a new legal regime impact the very ways in which we struggle. We also need to start talking among ourselves about what it means to be on juries—particularly with regard to our children. We must embrace jury nullification and declare, If I’m going to serve on a jury, I’m not going to convict a child as an adult.

Fortunately, there are already models for resistance. Color of Change started a super PAC around [district attorneys], those individuals who aren’t charging police [in cases where they kill our people]. We’ve seen Project NIA, Assata’s Daughters and Black Youth Project 100 in Chicago mobilize and organize, and what did they do? They got rid of the DA who refused to indict police officers—particularly the one who killed Laquan McDonald. And in Duval County, Fla., they got rid of [State’s Attorney] Angela Corey, who indicted and convicted Marissa Alexander [for firing a warning shot during a domestic dispute]. These organizations have shown us how adopting a different kind of local politics can have a significant impact, right where people live.

As told to Tomika Anderson.

Eddie S. Glaude Jr., is chair of the Department of African-American Studies at Princeton University