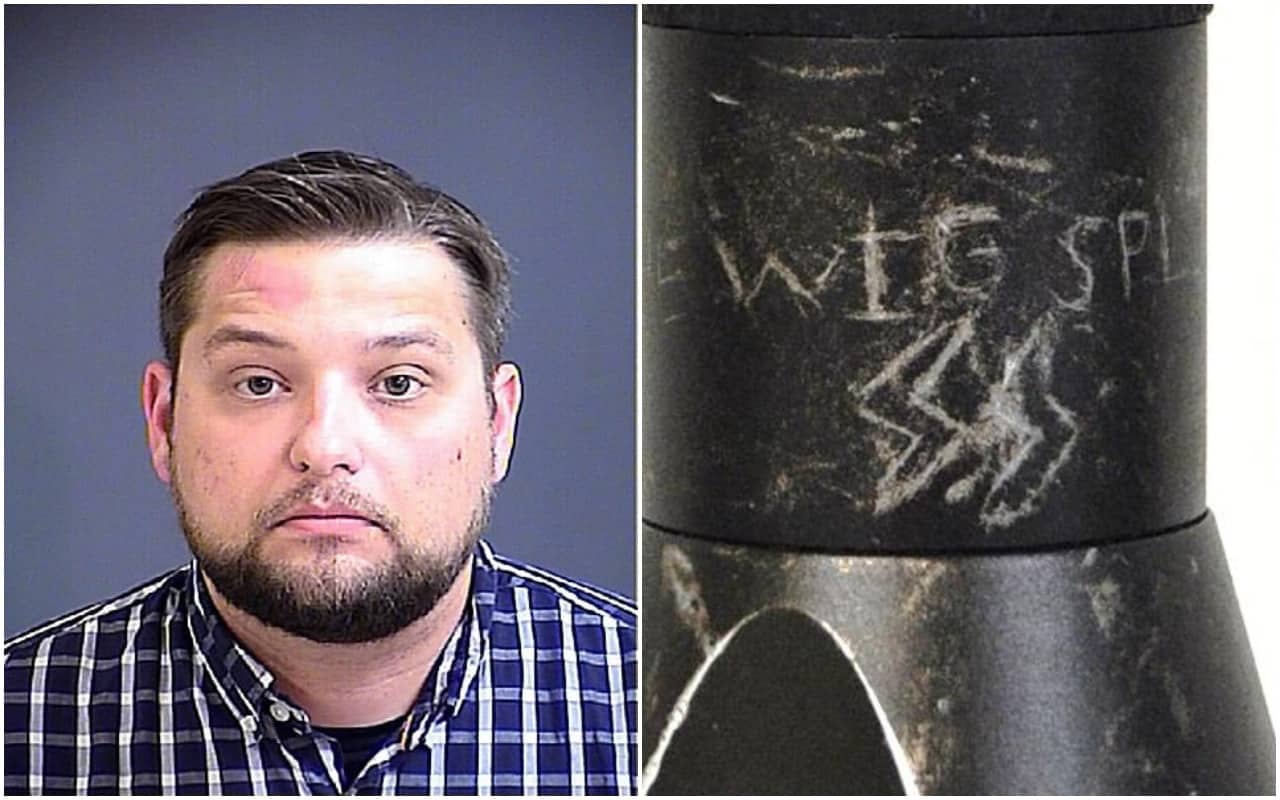 A former police officer accused of using excessive force on a handcuffed Black man claims another cop vandalized a department-issued flashlight with a Nazi symbol and is suing the city of North Charleston, South Carolina, for being fired, WCSC reported last week.

Hair was arrested and prosecuted for the use of excessive force against Terry after North Charleston police said Hair gave Terry a black eye during the altercation, something that his attorneys claim is false. He was acquitted by a judge but was fired from the North Charleston Police Department after video of the arrest was made public, according to The Post and Courier.

According to the suit, Terry became violent toward officers during his arrest for speeding. A few weeks later, officers searched Hair’s car and found an NCPD flashlight that had the words “The Wig Splitter” and a Nazi “SS” symbol on it.

“The Wig Splitter did not belong to Hair and was not assigned to his cruiser,” the lawsuit states. “The very existence of the Wig Splitter corroborates the inherent truth of the negative public image and media coverage of the City and NCPD, regarding its racial discrimination and excessive use of force.”

The flashlight was found a day after Hair’s firing but was not used as evidence in his trial, according to The Post and Courier.

Check out the video of Terry’s arrest below

Nick Cannon Says ‘Whiteface’ Is Not a Thing