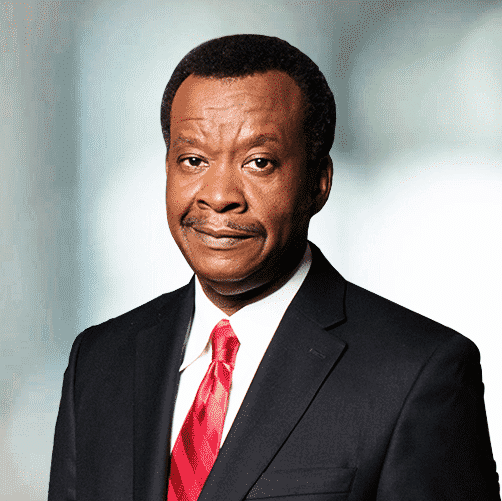 Considered the top mayoral race to watch this midterm, Chicago has 17 candidates seeking to take over the reigns from Rahm Emanuel who unexpectedly announced that he would not seek reelection.

Here is every candidate running and what you need to know about them now.

Dr. Willie Wilson, is a self-made millionaire businessman who owned and operated several McDonald’s franchises. Wilson’s previous political ambitions include running for mayor in 2015 and running for president in 2016.  Shortly after announcing his candidacy, Wilson donated $100,000 to his own committee – lifting the self-funding limit to allow candidates to contribute any amount to their own committees throughout the election. Wilson, 69, said his contribution is a “clear indicator of his determination to rid Chicago of the worse [sic] mayor it has ever had.” Recently, Wilson came under fire for giving away cash from his charitable foundation at church and community events to help Cook County residents with property taxes. Opponents said the stunt was designed to buy votes, though the Illinois State Board of Elections ruled that it did not violate any campaign finance laws.

William ‘Dock’ Walls a known Chicago activist is running for mayor for the fourth time. He worked for former Chicago Mayor Harold Washington in the 1980s, according to his website, which says he also served as political director for Rev. Jesse Jackson’s Rainbow PUSH coalition. Walls has previously run for mayor in 2007, 2011 and in 2015.

Former Chicago Public Schools CEO Paul Vallas, 64, led the district from 1995 to 2001 and has served as superintendent for multiple other school districts in New Orleans; Bridgeport, Conn.; and Philadelphia. He also ran for Illinois governor in 2002, losing in the Democratic primary to now-disgraced former Gov. Rod Blagojevich. Vallas later ran for lieutenant governor with Pat Quinn and lost in 2014.

Matthew Roney, 20, is the youngest candidate running for mayor of Chicago. A political science student at DePaul University, Roney’s website says he wanted to enter politics after working as a pharmaceutical technician and seeing customers unable to afford their medications. Roney says he is running for mayor under a new party he founded called “The Garden Party.”

Toni Preckwinkle is the current Cook County Board President, a position she has held since 2010. Before that, she was elected to five terms as alderman of the 4th Ward on the city’s South Side. In April, she became chair of the Cook County Democratic Party after Assessor Joe Berrios lost the primary election. If Preckwinkle were to win, she would become Chicago’s first female African-American mayor, as well as the first mayor to also chair the Cook County Democratic Party since Richard J. Daley.

Garry McCarthy, former Chicago police superintendent, who was fired by Emanuel during the Laquan McDonald fallout, is another former member of the mayor’s administration now running for the top job. After months of speculation, McCarthy officially announced his candidacy in March with a video stating “thousands” of Chicagoans had approached him asking him to run to “fix the city’s problems.” McCarthy describes himself as a “conservative Democrat.” He worked as Chicago’s top enforcer for four years before being dismissed in 2015 in the aftermath of the McDonald shooting.

Lori Lightfoot, 55, former Chicago Police Board president is another candidate who worked for Emanuel. Lightfoot was appointed the chair of the Police Accountability Task Force in the wake of the Laquan McDonald shooting, and she has used that experience – as well as her time leading the Police Board – to tout her credentials on law enforcement reforms. A former federal prosecutor, Lightfoot was most recently a partner at Mayer Brown LLP.

Troy LaRaviere, a former Chicago Public Schools principal was the first to announce his intent to take on Emanuel, unveiling his campaign in January. LaRaviere is the president of the Chicago Principals and Administrators Association and has been an outspoken critic of Emanuel since his days as principal of Blaine Elementary School – a position he was removed from over allegations of insubordination, according to NBC Chicago.

John Kozlar is an attorney looking for another shot at Chicago’s mayoral seat. The 30-year-old South Side native is a part of Aon plc’s risk solutions team and first ran for office in 2011, according to his website. He unsuccessfully ran for 11th Ward alderman at age 21, then mounted another bid for the same position in 2015, forcing a run-off against Patrick Daley Thompson, who ultimately won.

William Kelly is the only Republican in the race, and he has run for office multiple times. He unsuccessfully ran for the GOP nomination for Illinois comptroller in 2010, then announced campaigns for Chicago mayor in 2014 and Illinois governor in 2018 – though he did not make it onto the ballot in either race.

Jerry Joyce Jr. is the son of former 19th Ward Alderman and state Sen. Jeremiah Joyce, a political operative who worked closely with former Mayor Richard M. Daley. Joyce is an attorney and lobbyist from the city’s Far South Side and previously served as a Cook County assistant state’s attorney, according to multiple reports. The Chicago Sun-Times reported that Joyce’s father is part owner of a company that ran concessions at O’Hare Airport for years until Emanuel took office, awarding the lucrative contract to another company – though the paper noted that Joyce had reportedly told associates that dispute did not influence his decision to enter the race.

Ja’Mal Green, 22, is a South Side native making him the second youngest candidate and a prominent figure in Chicago’s Black Lives Matter organization. Green served as a surrogate for Sen. Bernie Sanders’ 2016 presidential campaign and parts of his platform include increasing investment in education, creating an elected school board and police reform — an issue he has been vocal about, taking part in a protest at the 2016 Taste of Chicago that ended in his arrest.

Amara Enyia, 35, is an attorney and community activist who is throwing her hat in the ring for the second time. Enyia ran for mayor in 2015 before exiting the race. With a doctorate in education policy, she has worked as a public policy advisor in various capacities, recently for lieutenant governor candidate Ra Joy, who fell short in the Democratic primary alongside Chris Kennedy. She founded a social lab to educate on economic development, according to her website and co-authored a book on municipal funding in Chicago.

Having already taken over for him as White House chief of staff under President Barack Obama, Bill Daley is looking to replace Emanuel once again – this time as Chicago mayor. The former U.S. Secretary of Commerce under President Bill Clinton is also following in the footsteps of his father Richard J. Daley, who served as mayor for 21 years, and his brother Richard M. Daley, who became the longest-serving Chicago mayor before declining to run for a seventh term in 2011. A familiar name in Chicago politics, Bill Daley briefly entered the race for Illinois governor in 2013 before taking himself out of the running, and most recently worked in finance – enabling him to quickly build a $1.2 million war chest, the largest of all the candidates who have entered the race so far.

Gery Chico is running for Chicago mayor once again. Chico is an attorney who was former Mayor Richard M. Daley’s chief of staff as well as board president of Chicago Public Schools before unsuccessfully running for U.S. Senate in 2004. He later served as president of the Chicago Park District and chairman of the City Colleges of Chicago board, then ran for mayor in 2011. Chico came in second of six candidates, earning 24 percent of the vote, behind Emanuel’s 55 percent. In a statement announcing his run this time around, Chicago said he will focus on “violence, education, jobs, and economic development.”

Dorothy Brown, 64, Cook County Circuit Court Clerk announced her candidacy for mayor in April, despite an ongoing federal probe into allegations of bribery and corruption within her office. Earlier this year, prosecutors alleged that Brown took a $15,000 bribe from a man seeking a job with her office, disguised as a loan for the business she and her husband own, as well as another $10,000 loan from a separate employee of the clerk’s office. The first man was sentenced to three years probation for perjury in February, the latest development in the years-long federal corruption investigation into Brown’s office. Brown – whose home was raided by investigators in 2015 – has not been charged with a crime and has repeatedly denied wrongdoing, claiming in announcing her candidacy that people “trust” her and vowing to work “to make every square mile of the city of Chicago world-class.”