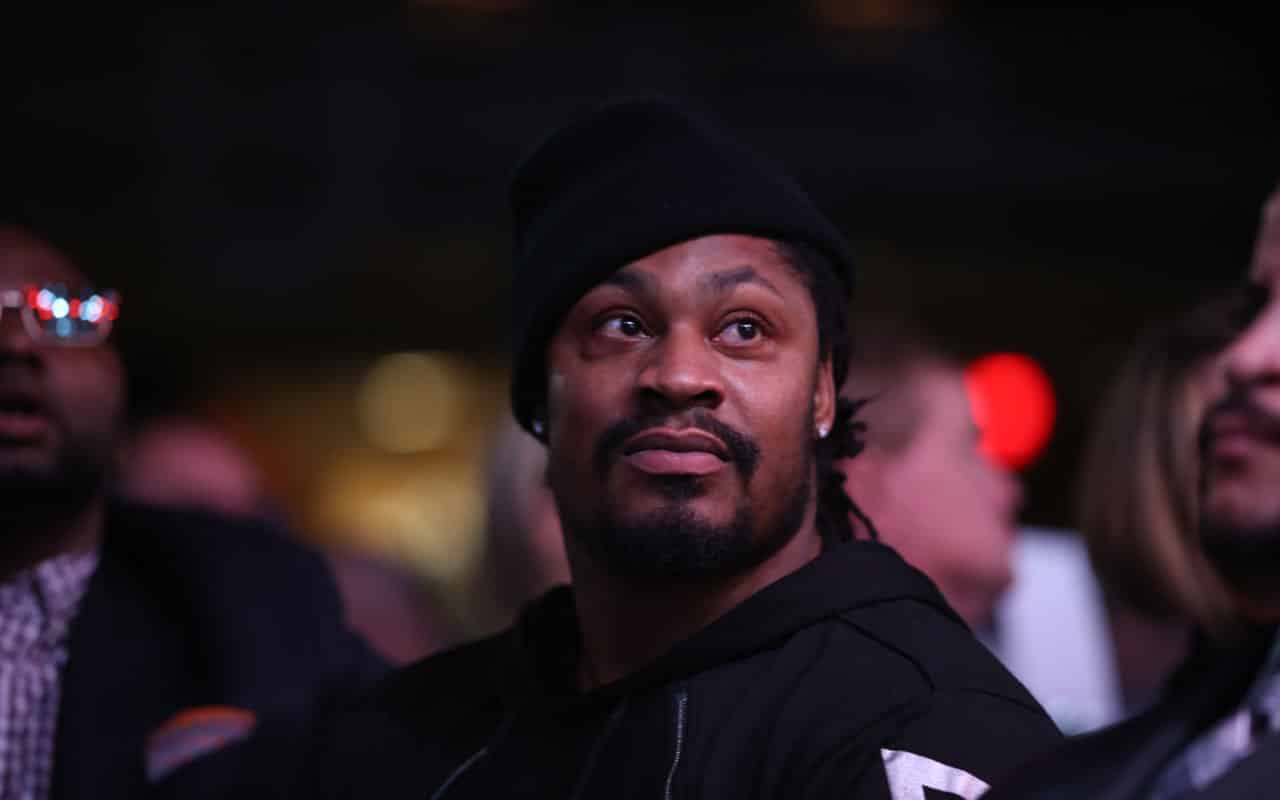 You may remember Oakland Raiders’ Marshawn Lynch for his timely ensemble choice shortly after President Donald Trump slammed NFL players who sit or kneel during the national anthem.

RT this picture of Marshawn Lynch wearing an "Everybody vs. Trump" shirt because no American citizen should be called out by a sitting President for practicing their right to free speech. pic.twitter.com/vqaTWiYMny

Lynch’s shirt didn’t incite any public backlash from Trump but another admirably smart-assy move by the running back certainly did.

Before the Raiders’ game against the New England Patriots in Mexico City on Sunday, Lynch went about sitting as usual during the national anthem. But Lynch’s demonstration became much more pointed when the Mexican national anthem proved to be more worthy of his standing energy. Lynch had time when it came to the recitation of “Mexicans, at the cry of war.”

Unlike Trump, Lynch has remained mum on the protests. Proving yet again that he has too much time on those tiny hands, the president blasted Lynch on Twitter (but didn’t @ him) early Monday morning. He even called for Lynch’s suspension.

Marshawn Lynch of the NFL’s Oakland Raiders stands for the Mexican Anthem and sits down to boos for our National Anthem. Great disrespect! Next time NFL should suspend him for remainder of season. Attendance and ratings way down.

While Lynch chose to remain silent in the face of the president’s antagonism, his mama sure didn’t. Denisa Lynch shot right back at Trump on Twitter.

what NFL team do Trump own ? oh yeah they wouldnt let him have one ,!! LMAO https://t.co/1rPa5jfMjE

Although a number of NFL owner executives have made awfully hearty donations to Trump’s presidential campaign, they do have a track record of denouncing the president when he attempts to advise them as to how they should run their league. Lynch shouldn’t have much to worry about and we’re excited to see which anthem he’ll stand for next.

NFL Star Marshawn Lynch to Retire for the Second Time