She called her son “Mike Mike” because she felt that giving people nicknames made them special. But that was back when Lezley McSpadden’s oldest child, Michael Orlandus Darrion Brown, was just hers and only the village that raised him knew who he was.

Then, on Aug. 9, 2014, he was shot dead by a Ferguson, Mo., police officer who was not charged in his death. After that, the world knew his name, and many rallied behind his cause with cries of “hands up, don’t shoot” and “Black lives matter.”  Still, his mother asserts, the public does not truly know her son.

Now, they may get the chance.  Tuesday marks the release date of McSpadden’s autobiographical book, Tell The Truth and Shame the Devil: The Life Legacy and Love of My Son Michael Brown.

In the days before the project reached shelves both physical and virtual, EBONY.com talked one on one with the activist and author in an emotional, wide-ranging interview.  She opened up about why the book details not only her son’s, but her own upbringing and challenges, including being a victim of domestic abuse.  Most importantly, she hopes Tell the Truth will flesh out the all-too-brief life of a young man who some see as a martyr, others as a menace.

EBONY.com: The very title of your book Tell the Truth and Shame the Devil is an old saying that goes back with Black folks for generations. We know all too well the truth of the tragic loss of your son, Mike Brown. So who, in this case, is the devil?

Lezley McSpadden: Just like you said, that’s an old saying, something that was said to me from my grandmother and it’s not pertaining to a person within itself. It’s the acts of the person and that’s what you read about in the book. You see some devilish acts in the book and telling the truth for me would be letting go of all those things that I went through personally that affected me. I was a young mother at the time so it kind of messed with my state of mind, so I had to gather myself because I was responsible for not only myself but someone else at the time.

So it’s just the things that happen throughout your life. And sometimes you just have to be honest with yourself. So it’s not pertaining to one particular person, it’s the acts of several people.

EBONY.com: This writing is as much about your life as it is about Mike’s. In the book we become very familiar with you. Was that the intention?

LM: Yes, the intention was to show you my rearing also my son’s and our journey together. But I had to show a little bit about myself, hopefully to get people to understand how Mike came along and then how we raised Michael as a village.

EBONY.com:  The language here is very raw. It seems very familiar and spoken in the vernacular of our community and you seem to make no apology for that. Are you speaking directly to Black people with what you’re writing?

LM: I’m not just speaking to Black people, I’m speaking to anyone that would like to know the truth about myself and my son and the time that we shared together that he was here with me. So it’s for all eyes and all ears, not just Black ears. But me being a Black woman…being a Black person in general, some of the lingo is just how we speak. And I don’t think it should be watered down and I think it should be accepted because we all speak differently. No matter what, everyone has their own genre of language, especially when they come from different parts of the world.

EBONY.com:  You describe several incidents of experiencing domestic violence. What will Black women be able to take away from what you’re revealing?

LM: It wouldn’t just be Black women. It’s just any person who is in a situation and things like that occur and like I said, you have to think about more than just yourself. It’s just something that is not easy to talk about and it’s not something that’s easy to confront. Some women, especially young women, we feel like we don’t have anyone to talk to, we always feel no one is going to understand what we’re talking about. And what I’m saying there that it’s me confronting the things that I went through and I never talked about them.

I just always tried to keep them hidden and go on, but at some point you have to open up to somebody and get some advice and get some help to get out of that situation. That’s the message that I want them to get: don’t ever think that no one else has gone through it or that people won’t understand and it’s nothing to be embarrassed about.  But it is something that you should get away from because it’s not healthy for anyone to be in a situation like that.

EBONY.com: Will some of the people you depict in the book be surprised?

LM: I really don’t know. Anyone that I speak of in the book I’ve had a conversation with them and, as you can see, we’ve shared some times together so they absolutely know that they were part of my life during the time of raising my son. So I don’t think they would be surprised, no.

EBONY.com: What do you think Mike say about what you’ve put together here? Is this the story he would have told?

LM: I don’t think it would be too much different, but you have to understand, that’s my son and everything that I went through, he didn’t go through and some of the things that I went through, my son knows nothing about. So obviously I have a daughter as young as seven years old right now and I don’t expose [my children] to all of my obstacles that I’ve been through in life, my downfalls, my shortcomings, none of that because those are my kids. I only want them to have the best and see the best parts of me. Those are the reasons I had to get myself out of those relationships.  So I don’t think his story would be different. I showed my son nothing but positivity.

EBONY.com: You make it clear about your feelings that you and your family were denied justice. Do you think that people – particularly critics – will finally see why you feel that way?

LM: I can’t speak for those people. I wouldn’t know what today, even before reading the book, why they wouldn’t feel that I was denied justice. This isn’t to change anybody’s mind because you can’t do that. People are people and opinions are opinions. What this is, is letting them know who my son was, because nobody knew who my son was, especially speaking of the naysayers and the negative people that feel like what happened was the right thing to happen: no way in the world was it right.

So I just want them to know who Michael Brown was. That’s my purpose. My son was not a bad person, he was not a thug, he didn’t have a rap sheet, he didn’t tote a pistol, he was not like that at all. Not at all. 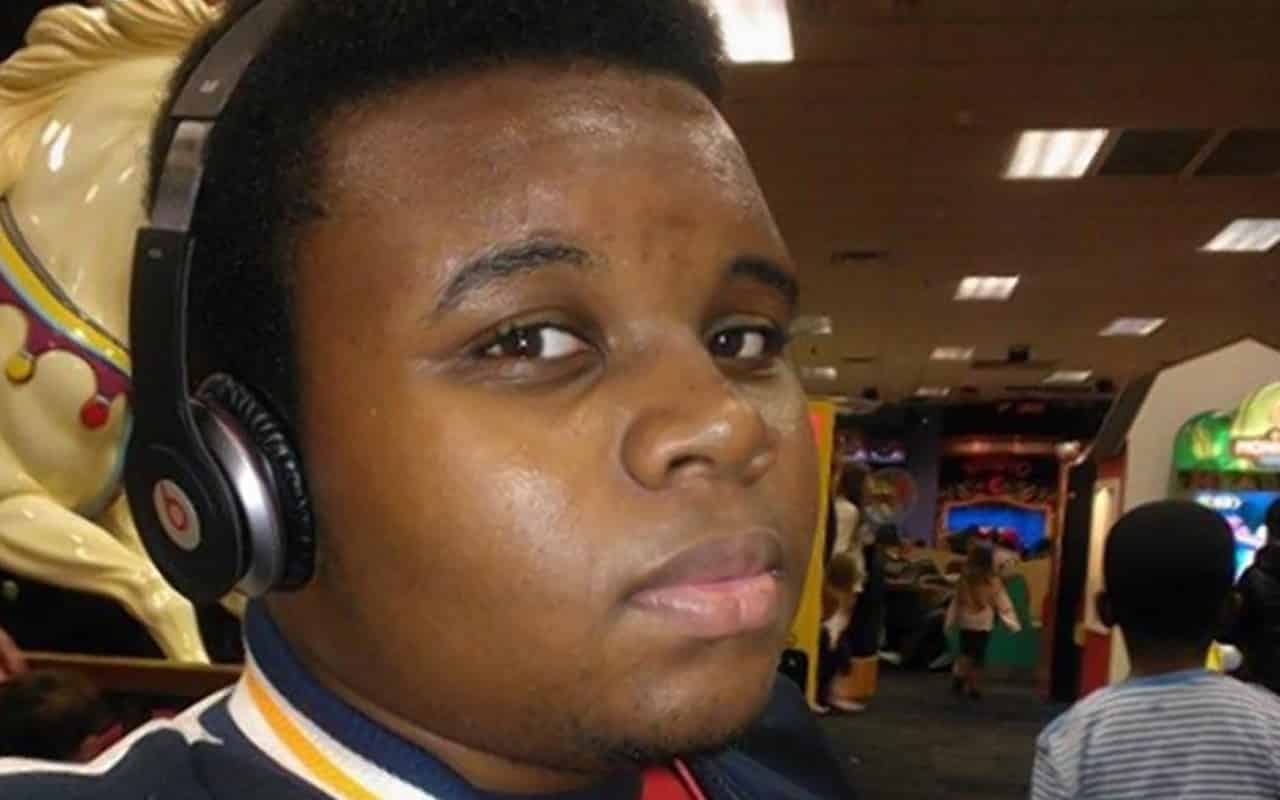 EBONY.com: You’re still a mom with three younger kids. How are they doing?

LM: How do you answer that question? People ask me that all the time: ‘How are you doing?’ And before I can get the answer out, they say: ‘You good?’  And I just shake my head because it’s not something to answer easily. I would have to ask them. Every day we talk to each other: How was school today? What type of day did you have? How are you today?

So you know, they got up and they went to school today, but to tell you how they’re doing or how I’m doing… It’s a feeling…they vary throughout the day because of what’s on my mind. And I’m thinking maybe the same for my 17-year-old and maybe my 11-year-old, but my youngest daughter, I can’t say because she’s into drawing pictures and writing notes all the time now and what I notice is that she writes things and she always includes her brother. She never leaves him out even though she doesn’t see him and I really thought she didn’t understand what death was. I think that she does, I just know that she doesn’t understand what has happened and what is transpiring about her brother’s death.  So to say how they’re doing is really hard to say.

EBONY.com: You have sadly joined a group of parents who have also lost children to violence like this and it seems to keep growing. Will what you’ve written here help to aid people who have experienced what you’ve experienced? Will it help them to heal in any way?

When you lose a child, and unexpectedly like that and it’s just tragic in the way they treated him, I don’t know if I’ll ever heal and I can’t say that for any other parent. I can’t.

Find out more about Lezley McSpadden’s efforts in the community through the Michael O.D. Brown We Love Our Sons & Daughters Foundation: https://michaelodbrown.org/