#Changefest Continues Its Push to Showcase Films Centered on Activism

Beyoncé Partners With Unicef To Bring Water To Children In Remote Areas In Burundi, East Africa

Activism In Our Cities Lifestyle

The American Civil Liberties Union announced a settlement agreement in their federal class-action suit Burks v. Scott County, Mississippi, which challenged the county’s practice of detaining people who can’t afford an attorney for as long as a year without appointing counsel and without formally charging them with a crime.

The settlement agreement and the accompanying order issued by United States District Judge Henry T. Wingate require Scott County and three other counties to end this practice by appointing public defenders at arrest. Providing legal representation so much earlier in the process will ensure that arrestees have attorneys at their first bail hearings to argue for lower bail amounts and release until trial. The settlement agreement and court order also prohibit the counties from detaining felony arrestees solely because they can’t afford money bail, a blow to unconstitutional wealth-based incarceration. The settlement further affirms defendants’ fundamental right to release prior to trial on the least restrictive conditions needed to secure defendants’ presence at trial. 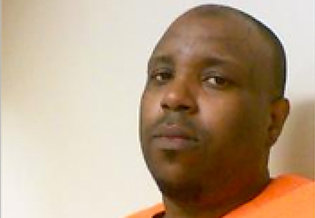 Octavious Burks, 37, has spent several stints in the Scott County jail without seeing a lawyer or having been convicted. Credit Mississippi Statewide Victim

The case was filed on behalf of Josh Bassett and Octavious Burks, who were detained in Scott County, Mississippi for 8 and 10 months, respectively, without ever being charged by indictment or appointed a lawyer. Unlike in the federal system and in most states, Mississippi places no limit on how long a person can be held in jail before the prosecution obtains an indictment. The plaintiffs remained in jail because a local judge set cash bail at amounts neither could afford, and they had no attorney to argue for their release.

“Mississippi has been locking up poor folks without a lawyer and without the ability to make bail for as long as anyone can remember. Desperate and hopeless, many people plead guilty to offenses they didn’t commit just to get back to their families,” said Cliff Johnson, director of the MacArthur Justice Center at the University of Mississippi School of Law.

Mississippi Officer Charged in the Death of a Black Woman