Inspired by Kamala Harris; Immigrant Women Step Up to Help Others.

In 2017, when President Trump signed an executive order barring travel from seven Muslimmajority nations, my life was thrown into chaos. As a Black immigration lawyer and an immigrant myself, I felt compelled to act. I started offering pro bono assistance to Muslim immigrants and others affected by the ban. My clients were grateful, and a local newspaper even published a story about my work. But shortly after I became a target. For months, people called my office, spewed racist slurs and told me “go back to your country.” A group of disgruntled civilians even started a petition intent on asking the Alabama bar to revoke my law license. People seemed unable to comprehend that a successful, intelligent Black female from Africa had the power to make a difference in so many people’s lives here in America.

But I did. I graduated high school in Nigeria at 14 and had finished college and law school in America by the time I was 20. I then spent two years in Montgomery and Washington, D.C. supporting survivors of human trafficking and domestic violence gain legal protection and put their lives back together. By the time the travel ban was announced in 2017 and my work thrust me into the local spotlight, I was only 22. That’s quite the list of accomplishments for someone who couldn’t legally rent a car.

Immigrants and people of color—especially Black women—are used to being devalued and attacked for how we look and where we come from. But now, the emptiness of these attacks are on display nationwide. From the moment Kamala Harris—a Black woman and the daughter of Jamaican and Indian immigrants—became the Democratic vice presidential nominee, she exploded the racist narrative that conservatives have done their best to write: that a woman of multi-ethnic heritage simply isn’t qualified to hold the nation’s second highest office.

Demographically and culturally, America is a different place than it was even 12 years ago when Barack Obama became the first Black president. First, projections show that by 2044, the majority of Americans will be people of color. Second, “The Chisolm effect” has mobilized Black women and women-of-color to be politically engaged at all levels of governance. Many of these women, including Harris, Sen. Senator Tammy Duckworth, Rep. Alexandria OcasioCortez and 12 freshman congresswomen, are having their say in the Capitol. Finally, the work of Black Lives Matter activists post-Ferguson has raised the nation’s awareness of structural racism. Previously radical solutions like reparations, holding police accountable and prison reform have now become more mainstream. Every day, America looks and thinks a lot more like Kamala.

We all remember the citizenship conspiracy theories President Trump promoted about President Obama. Some call it birtherism, but that makes it sound less racist than it is; white candidates rarely, if ever, experience the same type of scrutiny. During an August press conference, Trump did the same thing to Harris. It is a well-established fact that Harris was born in Oakland, CA and is a natural-born American citizen. And yet, when asked about Harris’s eligibility, Trump didn’t dismiss the rumors. Instead, he gave them credibility, calling them “very serious.”

Only people of color have their American origins questioned like this. Because they are white, Joe “Middle Class” Biden and Donald “Mogul” Trump can shape their backstories to suit their desired narratives with little criticism. First Lady Melania Trump—an immigrant herself—can visit immigrant detention centers wearing a “I don’t care” jacket and defend her husband’s xenophobia without getting called a hypocrite. White privilege is when Melania got her parents green cards in 2018 using “chain migration,” a family-based pathway her husband has publicly and repeatedly condemned as “evil” and “not acceptable.” All the while, 700,000 applicants linger in a backlog that has increased 93 percent since January 2016. But Harris who, is Black, Indian-American and a second-generation American, gets accused of playing identity politics.

But Republican attempts to delegitimize her as a candidate are not going to work this time. White people now make up less than half of the population under 16 for the first time in our nation’s history, while half of all children now come from immigrant homes. But it’s not just the faces of young people that are changing. Voter demographics are evolving too. There were 19.9 million eligible immigrant voters during the last presidential election, according to the immigration nonprofit New American Economy. This year, an estimated 21.2 million immigrants will be eligible. From 2017 to 2018, the increase in eligible immigrant voters in three battleground states (Michigan, New Hampshire and Florida) was larger than the margin of victory in the 2016 election.

We’ve already seen the effects of this shift. Democrats flipped 43 congressional seats in the 2018 midterms. In nearly all those districts, the voter pool was more diverse than it had been even just five years earlier.

Sometimes, I admit, it’s hard not to feel defeated. What’s most important to me after moments of defeat and despair is getting back up again, grounding myself in my reasons for doing the kind of advocacy work I do, and getting back in the arena to continue the work millions of Black and African descended people before me have been doing to make the world a more just place. After the racism I experienced in 2017, I moved to San Francisco for two years and switched to environmental advocacy work. I just needed a break. But in April, after the Covid-19 pandemic hit, I decided to move back to Alabama to be closer to my family. During my time in the Bay Area, I realized racism isn’t exclusive to the South—it’s everywhere. And I decided that no one was going to tell my story but me. That meant starting my own business; next month, I’m launching a consulting and strategy company called Afangideh Global alongside six other African women. We are carving out a space and community for ourselves within our professions where we feel seen and heard.

Harris is doing the same, carving out space for all of us. At the Democratic National Convention last month, she praised her mother: “She raised us to be proud, strong Black women. And she raised us to know and be proud of our Indian heritage.” As a Black immigrant woman, I was proud to see her standing there behind the podium, tall and fierce, reclaiming the parts of her narrative that others have tried to use against her. She wasn’t hiding her multiethnic immigrant heritage—she was honoring it. I saw her. And I felt like she was seeing me too.

Salem Afangideh is a lawyer and policy consultant and strategist in Montgomery, AL 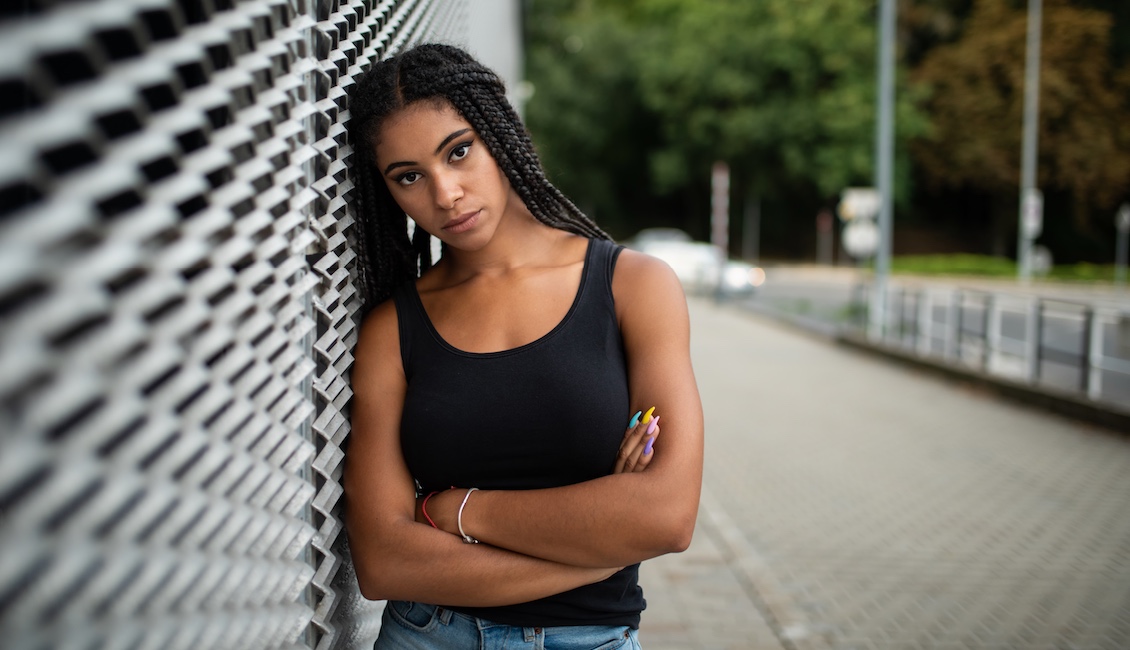