What Black Mothers Must Do in This Moment
Advertisement

Black Lives Matter, According to Meg

OPINION: How to Kill A Mogul in the Era of #MeToo 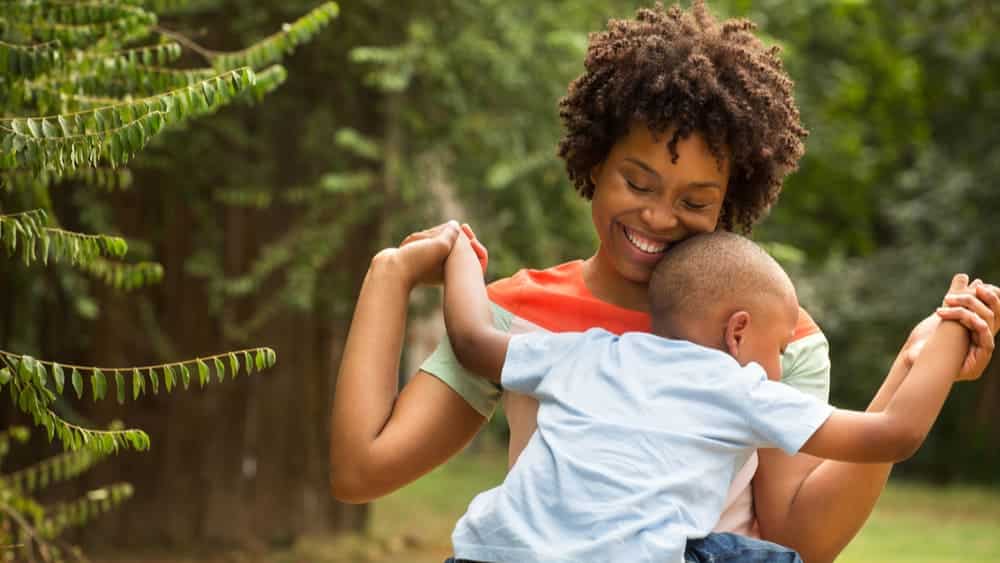 Like every mother, I want my children to have the chance to achieve their dreams and accomplish that which their heart desires. My hopes for my children are no different than those of most mothers. What is different is that I wake up every day knowing my Black children are less likely to succeed because they live in a world that is often hostile to Black people. If they make one false move, they may not get a second chance at another simply because our world believes in second chances so long as the recipient is the right color or the white color.

As a wife, a mother of five, an activist and the leader of a national organization, Clean Slate Initiative, which is dedicated to eliminating barriers for formerly incarcerated people, I think about second chances often. I also think about what Black mothers must do to help our children today and every day, especially in this moment of intense national pressure filled with more questions than answers.

I have experienced the joys and pains of motherhood since the age of 14 when I had my first child. Over the next 10 years I had three more sons and a daughter. I was judged and discriminated against for being a single, Black, teenage mother. Despite the naysayers, I fought hard to give my children a chance. But what I’ve done for them has nothing to do with how the world might treat them. Therefore, this has changed how we act:

My first child Xavier is a creative. He develops videos, loves photography and appreciates thinking outside of the box. He understands that if he doesn’t fit the mold society has for him, he may be judged. I trained him to forge ahead anyway.

My second son, Xandre is a college football player and enjoys training and running. I remind him now to activate his phone’s GPS before he goes for a run so I know where he is and when to expect him back. I do that because Ahmaud Arbery was hunted down and murdered while running outside.

My son Nathan recently graduated high school. He and his friends like to play their music too loud in the car. Nathan can’t assume he’ll be treated like any other teenager, so I remind him to keep the music down. I do that because Jordan Davis was killed outside of a convenience store ostensibly for playing his radio too loud.

Xzion, my 13-year-old, likes to walk to our local park and hang out with his friends. I caution him to be mindful of his surroundings. I do that because Tamir Rice was just a year younger than Xzion when he was shot and killed by police for playing in a park with a toy gun.

My 16-year-old daughter Xcellence doesn’t even have to leave the house for me to worry about her actions. Breonna Taylor was asleep in her apartment when police shot her to death and I am reminded that even the home isn’t necessarily immune from state-sponsored violence. I must now actively think how I can protect my daughter at home.

I am acutely aware that there are murders for every scenario of being Black in America. I can’t be prepared for all of them and neither can you. We shouldn’t have to be. But while we must do something to aggressively protect our children and we must also join the fight in making this world a better place, however we can.

I have committed myself to reforming the criminal justice system. I understand the importance of not just that first chance to avoid trouble, but the second one that is on the other side of trouble that can change a person’s life for the better.

Due to decades of overcriminalization in this country, one in three Americans have some type of criminal record. Even upon their release, many of these people are never fully free. Once a person has had contact with the criminal justice system, they are branded with a record that prevents them from having the same opportunities as everyone else – even though they completed their sentence. They are limited in where they live, work, and go to school. They face hurdles in almost every area of life. A criminal record creates barriers to earning a decent living, obtaining stable housing, and accessing education and training. These barriers are even more pronounced in the wake of COVID-19, which has shrunk economies and disproportionately impacted black and brown communities – the same communities who suffer most from over incarceration.

Many of the Black women I know are system impacted, meaning they or someone they love has been touched by the criminal legal system. In fact, nearly half of American children have at least one parent with a criminal record and the challenges they face in finding a job and secure housing can result in long-lasting family economic instability and severely limit a child’s life chances, including hampering children’s cognitive development and educational achievement.

I have spent my entire adult life trying to make life easier for the people in my community. I have marched, protested, and organized to fight for the equality and justice too often denied to Black people in this country.

As a Black mother, it is easy to feel helpless and terrified, especially in this moment. Every time one of my children leaves the house, I have one thought: ‘will they be safe?’ The reality is, I do not know. But what I do know is that Black mothers, there is only one option – putting our fear, hope, and passion into the work of fighting hard to ensure all of our children have a clean slate, and a real shot at success; today and every day.

Sheena Meade is the managing director of the Clean Slate Initiative. Additionally, she partnered with her husband Desmond Meade, to help ensure voting rights were restored for 1.4 million Floridians.