[Powered by Nationwide] Poll: Who is Your Choice for the Power 100?

The Community Crusader YOU picked for the EBONY Power 100 is: 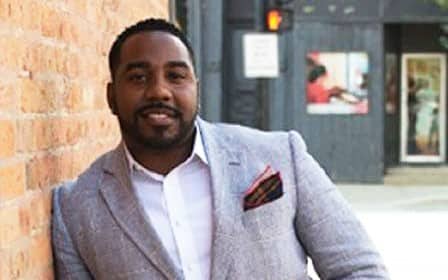 The other crusaders scored in the poll as follows:

Thanks for participating. Read more about the contestants below.

Cities all over the country have local heroes who work in the community organizing anti-violence rallies, or creating feed-the-homeless events. These are the folks leading neighborhood watches, creating dialog between the community and the city council or police precinct. They may also double as a mentor to all the kids in the area, help seniors figure out how to keep their lights on and get their fellow residents to support a community garden.

Much of the time they don't get recognition for their hard work, but the reward for them is to be able to continue to serve the community in which they live. These four people are examples of leaders who exemplify this and then some. The great thing is you can select which one of them you think should be in our Power 100 list.

Read these short bios and then use the poll below to select which of these Community Crusaders is your people's choice!

Earl D. Fowlkes Jr., is the founder, President and Chief Executive Officer of the Center For Black Equity and a widely respected, long-term, HIV/AIDS activist. He also founded the IFBP in 1999 as a coalition of Black Pride organizers from the United States, Canada, United Kingdom and South Africa which came together to promote a multinational network of LGBT Pride and community-based organizations. He interacts everyday with men and women of African descent who are same-gender loving/trans. He is touched by the similarities that others reflect, and the common hopes that unite this community of individuals.

Reginald L. Cotton, founder at Charity Contributors of Chicago and Chicago Police Officer. Although he had a background in finance and event planning, Cotton decided to enter law enforcement in 2006. He has made a great impact in his role as a police officer, receiving multiple accommodations locally and nationally; the Federal Bureau of Investigations and the United States Secret Service to mention a few. Although Cotton grew up around his own issues, the new role as an officer opened up many opportunities to see the numerous problems plaguing our society. He has always been a servant and willing to donate his time and money to help a worthy cause.

Antonio French is a Democratic alderman in St. Louis who represents Ward 21, located just a few miles from Ferguson, Mo. A former journalist, Antonio French is usually tweeting or vining. He’s attracted 121,000 followers and has developed a reputation as a calming figure between demonstrators and police. French had a part in making Twitter the go-to place to see what was happening in Ferguson. He has posted a continuous stream of photos and videos of protestors’ confrontations with police, interactions between groups of protests and anecdotes from protestors.

Dr. Nicol Turner-Lee is Vice President and Chief Research and Policy Officer for MMTC. In this senior role, Dr. Turner-Lee designs and implements a research and policy agenda that supports MMTC’s mission, and advocates for telecom and Internet policy reform through legislation, rulemaking, executive orders, public-private partnerships, and best practices. In 2011 she was appointed to the Federal Advisory Committee on Diversity in the Digital Age by former FCC Chairman Julius Genachowski of the Federal Communications Commission, where she chairs the subcommittee on the use of unlicensed devices to increase minority innovation and entrepreneurship.

At Least 10 People Killed in Mass Shooting at a Supermarket in Buffalo, New York