On a frigid afternoon days before Super Bowl XLVII, crowds of football fans and reporters hustled past about 20 protesters across from Newark’s $300 million Prudential Center, and the crown jewel of a nascent downtown rebirth. Inside, Gov. Chris Christie took the opportunity to forget his Bridgegate troubles. Out in the 12-degree cold, the demonstrators were led in their opposition to state-proposed school closings by Ras Baraka, a Newark principal, son of the late poet and Black political theorist Amiri Baraka, and a candidate to replace Cory Booker as Newark’s next boss. In a series of exclusive interviews, Ras Baraka told EBONY about trying to wrest control of urban “Apartheid schools” back from state governments, turning his city into a laboratory for 21-Century urban revival, and his father’s enormous legacy.

EBONY: You’re protesting the state’s plan to reorganize Newark’s schools. Why should parents outside Newark care?

RAS BARAKA: The state intervened here in Newark because the people fought so they could get more resources, but that hasn’t been the case. People don’t believe our parents in Newark,  or in other urban areas, have the skill to guide education, which is why we have these state takeovers and paternalistic attitudes towards parents. I think the power belongs to the parents. They should have the right to control their children’s education like any other community. The debate we’re having right now, about closing schools, I don’t think it has anything to do with school reform.

EBONY: But schools in Newark and other cities are struggling and losing students. What’s the debate really about?

RB: A lot of the things that have been touted as making incredible changes in schools have failed miserably. The problem is that five or six corporate leaders, two or three politicians are deciding, “this is what we’re going to do,” with education instead of a groundswell of people asking, “What kids are learning? Is it relevant to their lives? Are the teachers prepared? What is it we’re asking kids to do every day in school?”

RB: American education is still segregated. In Newark, the schools are over 80% African American and Latino and there’s also over 80% poverty. They come to the school with a lot of deficits. But the real segregation is in the curriculum because there are things other  kids learn that our kids don’t have access to. So this whole idea that our kids can’t pass the state tests…a lot of kids haven’t been introduced to the information on the state test. Of course they’re gonna fail it, because they haven’t even seen it. You give test them on things they’ve never had, then say the school is failing and it should close. Every educator in  Newark knows that but nobody says anything. They just let them fail.

EBONY: So how do you fix urban schools?

RB: [US Secretary of Education] Arnie Duncan said we have to be disruptive in education. I agree with that. But disruptive to some means closing a school. Disruption to me means change the school day. Rearrange the school year. We’re still following the old, agrarian school days. We need to change it. Our kids need more time in school, but not more time doing the same things, not longer classes. They need more access to things that other kids have access to, plus to deal with the deficiencies they may come to school with.  Give them opportunities to be part of community organizations and travel, to do things they wouldn’t otherwise do.

EBONY: Besides the schools, Newark still has lots of problems. Why do you think Newark should be a model for other cities?

RB: Every other city with a similar population and demographics has the same problems Newark has: education, crime and violence, poverty, an incredibly large African American male unemployment rate, lack of development. But 75 percent of this country’s GDP comes out of these urban areas, so any opportunity to move Newark forward is an opportunity to move other municipalities that look like us forward. We have an opportunity to do some innovative and creative things and change the trajectory of this city and have an impact on other cities.

RB: On economic development, for example, we have a deputy mayor whose sole job is to make sure everything that happens in the city has jobs attached to it. We have the opportunity to use what’s going on downtown–Prudential is building a brand new tower, a Marriot Hotel that’s opened up, a Joe’s Crab Shack, Shaquille O’ Neal is building luxury condos, Panasonic is coming to our city–to foster what can go on in the neighborhoods. Our plan is to attach downtown Newark’s development to the neighborhoods.

EBONY: In most cities a deputy mayor is a fairly weak position. How can a city use that to guarantee anything?

RB: I look at that office like a jobs czar. We have ordinances that say developers and contractors have to hire locally first. Where developers want to use public subsidies, where they can’t develop without city funding or tax credits, we can attach opportunities for employment or small business growth. In the past, there’s been no accountability for that.

EBONY: Other cities tried to enforce Affirmative Action programs that way and got shut down by the courts. What’s going to be different?

RB: We have to do business with people who have same core values we do.  New Jersey’s Economic Recovery Act of 2013 includes a whole list of tax breaks and credits for businesses, but in order to do these types of projects, you need the Mayor’s signature. We’ll let people know that these are our priorities: employment and small business development. If you’re doing that you can do business here.

EBONY: You brought up Black male unemployment, which is a stubborn problem nationally. What can a mayor do about something the entire country hasn’t solved?

RB:  It’s a systemic issue that’s going to take not only every mayor in the country but a federal push. We need help with that.  We need a national strategy using our United States government and the president. There needs to be a plan with work projects or serious investments and tax credits at the federal level that helps create jobs in inner cities. Our universities have to develop programs in elementary schools and high schools that target African American men and develop these skills they need to take the jobs that are becoming available.

EBONY: Public infrastructure is it’s a big part of your economic plan for Newark, provided you win the election. What project do you really want to see done?

RB: Transportation. We have three or four unused train lines. If Port Authority put them back on line, that’s a huge project connect cities together and attach Newarkers to jobs. And that, again, can be replicated across the country, to fix existing transportation infrastructure to create jobs and connect people in cities to existing jobs.

EBONY: But those rail lines have been unused for decades. If they have so much potential, why hasn’t it happened already?

RB:  All the old train lines go back prior to World War II,  when all the inner cities became occupied by the migration from Puerto Ricans and African Americans, and Whites moved to the suburbs, creating White Flight. Right now people are opposed to it–you can’t take race out of it–because people still see these cities as Black cities. But these cities are not just Black cities. A lot of younger Whites are moving back to cities or close around them. We have to re-brand what the American city is. Who lives there. What the demographic is.

EBONY: A big part of how cities are viewed is also about crime, and Newark leads Jersey in violent crime. You’ve said cities need to address violence as a public health issue rather than just a law enforcement issue. Why?

RB: If we treat violence with police, all we’re doing is attacking symptoms and not the problem itself.  We have to go to the root cause. We need to label violence differently. When you go to the doctor and the doctor says, “You have cancer,” they’re going to treat it like cancer. Well, violence has been labeled incorrectly for years as Black people being prone to killing each other or we’re just ignorant. This is how we got strategies which have had minimal to no effect, or which created more problems, like Stop & Frisk or racial profiling. These things are the result of us incorrectly labeling violence because of a racial perception. It’s a sickness that we have to treat as we do polio or the AIDS pandemic.  The CDC or National Institute of Health has to agree that violence is a public health issue in that it can spread. And if that’s the case then money needs to given to fix these issues.

Once you start talking about violence you have to speak on education because kids are learning more about violence than skills. If you know there’s high levels of unemployment and poverty causing people to be more prone to violence, you have to address these things. You have to talk about neglect and disinvestment and abandoned properties, absentee landlords, garbage and debris, vacant lots and economic investments in those communities. You’re giving people integrity and pride. That has nothing to do with the police.

EBONY: A mayor can control how many police get deployed, but he can’t legislate self-esteem.

RB: We can’t legislate it but we can make the city conducive to people’s self worth. We have a rampant culture of hopelessness coupled with a culture of narcissism and greed, which is a totally American idea about selfishness, not selflessness. That’s something we can challenge through our cultural institutions like universities, social programs, youth leadership summits. The school I’m in charge of as a principal, it was rampantly gang violent. You have an atmosphere where you can’t get to education because everyone’s worried about safety. At some point you to have to intervene. I think the mayor has the ability to do that, but I don’t think he has the ability to do it by himself.

EBONY: Your campaign bus was burned in early February. Did you think that was politically motivated or just vandalism.

RB: I don't think anybody would take the chance to vandalize a bus like that. It's absolutely politically-motivated. We are fighting against a huge machine and I think they would do anything to stop us. This is a very serious election in the state of New Jersey.

EBONY: Do you know who did it? Have the police followed up?

RB: The police put a $1,000 reward out. They do have a suspect, but they haven't followed up with us after that. We're waiting to see if they have more details.

EBONY: You recently lost your father, who had huge influence on Black political thought. How would he view Newark today?

RB: My father loved Newark and it’s people. He thought what happened here was important to Black people all over the country. He was disappointed by a lot of what we’re seeing in the schools, with our children and in the community. But he would never think the situation was hopeless. He’d say now was exactly the time to be acting, not sitting still. 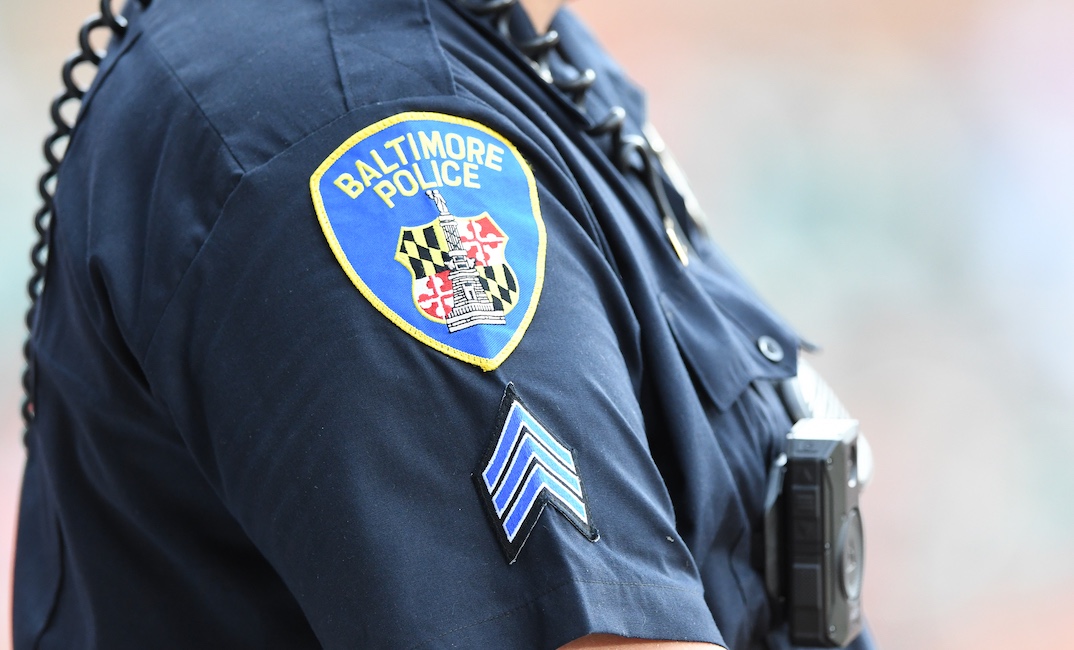 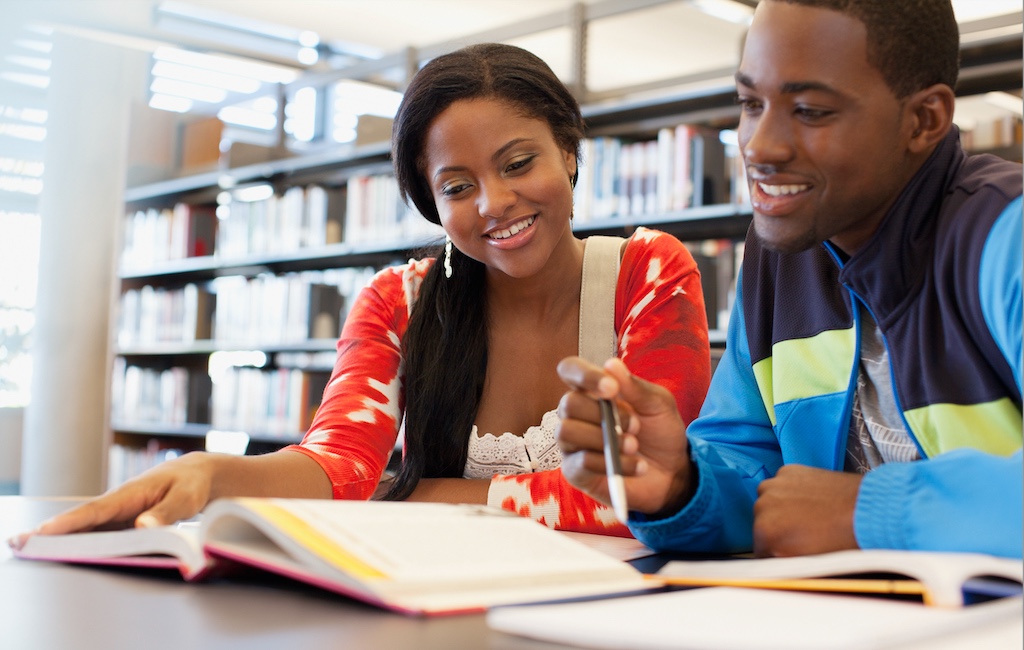 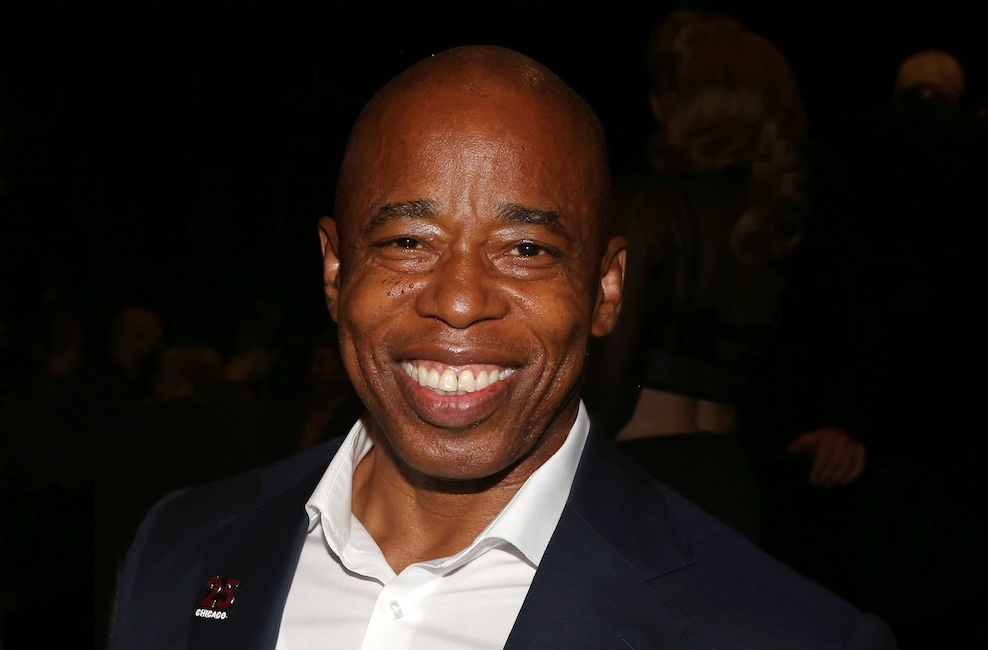