September 30th  marked the 38th anniversary of the Hyde Amendment, and if you don’t know what that is, you should. It’s the discriminatory policy that bars millions of people across the country from accessing full reproductive health care, including abortion. Passed in 1976 after the right to an abortion was affirmed by Roe v. Wade, the Hyde Amendment has been reauthorized every year with our nation’s annual budget, and unnecessarily bars families who receive their health insurance through the federal government from receiving comprehensive abortion coverage. Those impacted include families on Medicaid, federal employees, Peace Corps members, military service members, and Native families who rely on the Indian Health Service. While the amendment makes an exception for abortions in the cases of rape, incest, and health of the parent, the abortion coverage is virtually impossible to access quickly due to bureaucratic red tape and low rates of reporting for survivors of rape and incest. All the Hyde Amendment actually does is codifies the discrimination of women of color, and poor families, into our healthcare system.

This paternalistic and targeted discrimination is exactly as the amendment’s architect, former Congressman Henry Hyde, intended.

“I would certainly like to prevent, if I could legally, anybody having an abortion: a rich woman, a middle class woman, or a poor woman. Unfortunately, the only vehicle available is the [Medicaid] bill.”

And the discrimination didn’t go unnoticed by Justice Thurgood Marshall in his dissent when the Hyde Amendment was challenged, and upheld, at the Supreme Court in 1980.

“The Hyde Amendment is designed to deprive poor and minority women of the constitutional right to choose abortion.”

When it comes to who is most impacted by the Hyde Amendment, the stats speak for themselves. According to Guttmacher Institute, over 40 percent of women having abortions are living below the federal poverty level, and over 60 percent are already parents. It is clear that the decision to have an abortion is one deeply connected with a family’s decisions about the size and economic stability of their family. With one in three women having an abortion, reversing the Hyde Amendment is crucial to ensuring reproductive and economic freedom for all families.

“For four decades the Hyde Amendment has stood in the way of poor women, who are often also women of color, from making private medical decisions that best meet their needs and the needs of their families,” explained Shanelle Matthews, a board member at the National Network of Abortion Funds, a nonprofit that helps people in need pay for safe abortion care. “Every year that Congress continues to ban Medicaid from covering abortion, they systematically push women deeper into poverty by forcing them to carry unwanted pregnancies to term. It’s egregiously archaic.”

Pushing families deeper into poverty isn’t the only side effect of The Hyde Amendment, unsafe healthcare or health risks are also a consequence.  When the average cost of an abortion is $480, and can cost up to several thousands of dollars (not including travel costs to a clinic, lost wages from time off, and costs of childcare for their other children) some people turn to unsafe alternatives. People have resorted to drinking household cleaners or asking a friend or family member to punch them in the stomach. People have talked about considering throwing themselves down flights of stairs.

“In our research, women specifically talked about the high cost of accessing abortion services at a clinic as a reason why they tried to end the pregnancy on their own,” said Dr. Daniel Grossman, Vice President for Research, Ibis Reproductive Health. “Low-income women, women of color, immigrants and young women all face particular barriers to pay for abortion care.”

More often what we see is people selling belongings, taking money from necessary expenses like groceries or rent and calling out favors from anyone in their life who can lend them money. This can be a complicated, degrading and dangerous process and often delays access to care making the procedure more complicated and more expensive.

But there are efforts to ensure that barriers to abortion coverage, like the Hyde Amendment, are lifted, and that those who are impacted have a voice to speak out. Over the summer, activists traveled over 10,000 miles, to twelve cities, with the All* Above All road trip to share their personal abortion stories and educate community members and lawmakers about the impact of barriers to abortion care. Jasmine Burnett, Co-Founder of the National Black Network for Reproductive Justice, was an organizer of the Philadelphia bus stop and noted the impact on Pennsylvania residents. “It’s always a great day when we are able to talk to Black women who are not directly engaged in advancing reproductive justice in an organized way, but who represent the lived experiences of what we’re working to protect.” Burnett noted that the stop was important, not only to talk to the community about the Hyde Amendment, but also the current state of access to abortion care. “I was surprised that many didn’t know that unlike our neighbors in New Jersey, Pennsylvania does not cover abortion services for women on state Medicaid or veterans…the All* Above All Road Trip was a tool for women to experience a supportive and celebratory opportunity to learn about laws that directly impacts the ease with which they are able to move through the world.”

As Burnett notes, like New Jersey, fourteen other states, do allow the use of state Medicaid funds to cover abortion, however this doesn’t eradicate the need for financial assistance. “The stigma of Hyde is so pervasive that even in states where Medicaid covers abortion care, connecting women to the resources they need and deserve can be challenging,” explained Matthews.

The fight to repeal the Hyde Amendment is also happening on college campuses and on the Internet, too. Organizations like Advocates for Youth share abortion stories online through their 1 in 3 Campaign, on college campuses through abortion speak outs, and through theater vignettes. Sharing and hearing abortion stories are a way to connect with different experiences and put a personal face on an issue that is often seen as a political struggle. We know that access to abortion and the Hyde Amendment is more than the pro-choice and anti-choice dichotomy – it’s about reproductive and economic justice.

“Choice is the first line of defense in achieving justice,” Burnett added. “If Black women and girls cannot move through the world and make self-determined decisions about the health and wellness of their bodies, lives, families and communities, then we are denying the human rights of women with limited financial resources and punishing them for being victims of the flaws of social, political and economic systems in this country.”

We know that 7 in 10 Americans believe abortion should be legal and accessible. Now is the time to lift the barriers that stand in the way of safe abortion care and justice. 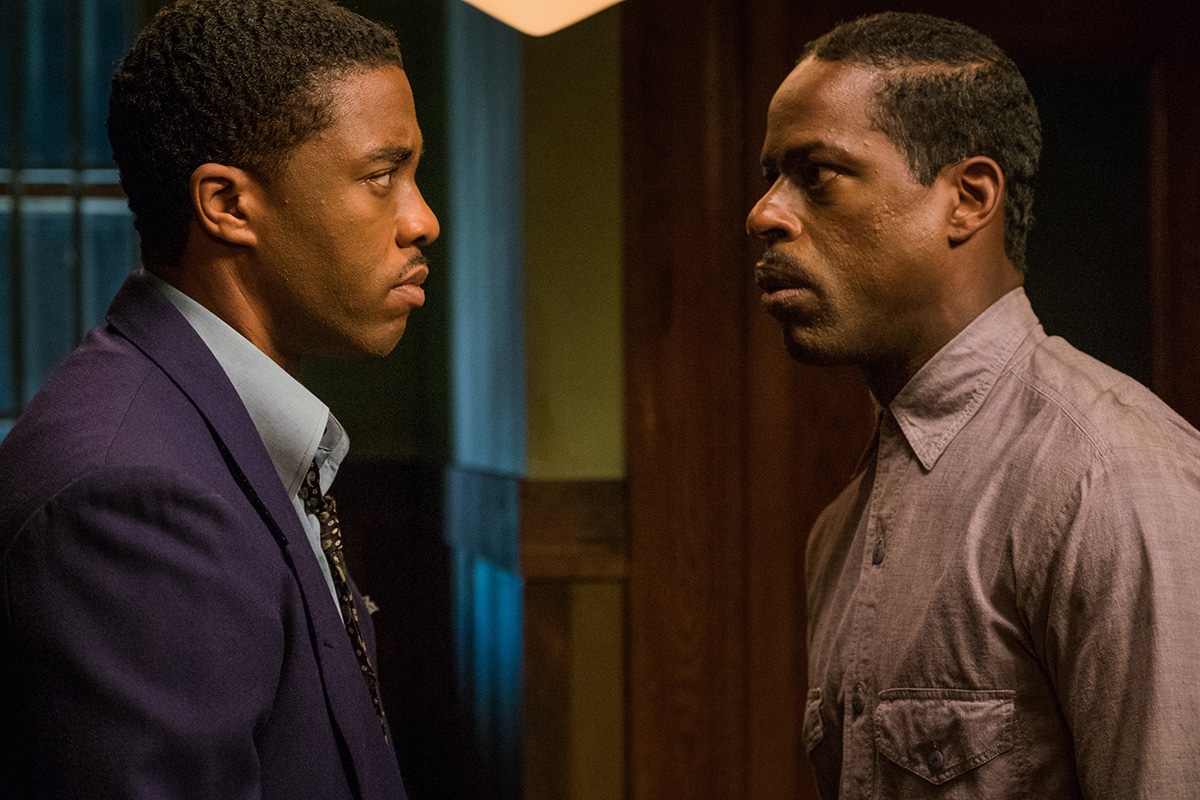 Before ‘Black Panther,’ Chadwick Boseman Will Star in ‘Marshall’