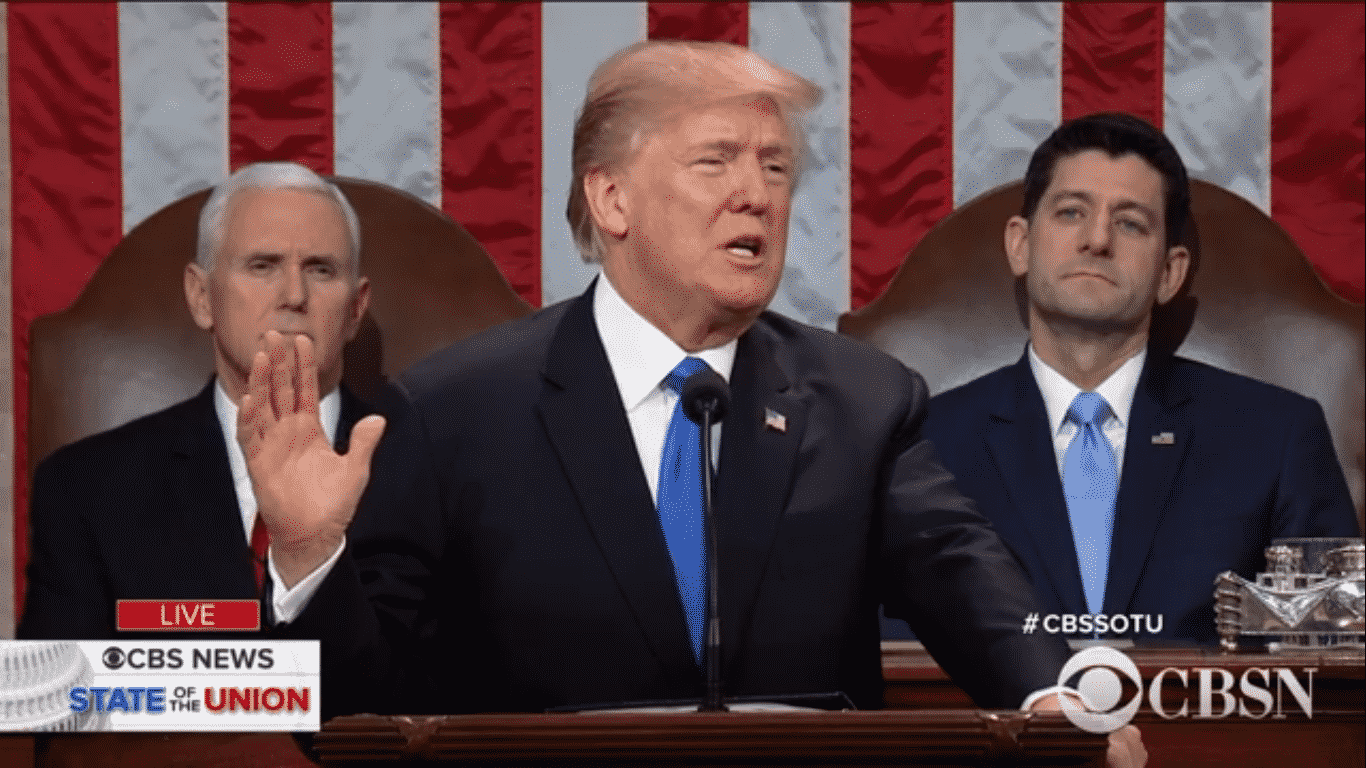 During President Donald Trump’s State of the Union address on Tuesday night, the President’s speech was nearly absent of ignoramus up until the 34-minute mark.

After acknowledging one of the White House’s special invites who they believe to be a symbol of the everyday hardworking American, Trump took a dig at NFL athletes who protest during the national anthem.

Preston Sharp was given credos by the president for taking initiative upon realizing the tombstones of veterans like his grandfather, didn’t have any special mark indicating their service to the country. The young boy is now responsible for the placement of over 40,000 flags and red carnations at the grave sites of veterans.

The anecdote was a bit heartwarming until the president felt compelled to insert his signature pettiness and faux patriotism.

He said Sharp was the perfect example of “why we proudly stand for the national anthem.” The statement was followed by roaring applause.

In Sept. 2017, Trump disparaged NFL protesters by advising NFL owners and coaches to get any “son of bitch” who exercises their right to protest “off the field.”

When his words were rebuked by the public including NBA and NFL athletes, the president launched a petition which would require players to stand during the anthem. But that’s as far as the proposal went. He clearly still feels a way.

In this article:NFL, NFL protests, President Donald Trump, state of the union

NFL Star Marshawn Lynch to Retire for the Second Time