A day after an auction website removed the gun George Zimmerman used to shoot Trayvon Martin to death, another site picked it up. But the online sale listing may have been hijacked by internet trolls interested in keeping the weapon out of reach.

GunBroker.com had initially listed the Kel-Tec PF9 pistol, which was owned by Zimmerman when he fatally shot Martin, 17 near his father’s home in Sanford, Fla. Bidding started at $5,000 on Thursday, but before the day was out, the listing had been taken off the website without explanation minutes after it went up and as internet anger reached a fever pitch. 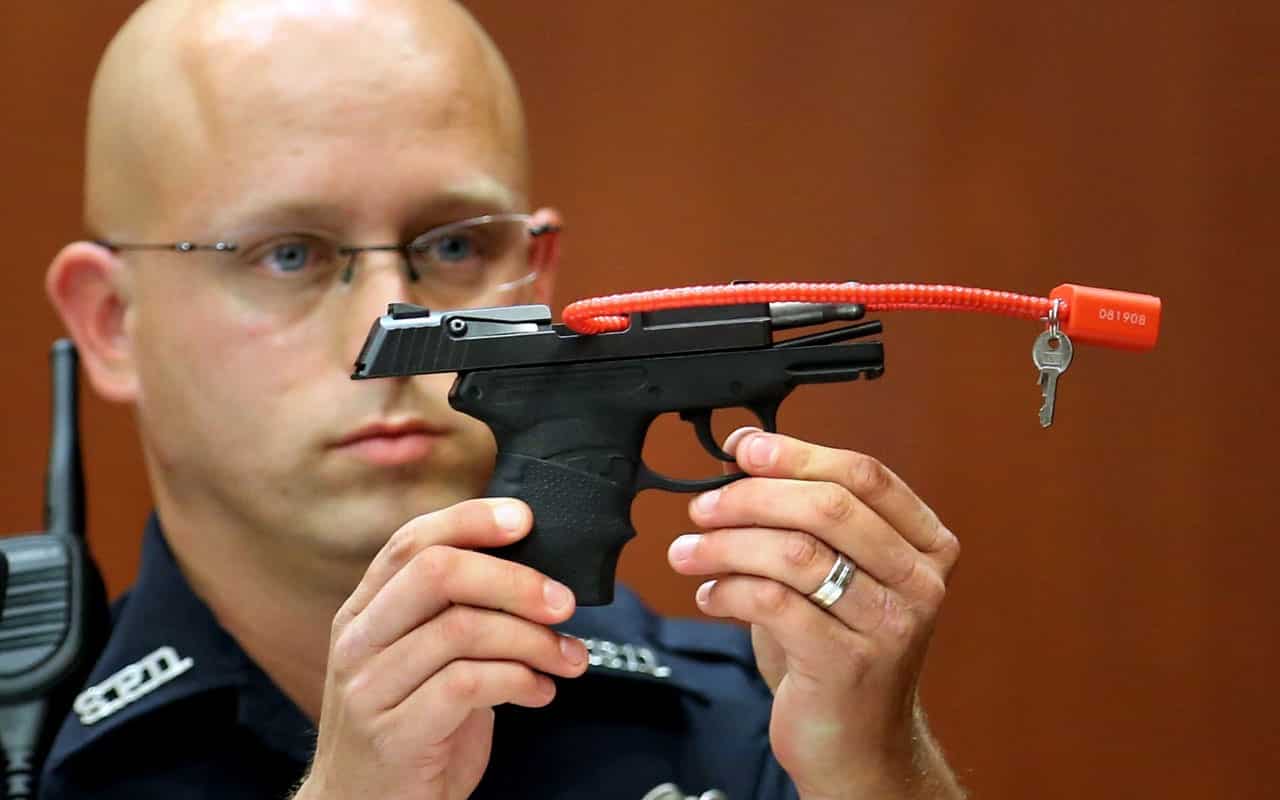 The site’s administrators, noting they reserved the right to reject listings at its discretion, said: “We want no part in the listing on our web site or in any of the publicity it is receiving.”

However, a website for the United Gun Group began hosting  an auction for the weapon later in the day. The site calls itself a “social market place for the firearms community.” The group pulled down the listing briefly late Thursday, distancing itself from Zimmerman.

“Our mission is to esteem the 2nd amendment and provide a safe and secure platform for firearms enthusiasts and law-abiding citizens; our association with Mr. Zimmerman does not help us achieve that objective,” the organization wrote, according to USA Today.

However, the gun was not only re-listed on the site by Friday morning, but the price was driven astronomically high by people with apparently phony accounts.  By late Friday morning bidding was up to $65 million.

Zimmerman’s listing said a portion of the proceeds would go toward fighting what he calls violence by the Black Lives Matter movement against law enforcement officers, combatting anti-gun rhetoric of Democratic presidential candidate Hillary Clinton and ending the career of state attorney Angela Corey, who led Zimmerman’s prosecution.

Zimmerman, 32, has said he was defending himself when he killed Martin, and was acquitted in his death in a 2013 trial.