Miles Davis Mean Man of Music featured in June 1960 Tan Magazine. This image can be purchased from the EBONY Collection here.
By #TeamEBONY  | October 5, 2016
Share

Miles Davis defined the idea of cool. A master of the trumpet, his jazzy (though he disliked the term) creations were free, experimental, whimsical and birthed a new way to interpret the genre.

What’s revealed in Next Level Badass: Miles Davis x Francine Turk is a bold tribute to Davis on what would have been his 90th birth year. The exhibition introduces a new generation to the musical genius and dives deep into the mind of Miles with material from his sketchbooks, diaries, relationships and other personal items to deliver an artistic collective of paintings and collages. 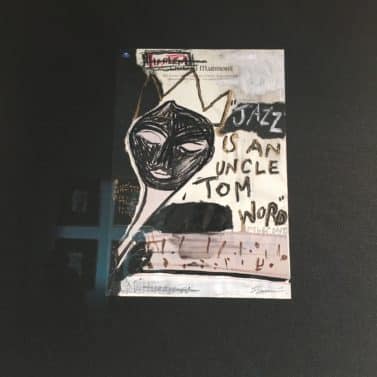 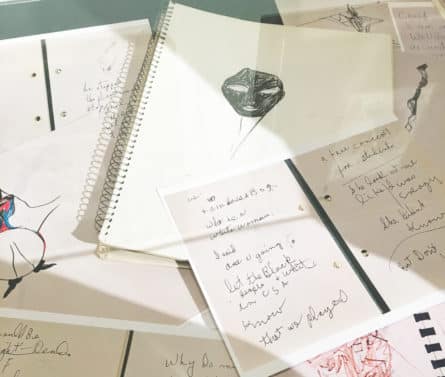 “He listened to everything he ever recorded and live concerts,” says Vince Wilburn Jr., nephew of the late musician. “He would critique the band and call us up to his room and if we played great, we could stay and have dinner with him. But if not, he would send us back to our rooms to learn what he was trying to teach us. We called him ‘Miles Davis University.’ He was always about the music.”

Get a peek into the exhibit up top!

*Next Level BadAss | Miles Davis & Francine Turk will travel to locations across the United States and Europe. Additional cities include New York, Los Angeles, Miami and Paris, with future dates to be announced.