Creatives Carry On The Legacy of The Notorious B.I.G.

It’s been 20 years since we tragically lost one of the greatest MC’s in hip-hop history, the Notorious B.I.G. On the brink of his highly anticipated album, a fateful trip to Los Angeles on March 9, 1997 would see the end of his life just months after Tupac Shakur, his early comrade and eventual rival, was also cut down violently. And while the pain of that night may never go away, we know that it’s our duty to keep our cultural icons lifted, before Hollywood tries to do it for us.

Through art, style, and stories, here’s how Black writers, artists, and creatives are making sure his legacy lives on.

Justin Tinsley at The Undefeated

For The Undefeated, the writer crafts a detailed and intentional round-up of L.A. natives Shaq, Baron Davis, and Nick Van Exel reflecting on the night of Biggie’s death. It’s an enlightening yet, haunting piece that reminds us of the young rapper’s impact on everyone he met:

“As for Shaq — whose March 6 birthdate is forever embedded in his mind with Biggie’s murder just three days later — he still can’t shake what might have been. Just a year earlier he and Biggie recorded together, laughed, joked and talked about business ventures in and out of their day jobs.

“I don’t say I could’ve prevented it,” said Shaq. “I was just saying … if I was out there by the car, would they still have fired? That’s the only thing I would say to myself.” Shaq’s been pondering this, has been haunted by that night for 20 years.” Read the full piece here. 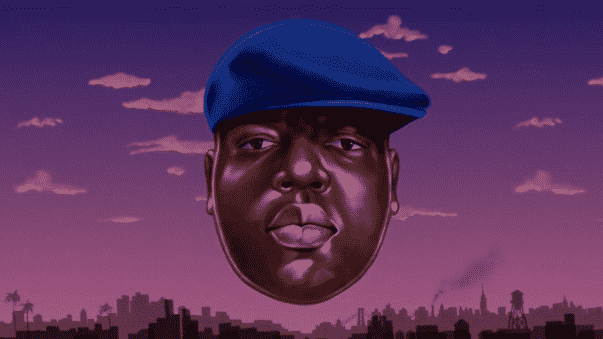 A Chicago based clothing company that uplifts our culture through fashion and film, this hoodie and t-shirt is a direct nod to one of the smoothest lyrics in hip-hop history. It even comes in a phone case. You can even pick up something for the kids. 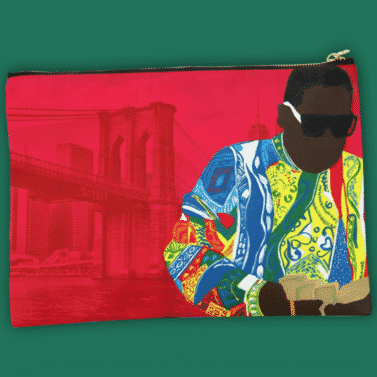 This Brooklyn beauty hand made by Cleveland born creative Kashmir is easily a favorite. The artist, known for turning our pop culture fixtures into stunning home goods and wearable clothing. This image of the late great Francis White can also be found in a print, tote and a clutch that highlights more of our fallen musical giants.

STAY HUNGRY, a culinary experience, that fuses a connection between food, beverage and hip-hop is a foodie/music lover’s dream. Curated Hip-Hop Archivist and Collector by Syreeta Gates, the org had a brunch dedicated to the MC entitled, ‘Ready To Fry – A Culinary Tribute to B.I.G.’ 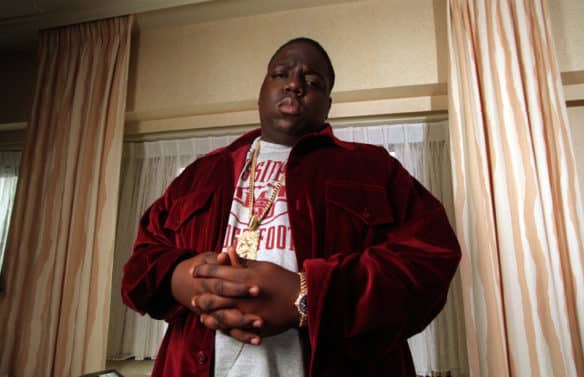 Mixed Medium Artist, Ronald Draper, is known in Harlem for his unique flavor and style – one, you could say, that aligns with the Notorious one. In this interview, he shares the story behind one of his best pieces inspired by the Brooklyn lyricist, which includes lines from his music. “There are phrases that are glued into my brain,” the artist admits. And yes, the artwork uses REAL Coogi. Biggie would have it no other way.

Got any more creative or artist lead tributes to B.I.G.? Tweet me your finds!