The 2018 People's Choice Award winner for 2018 is Mari Copeny, Little Miss Flint, Chief Change Agent at PYB. Read more about her and the six other nominees. 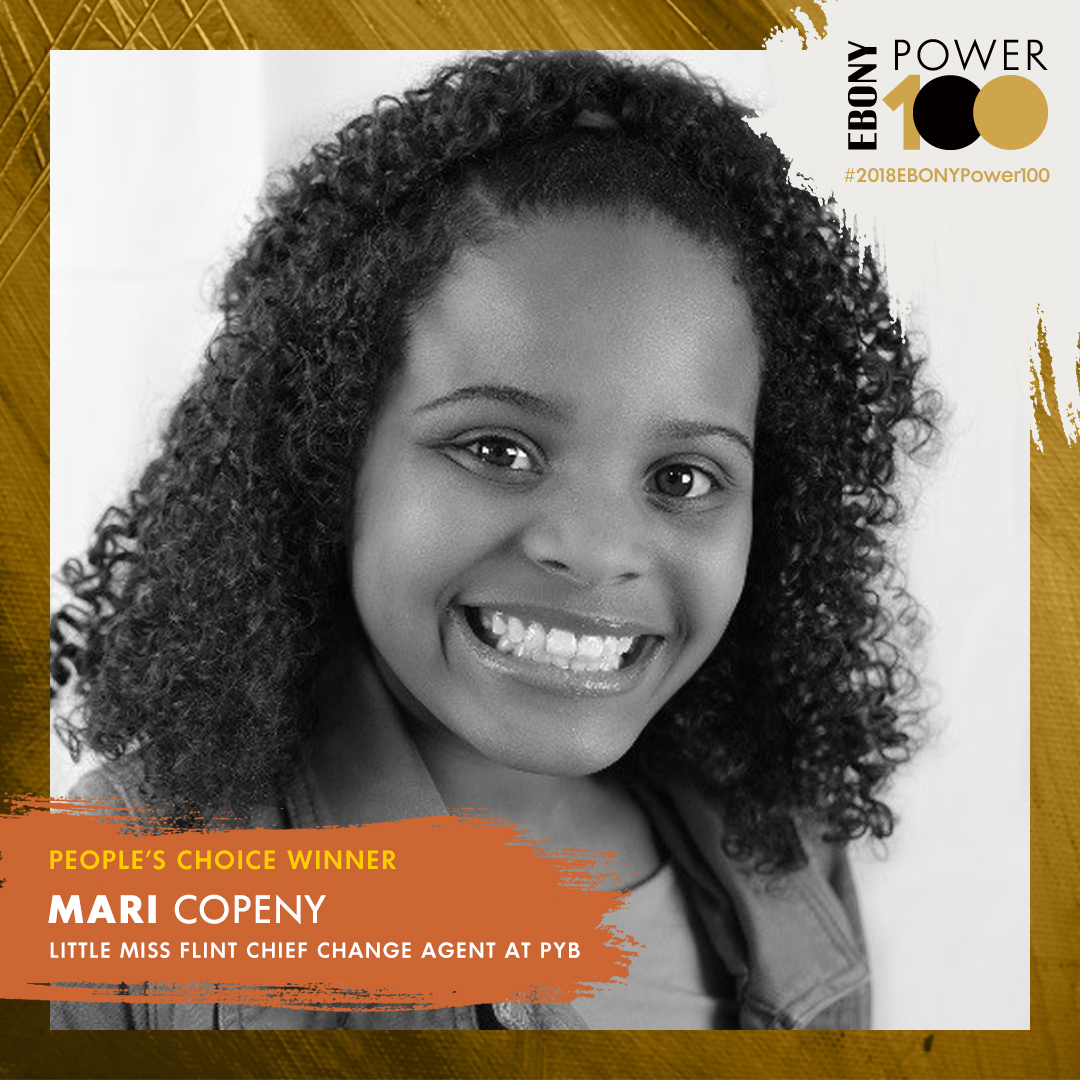 Mari Copeny, also known as ‘Little Miss Flint’, is an 11-year-old activist fighting for the children of Flint, Michigan. In 2016, Mari had a big moment in life after she wrote a letter to Obama asking whether she could meet him of the First Lady on a trip to Washington, when her and her mother went to see Rick Snyder to testify before Congress about the Flint water crisis.

Since President Obama’s visit, Mari has been a staple in the Flint community by bringing awareness to the city and the struggles it has been through. In 2017, Mari was selected to to be a Youth Ambassador for the national Women’s March campaign where she spoke out about the water crisis. Since the start of her career as an activist, Mari has raised over $350,000 with the nonprofit organization Pack Your Back that has gone directly towards resources for the community. 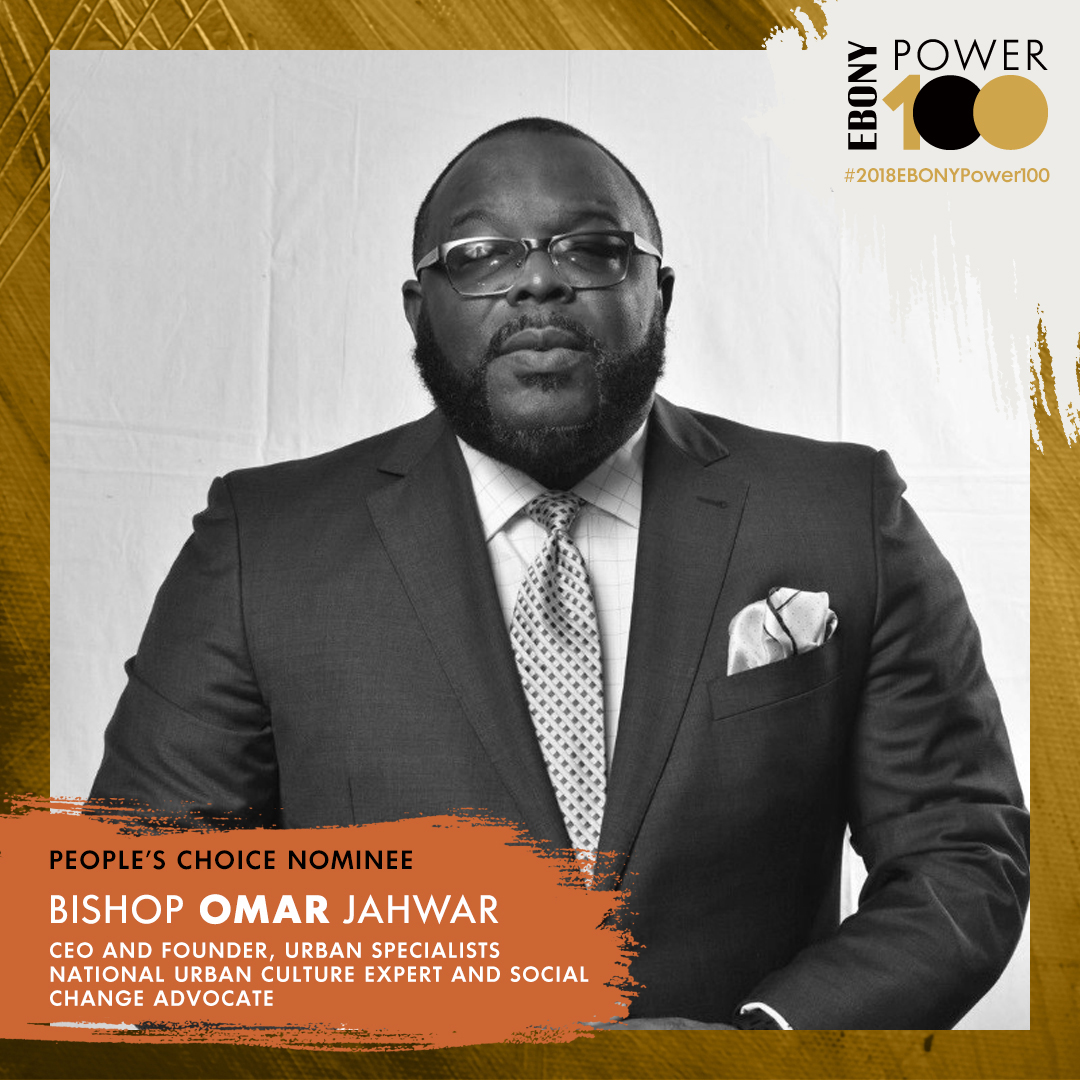 His efforts to revive urban culture began over 20 years ago as the first state-appointed gang specialist in Texas. In this role, he negotiated peace terms amongst rival gang members incarcerated – inmates who often had previously engaged in violent conflict with each other outside prison walls. He brought over 400 gang members together and negotiated the first peace treaty between the infamous Blood and Crip gangs in Dallas. His groundbreaking conflict resolution skills attracted the attention of national leaders and prominent policymakers.

Jahwar used the lessons of gang dispute mediation to develop Violence Free Zones with Robert Woodson, a Washington policy leader and civil rights icon. Together, they expanded their mission into schools across America in hopes of diverting at-risk students from gangs and creating safer environments for children to learn.

Later, Jahwar launched his own non-profit, Vision Regeneration, and began recruiting “urban soldiers” committed to creating a brighter future for Americans living in these communities. Here, he established the 3I method – intrude, invade and institute – to create positive options and platforms for urban culture. As well as taking on leadership of Urban Specialists, a non-profit organization he founded that trains hundreds of community activists to meaningfully impact urban culture. Backed by the Koch network’s Stand Together, Urban Specialists employs dozens of urban specialists in cities across America who specialize in violence mediation, police-community relations, academic mentorship and more.

Jahwar is widely known all over the world for his results-driven approach to ending violence and bringing about positive change in communities of high crime and poverty. As founder and chief executive officer of Urban Specialists, Jahwar and his team are committed to revitalizing urban communities nationwide to end senseless violence. In Dallas, Jahwar adopted sixteen streets in one of the most crime-ridden, impoverished neighborhoods in Dallas and through his leadership, there is a 58% decrease in crime in that area in just one year. He also adopted high schools in the community and they have seen a 72% reduction in violent incidents in just one school year.

In addition to his community leadership, Jahwar is a proud father, husband and spiritual advisor to many. 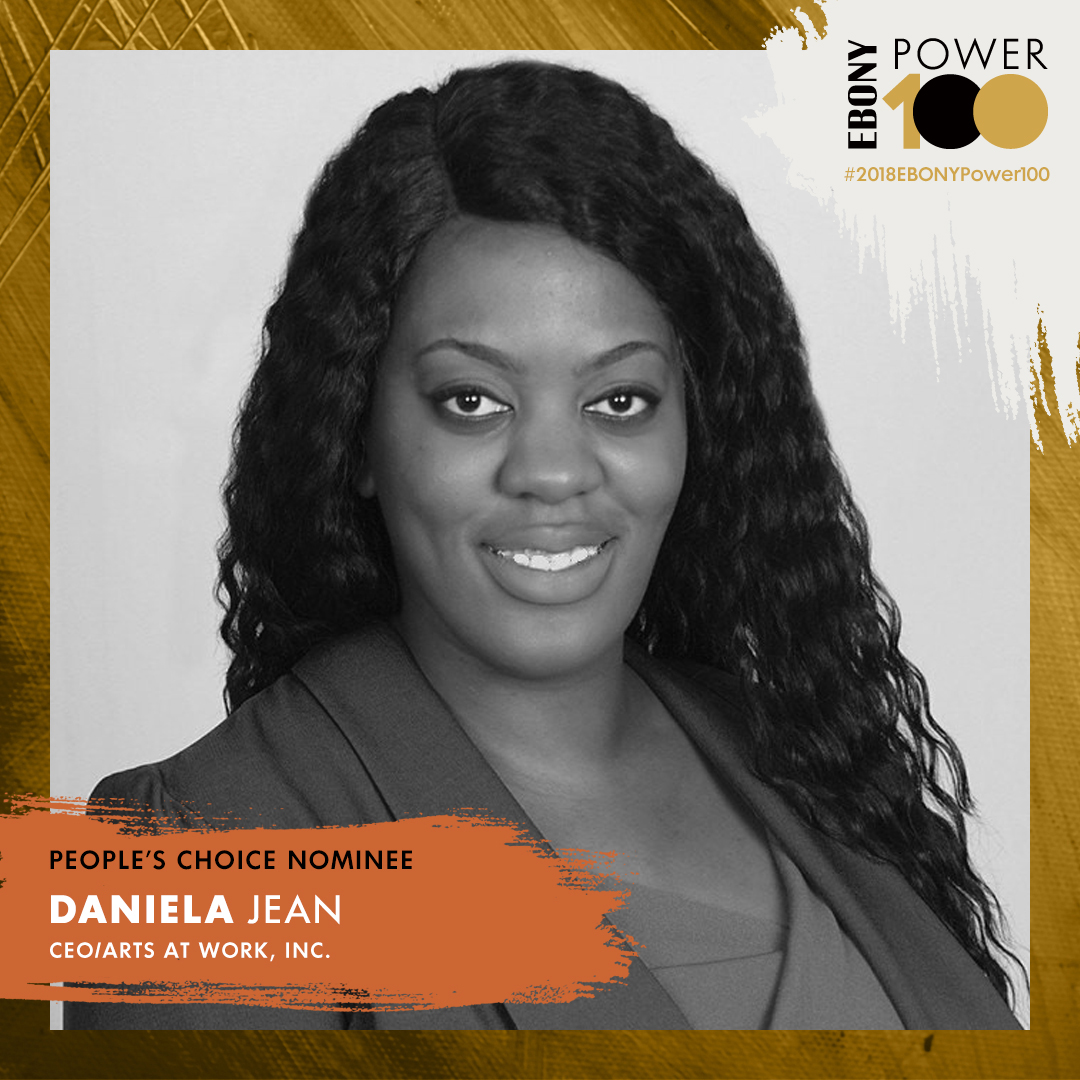 Daniela Jean is a social strategist, youth/young adult advocate, author and speaker. She is passionate about empowering and equipping people for success. She currently serves as president and CEO of Arts at Work, Inc., a non-profit organization which seeks to promote the literary, visual and performing arts for youth and the community at large. Daniela 's zeal for the arts and serving her community is palpable. In 2001, she founded Hands at Work for Christ Sign Language Troupe; a choreographed praise fusion of sign language and music.

MORE
Serving as an instructor and mentor, she taught liturgical dance, basic sign language, etiquette and leadership skills to hundreds of at risk youth over the span of 17 years. She took her venture to the next level by creating JAVA Café, a pop-up inspirational poetry night. All these programs are now working under her non-profit's curriculum. As a social strategist, Daniela also manages "What's Happening in South Florida," a Facebook page promoting social events. The page has over 3.5K subscribers and growing. She currently spearheading a monthly open forum for Young Adults in Miami, where over 100 millennials gather to discuss relevant topics. Daniela’s mission is to create safe havens for people to express their creativity through multiple facets. 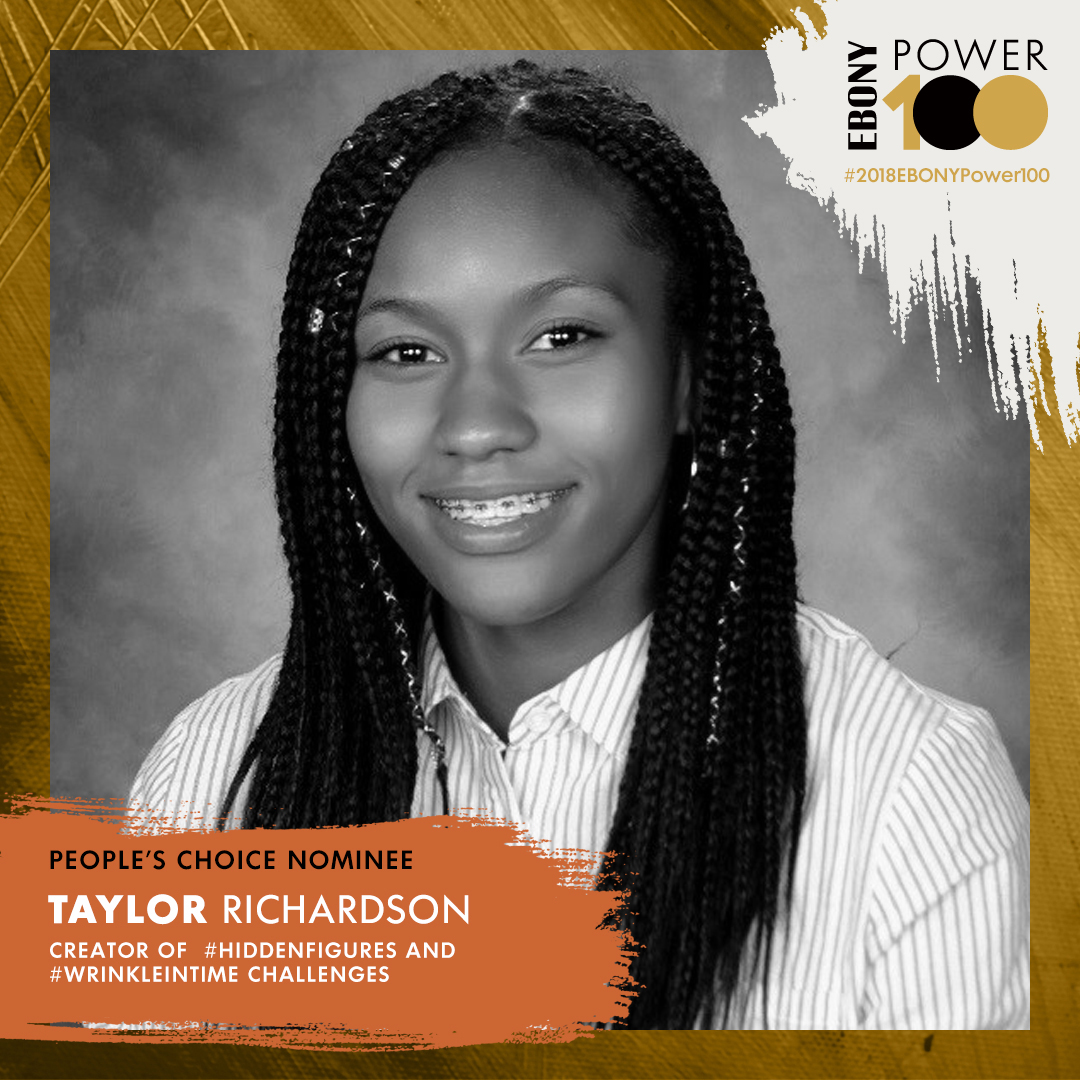 Taylor Richardson, also known as Astronaut StarBright, is an advocate, speaker, and philanthropist with aspirations of becoming an astronaut. After visiting numerous NASA Space Centers and participating in the U.S. Space & Rocket Center Space Camp she was inspired to get more girls interested in STEM (Science, Technology, Engineering, Mathematics).

After winning the Governor’s Service Award in Florida for running a successful book drive and reading program called Taylor’s Take Flight, she was invited to a private screening of Hidden Figures at The White House with First Lady Michelle Obama and the film’s creators. That experience provided Taylor the right inspiration to start her STEM advocacy. She created a fundraising campaign that raised $20,000 to sponsor youth screenings of the film in various states and inspired other free youth screenings in 72 cities throughout 28 countries. Her diversity and inclusivity campaign in support of A Wrinkle in Time raised over $100,000.

Although Taylor spoke at the 2017 March for Science, and at InspireFest 2018 in Dublin, her favorite moment came when she got to introduce her idol, astronaut Dr. Mae Jemison at an Clark Atlanta University’s graduation commencement in 2016.

This year a documentary about Taylor’s advocacy titled, “ASTRONAUT STARBRIGHT: The Story of a Young STEM Advocate” will be released on the film festival circuit, where it has already earned numerous awards.

Taylor has graced the covers of Women in Aviation and Scholastic Science World magazines, and her service and advocacy have earned her distinctions such as Teen Vogue 21 under 21, Glamour’s 17 Girls Who Really Changed the World, DoSomething.org’s Grab the Mic Awardee, The Root’s Young Futurists, Hulu’s Real Life Powerpuff Girl, and Florida’s Champion of Service. She’s been featured on Good Morning America, and in Time, Forbes, Glamour, Teen Vogue, Essence, People, Vibe, Women’s Health, and Vanguard STEM. 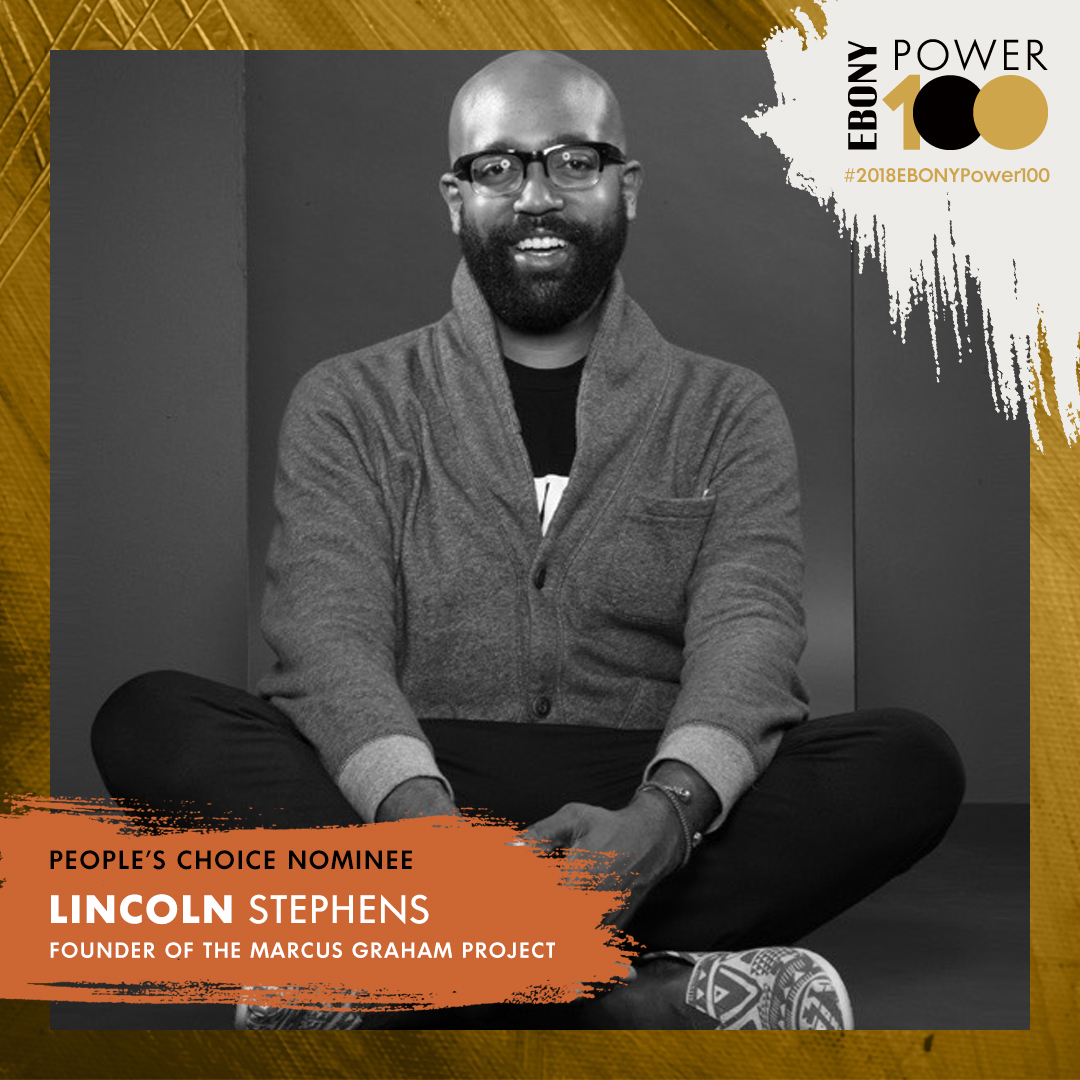 Founder of The Marcus Graham Project

Lincoln Stephens is a former Advertising Account Management Executive turned social entrepreneur having founded, the Marcus Graham Project. The organization which is focused on bringing more diversity to the media, marketing and advertising industry through mentorship, exposure and skills development. The award-winning organization has been featured in Advertising Age, Black Enterprise Magazine, Savoy Magazine, and on CNN and NBC.

Lincoln has been acclaimed as one of Advertising Age's top 40 under 40 and the Dallas Business Journal's Minority Business Leader Award and is a member of Kappa Alpha Psi Fraternity, Inc

Lincoln most recently was honored with the University of Missouri School of Journalism's Honor Medal for Distinguished Service in the Media Industry. 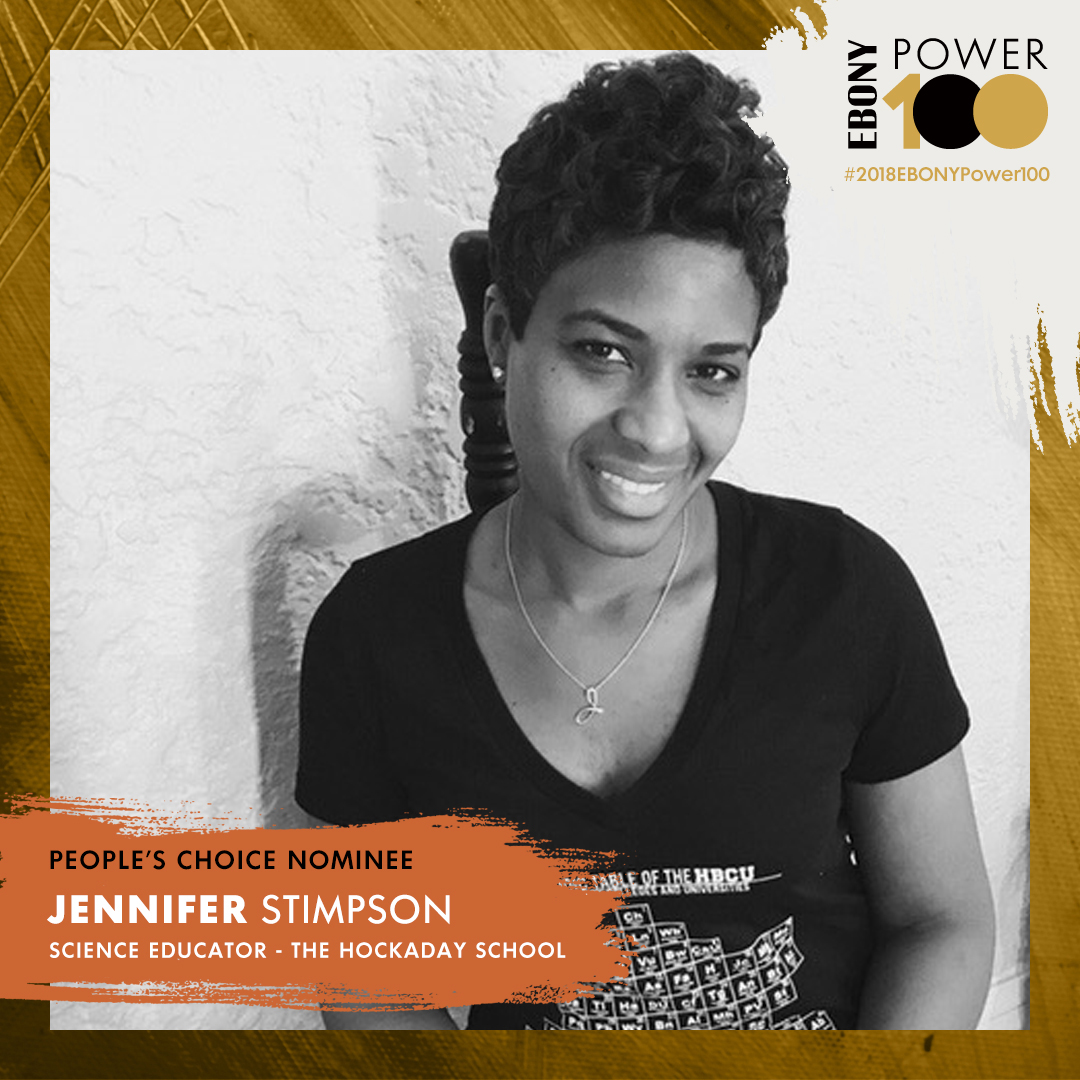 Jennifer Stimpson is dedicated to building STEM for underrepresented populations, particularly African American girls. She spreads science literacy with innovation and creating leadership experience for girls who are often left behind. Her influential youth science and leadership programs including "Get a KIC Out of Science (KIC)" and "jSTEMp Science" have been supported by local and national organizations such as the Congressional Black Caucus Foundation, Girl Scouts of Dallas, the State Fair of Texas and Delta Sigma Theta Sorority. She has been recognized with many awards for her efforts and community service and even featured in O magazine as an exemplar of an education leader.

Jennifer’s extensive travel has led her around the world to explore and study the wonders and possibilities of science at some of the most historic points on our planet. Her experiences from summer teaching chemistry laboratory lessons to students whose villages are located on the equator in Uganda to studying ancient math in Tombouctou has molded Jennifer into a hard-working science educator in Dallas, Texas. She remains an actively involved service leader within the local, national and global communities. During the summer she manages her science program, "KIC." She has an unwavering commitment toward building youth leadership opportunities and a strong passion for science as a modern-day science education entrepreneur. Her dedication to inspiring audiences to recognize science is apparent through her work with students. Jennifer also holds civic membership in The Dallas Summit, Delta Sigma Theta Sorority, Inc., Leadership Texas, The Links, Incorporated and serves on the STEM advisory board for the Girl Scouts of Northeast Texas.

Lastly, she has received a special acknowledgment proclamation from the City of Dallas for her work developing an alternative fuel. She was nominated Teacher-of-the-Year Finalist through the Steve Harvey Morning Show and is among the highlighted STEM leaders featured on The Dallas Women’s Foundation trading cards. Most recently she was noted as the 2017 Hidden Figures in STEM Honoree - National Association of Black Engineers, DFW Chapter. 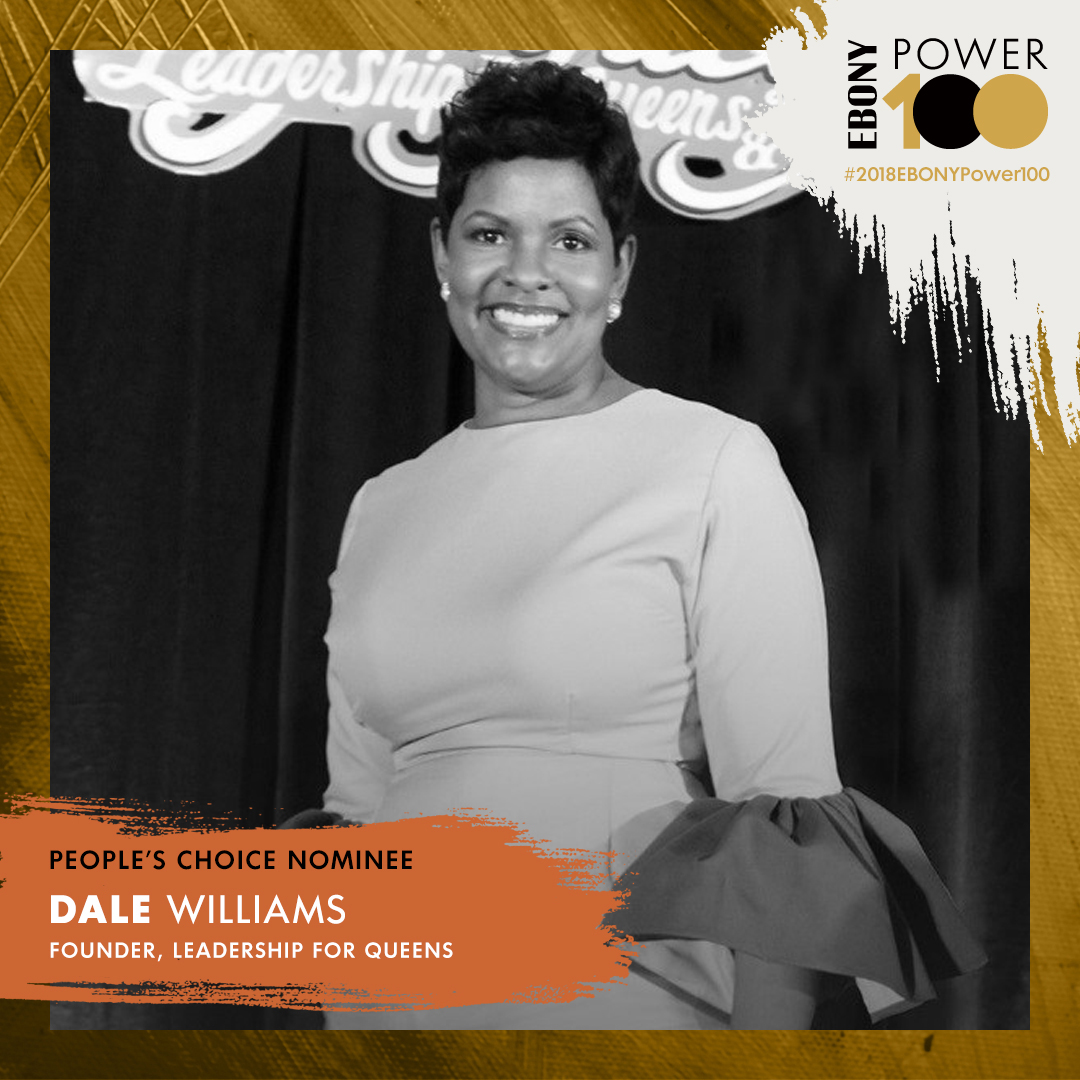 "Being a campus queen was so impactful to my life because it was a first time I came to grips with my identity as a black women in America. I have severed my community faithfully to empower young men and women to be academically successful, community orientated and handsome/beautiful on the inside as well as on the outside. No other work I have done in my career has been more important or impactful than this. I love seeing our young people prosper into leaders on campus and in their community. It is humbling to know I play a small part. I am honored to serve my community in this way and thankful that I gained so much more than a crown by being a campus queen."

Dale Williams is the founder of Leadership for Queens, a leadership conference for Historically Black University and College (HBCU) Queens. She has organized and conducted the conference annually for HBCU queens and kings for 17 years. She has more than 20 years of experience in higher education. Currently, Dale is an academic advisor at University of Memphis as well as an instructor at Bethel University (Memphis location). She is a sought after trainer and speaker that has also worked at many HBCU’s in a variety of capacities. Dale’s leadership aspirations began early as she was not only queen of her high school (Hamilton) in Memphis, TN, but also Miss Tennessee State University (TSU) 1992-93. Dale has judged and worked with various pageants, served as a motivational keynote speaker and conducted numerous leadership workshops at various universities, conferences and community events. She believes that those who walk in such positions as the HBCU king or queen have the perfect opportunity to make a great impact on others. Dale is a member of community/public service organizations such as Delta Sigma Theta Sorority, Inc., Junior League of Memphis and TSU Alumni Association. She received a Bachelor of Science degree in Speech Communications and Theatre and a Master’s of Arts in English from Tennessee State University. She has a graduate certificate in African-American.

Literature from University of Memphis. She thoroughly enjoys helping young men and women reach their goals and realize their full potential. She enjoys giving back to her community.


The nominee with the most online votes, will receive a special EBONY prize along with an award placement recognition that will live thru 2019 on the EBONY POWER 100 website. 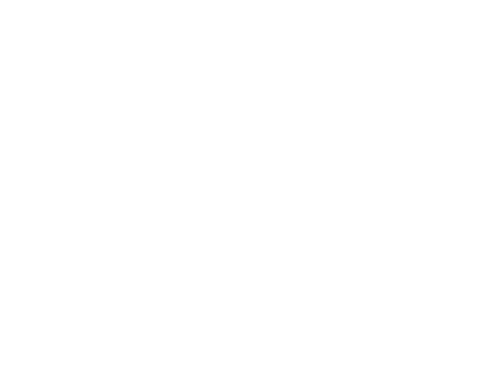