Why won’t the Internet let us have nice things?

Just 24 hours ago, I was so in love with the social community for gifting us this ridiculous mockery of Mr. Katt “Rock ‘em Sock ‘em” Williams. 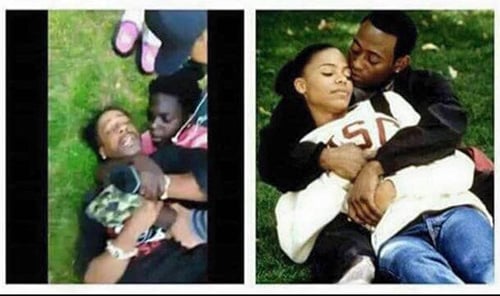 That, and several others of these memes, were so funny that I temporarily forgot about the ugliness lurking in the Matrix.

Shout out to Microsoft and its Artificial Intelligence shenanigans for bringing me crashing back to earth.

According to the New York Times, a  Microsoft bot experiment went live on Wednesday with a mission to learn about “conversational understanding” through exchanges with Twitter users.

In essence, this AI would aim to mirror the phrases and syntax used by its 140-character colleagues. @ TayandYou, started off with innocuous uses of “fleek.” Then, things went further south than one of your bad cousins sent to live with your grandma. Discussions devolved into a litany of expletives, racial epithets and more with the bot repeating some of the madness, plus making up its own.

Thankfully, Microsoft quieted the bot-gone-bigot and got rid of the insanity it was spreading through its timeline. Damn, if only we could get the company to place an online silencer on some of the other human trolls who vent their hateful spleens on a daily basis. #trollgoals

Kyra Kyles is the Vice President, Head of Digital Editorial aka she runs EBONY.COM and JETMag.com.  You can get @ this digital diva on social media via thekylesfiles on Twitter or Facebook.  Oh yeah, and feel free to send social media / tech etiquette questions and grievances to her via [email protected] She just might tackle them for the next “Social Skills.”