As hip-hop fans, we often get music about or inspired by love that is one-sided. We have a rapper speaking about his down a** chick or an R&B singer crooning about getting married to the woman who held him down while he chased his dreams. It was quite some time before we got the Sonny and Cher of hip-hop, partly because the genre itself is still so young and also because hip-hop wasn’t usually the place you talked about romantic relationships.

That is changing as social media has made not only the music a public platform but the people behind it as well. With more people in the industry dating and marrying one another, we want that real love to transition from the background and into the limelight as well.

Here are the hip-hop couples who we want to profess their love on wax. 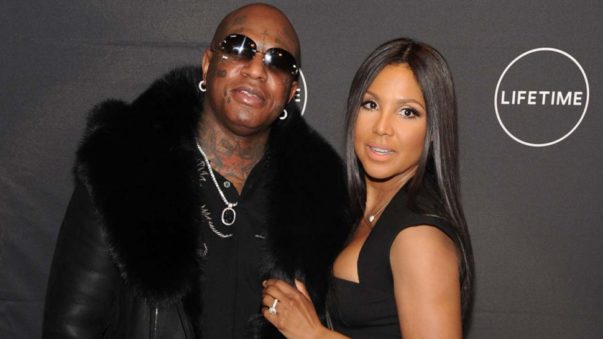 R&B legend Toni Braxton announced her engagement to Cash Money co-founder Birdman through her TV series Braxton Family Values. The pair have been close friends for more than a decade but their relationship is still under wraps. Braxton has been making songs about love and relationships for more than 25 years. Birdman is part of the business mind behind a few musical greats, such as Lil Wayne, and he has even dabbled in rapping throughout his career. They already worked on a song together, “Heart Away.” With the contrasting sounds and subject matter, it would be interesting to hear what a Braxton and Birdman album would sound like.

Waka Flocka and Tammy Rivera have been dating since 2011 and eventually got married. Rivera came into the spotlight after starring in Love & Hip Hop Atlanta. Their relationship had some very public ups and downs including infidelity issues. Rivera is an R&B singer and recently released Fate, a seven-song EP. Flocka as a rapper is responsible for a shift in the sound of the genre in 2009 when he contrasted Drake’s melodic raps with high-energy aggression. At one point in his career, he toyed with the idea of releasing a Trap EDM project. We can imagine that with the right production, Rivera and Flocka could blend their styles on a collaborative album to speak about marriage and love. 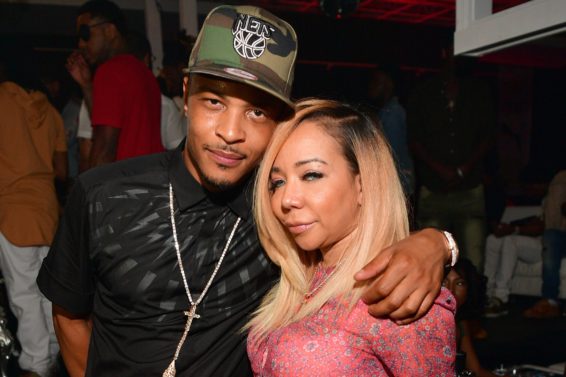 T.I. and Tiny have been together for nearly two decades. They met when Tiny was apart of So So Def girl group Xscape and before T.I. blasted to mainstream rap success. Throughout the years the pair would create a blended family with seven children and document their lives on their reality show, T.I. and Tiny: The Family Hustle. Though they’ve had legal troubles and issues of cheating, the pair always seems to work things out. Tiny, a Grammy-award winning songwriter, and T.I., who has won a few rap categories, have mentioned giving advice on music but have rarely worked together. With Tiny recording again with XSCAP3 and T.I. crafting music around social reform it is high time they record a project together.

Big Sean and Jhene Aiko’s relationship has been filled with goofy couple pictures and salacious Instagram comments. The pair have been dating for nearly two years, and Jhene made it real by tattooing a portrait of her beau on her arm. Before announcing their relationship, Sean and Jhene released a collaborative album as duo TWENTY88. The self-titled album was a perfect blend of their musical styles, and because their relationship has survived cheating rumors, we would love to hear what the creative couple comes up with now.

Swizz Beats and Alicia Keys have been dating since 2008. The two, who are now married and have two children between them, have long admired each other’s musical talents. Keys joked about wanting her family to be the New Jackson 5, with both her sons being musically inclined at young ages. We got a glimpse into the producer and his pianist wife’s music on “International Party.” We’d like to take Keys up on that family project in the near future.

Diddy and Cassie met in 2007 when she became the spokesmodel for his clothing brand. That same year he signed the singer to his record label. The pair officially began dating in 2012 and have been inseparable since. Diddy has not released solo music in some time, but as a producer he is known to get artists to present their best work. Cassie has been releasing music here and there with a few songs that dropped in 2017. Diddy and Cassie hitting the studio for a project seems as promising as their tantalizing selfies.

Cardi B and Migos’ Offset will be welcoming their baby girl into the world within a few months. Their relationship took off rather quickly with Offset proposing to the 25-year-old in October of 2017. According to Cardi, the pair has been an item since February of that year after collaborating on the song “Lick.” Since then they have worked on several records together that have been hits. Cardi B is the hottest rapper in the game right now and Offset is a part of the biggest rap group of the era. Both of whom arguably make music that is enjoyed by different generations and listeners and that feature other prominent artists. With the machine that is Quality Control behind both these rappers, a collaborative album is more than highly anticipated.

Teyana and Iman are stylish couple goals. The two have been dating since 2013 after Shump says he asked the singer/dancer out four times before she accepted his offer. In 2015, they welcomed their first child, Junie, as dad delivered the baby in the couple’s bathroom. One year later, they wed in a small ceremony in front of the bathroom where their daughter was born. The down-to-earth couple showcase married life as two super busy stars on their VH1 reality show, Teyana & Iman. Teyana’s Kanye-produced album is coming this summer, and Iman has released music in between playing basketball. The couple already works closely on visuals so an album is the next logical step.

Remy Ma and Papoose got married in 2008 just before the Bronx rapper went to jail for six years. Papoose stayed by Remy’s side the whole time she was incarcerated, and when she was released in 2014, he gave her the dream wedding she was denied. The couple quickly became an inspiration for Black Love and Papoose even rapped about it. The two have already proved they can go bar-for-bar with one another while rapping. It would be great to get an ode to Black Love and some gritty New York music from Pap and Remy.