Rep. Hakeem Jeffries on Meek Mill, Activism and Voting 'Like Your Life Depends on It'

Wednesday marked the beginning of Congressional Black Caucus’ 48th Annual Legislative Agenda. The organization has spent decades fighting for the United States’ Black community through “developing leaders, informing policy and educating the public,” according to its mission statement.

EBONY and Universal Music Group have joined forces with Rep. Hakeem Jeffries (D-NY) to host the “Artists, Activism and the Criminal Justice System” panel on Friday, Sept. 14 from 2 p.m. to 4 p.m. EST at this year’s conference, which will be live-streamed on EBONY’s Facebook page.

Rep. Jeffries spoke to EBONY about the panel, which will be moderated by CNN political commentator Van Jones and feature rapper Meek Mill, how artists have used activism in their work and why it’s important to go out and vote on Nov. 6.

Can you tell us about the “Artists, Activism and the Criminal Justice System” panel? What can we expect?

The panel will explore the intertwined history of music, artists and activism that dates back to the early days of the Civil Rights Movement all the way through the contemporary moments that we find ourselves in right now.

Musicians and artists have always played an important role in movements for change throughout African-American history in the U.S. There’s an expectation in our community that when one is successful, in part because of their connection to the Black community, it’s important for them to use that success to allow others to climb the ladder and reach the American dream. 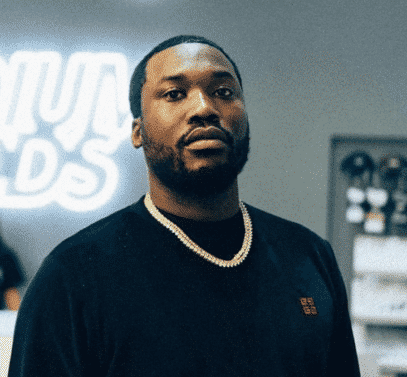 Can you give us an example or examples of an artist who’s absolutely killing it in the realm of music and activism?

The current artists stand on the shoulders of individuals like Harry Belafonte and Aretha Franklin, who were incredibly important leaders and allies to the Civil Rights Movement, Martin Luther King Jr. and so many others who fought for historic passage for things such as the Civil Rights Act and the Voting Rights Act.

With respect to the panel at the Congressional Black Caucus Foundation event, we’re pleased that Meek Mill will join us as a symbol of the modern-day artist who has used the pain of his own personal experience with the criminal justice system to try to create a movement for progress with respect for others.

It’s often the case that individuals who themselves have personally sacrificed can be forceful and authentic spokespeople for the change that should be brought about in America. An example of this in the sports arena would be Muhammad Ali.

Meek Mill falls squarely into that category, as an individual who is an incredibly talented and respected contemporary artist, but someone who is also willing to use the benefit of his platform to elevate others and make a difference.

Can you share the panel members with the EBONY audience?

The moderator will be Van Jones, the well-known CNN political commentator and criminal justice reform activist.

Meek Mill, representing the contemporary artistic community. Professor Michael Eric Dyson, who’s a sociology professor at Georgetown University and has written numerous books on individuals such as Malcolm X and Tupac Shakur. Jeffrey Harleston, who’s the general counsel for Universal Music Group, [which] has a history of artists who have engaged in activism. The final panelist is Michelle Scott, who’s an associate professor of history at the University of Maryland-Baltimore County. Her expertise is in U.S. history, Black musical culture and social justice.

We have a panel that includes the artist and industry leaders as well as university professors, public intellectuals, and pulling it all together is Van Jones.

Do you think the artists and musicians who use activism in their work are successful in getting their message across?

The mass incarceration epidemic that inflicts America is deeply ingrained. One of the reasons it’s important to have artists like Meek Mill involved in the effort to secure criminal justice reform is because we’re fighting against an entrenched system. Everyone has a role to play, but artists like Meek Mill and Common, who’s actively [involved]  in education reform efforts, and JAY-Z, who has pushed philanthropic work and has done a lot for social justice efforts, are incredible resources as it relates to trying to continue America’s long march toward a more perfect union.

The effort to reform our criminal justice system and to remake social justice change in Trump’s America will be difficult, but it takes an all-hands-on-deck approach, which is why having the active participation of high-profile artists is essential.

Why is the Congressional Black Caucus is important?

The Congressional Black Caucus is widely regarded as the conscience of the Congress. [We’ve consistently pushed] for social and economic change on behalf of the African-American community and other disenfranchised communities throughout the U.S.

Over our 45-plus-year history, the CBC has been responsible for a lot of the progress that has been made legislatively to improve the quality of life of all Americans, generally, and the African-American community, specifically. In times like this, where our great President Barack Obama has left the building and the Hater-in-Chief is currently at 1600 Pennsylvania Avenue in the form of Donald Trump, it is incredibly important that the Black community has forceful representation in the U.S. House of Representatives and the Senate.

The CBC is ready, willing and able to fill that role and to lead the charge for change.

What is it like to be a member of the Congressional Black Caucus when Donald Trump is President?

We are pushing back against the regressive right-wing Trump agenda, all day, every day. It is an honor and a privilege to represent the people of the 8th Congressional District in Brooklyn and Queens. All of the members of the Congressional Black Caucus take our roles seriously as guardians of our democracy and provocateurs of social and economic change in the U.S.

There is no more critical time than the one that we find ourselves in at the moment. Many of the things that civil rights community leaders fought for in the 1950s and 1960s are at risk of being rolled back. We cannot allow that to happen.

We’ve seen a surge of Black political candidates running for office and winning their primaries. What are your thoughts on this recent progressive wave? Do you think it’s a great sign of the Democratic Party?

It’s important that government at every level looks like the people we are charged to represent. The explosion of successful African-American and female candidates throughout the country, including in Florida and Georgia at the gubernatorial level, is a great thing for our democracy. The young diverse African-American candidates, who have been successful, will help carry the Democratic Party over the finish line in many races that otherwise might not have been competitive.

The primary season has been a wonderful thing. The dynamic group of candidates that have emerged, including Andrew Gillum and Stacey Abrams, is a phenomenal thing to witness. I look forward to [supporting both of them].

Is there anything you want to tell the EBONY audience ahead of the midterm elections?

It’s incredibly important to take the time to vote in these critical midterm elections. [Vote] like your life depends on it because your quality of life absolutely depends on who is in control of the House and the Senate.

The Trump administration has been characterized by outrageous, xenophobic and, at times, bigoted behavior. It’s important for everybody in the African-American community to hashtag #RememberinNovember and get out there and vote.