Roseanne 'Begged' ABC Not to Cancel Show After Racist Tweet

The ABC reboot of Roseanne was recently cancelled following the show’s leading lady describing former Obama aide Valerie Jarrett in a racist and Islamophobic manner, calling her the product of the “muslim brotherhood & planet of the apes.” 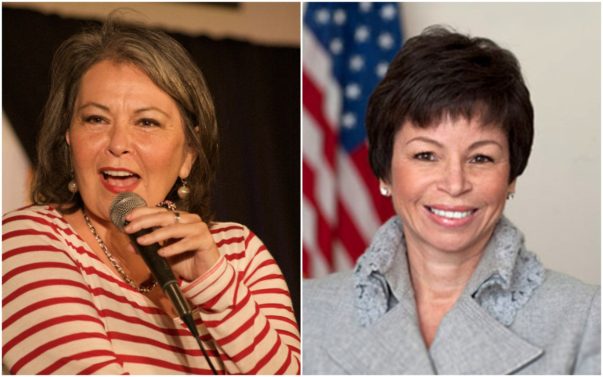 Since, the controversial comic has blamed everything from Ambien to left-wing hypocrisy for her downfall. She also admitted to “begging” her network for forgiveness and to not cancel her show, a move ABC Entertainment President, Channing Dungey, clearly had no interest in.

“I begged Ben Sherwood at ABC 2 let me apologize & make amends. I begged them not to cancel the show. I told them I was willing to do anything & asked 4 help in making things right. I’d worked doing publicity 4 them 4 free for weeks, traveling, thru bronchitis. I begged 4 ppls jobs,” she shared via Twitter.

He said: what were you thinking when you did this? I said: I thought she was white, she looks like my family! He scoffed & said: “what u have done is egregious, and unforgivable.’ I begged 4 my crews jobs. Will I ever recover from this pain? omg,” she tweeted later.

She also apologized to co-star Jayden Rey, who is Black.

“I think I’ll b better tomorrow. The saddest part of all is 4 Jayden Rey on the show whom I grew 2 love so much & am so ashamed of myself that she would ever think I do not love her bc she is African American. It’s the most gawd awful painful thing. I can’t let myself cave in tho.”

Barr has since deleted these tweets.

An Insider's Guide on Where to Eat, Play and Stay During Art Basel Miami