Why the New Smithsonian is More than a Museum

“We are not a burden on America, or a stain on America, or an object of pity or charity for America. We’re American. Our stories have shaped every corner of our country.”  —President Barack Obama

On Saturday, the world gained another momentous relic. The United States unveiled the much-anticipated Smithsonian National Museum of African-American History and Culture to the world.

And after seeing the museum with my very own eyes, I’m convinced that everyone in America needs to follow suit.

Let’s start by saying that I’m not one to be easily impressed, especially when it comes to historic landmarks.

But the National Museum of African-American History and Culture (NMAAHC) is much more than artifacts caged behind thick glass.

Thirteen years ago, then-President George W. Bush authorized legislation to build the monumental museum. Rep. John Lewis (D-Ga.) and Sen. Sam Brownback (R-Kan.) sponsored the bill for the space that is now housed on the National Mall of the United States. The wait has been long, tiring and necessary.

And now, with today’s climate regarding race relations, continued inequality and a literal lack of respect for Black and brown lives, the museum’s opening is right on time.

The NMAAHC’s impact on American—not just African-American—history is significant. Its design, placement and contents represent a part of Black history that many do not know. It reflects the past, present and future of our experience in ways unimaginable. 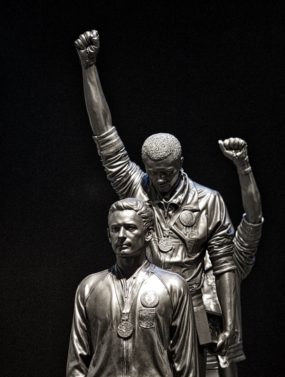 Going beyond the long recycled narrative of Black American life— one that places what feels like recycled civil rights figures on pedestals and amplifies life on the plantation in the 19th century—the NMAAHC paints a more authentic picture of African-American contributions to the U.S. that are rarely, if ever, seen, heard, taught or known. From the Trans-Atlantic slave trade to America’s first president, the museum has designated itself as the go-to narrator of Black existence in the country. The wealth of knowledge in one building is too much to digest in one visit.

For much of my tour, I found myself lost in translation…unable to focus on the well laid out order of history that rested before my very eyes, waiting to be consumed.

I bounced around from the museum’s exhibit showcasing the aged, copper-colored casket that Emmett Till was originally buried in—he was reburied in 2005 after his body was exhumed for DNA testing—to the space that highlighted the Black Museum Movement. As for the latter, I had never even heard of such a thing, let alone think I’d witness it in a museum.

Once again, I was overwhelmed.

The narrative of African-Americans goes well beyond American shores and to reflect this truth, the museum has dedicated a section to those of African descent who worked tirelessly to abolish slavery on a global scale.

When you visit, you’ll have the option of learning about the life of Toussaint Louverture, who campaigned vigorously on behalf of the enslaved during the Haitian Revolution. Or perhaps you’re more interested in learning the story behind the Pullman Porters, former slaves hired to work on railroad cars following the Civil War. 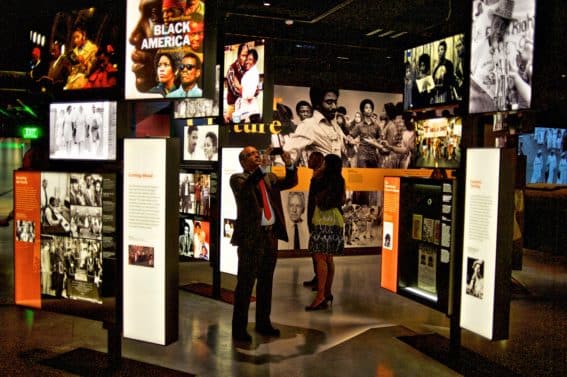 In the words of Ida B. Wells, “The way to right wrongs is to turn the light of truth upon them.”

And the truth is we built this country. There isn’t a piece of America that wasn’t impacted by slavery. Generations of Blacks assembled everything from railroads, construction canals and waterways to growing crops on farms. Blacks are and continue to be the masterminds behind some of life’s most valued innovations.

African-American history goes well beyond the “I Have A Dream Speech,” and it’s about time the country acknowledged just how significant we are to America’s present, past and future.