Holding On...With a Little Help from My Social Media Friends

Shock is too gentle a word for what I experienced. My husband’s death pulled me away from the rest of the world. For months, I would take my daughters, then 2 and 6, to school, sit in my car for hours afterward, then go home to crawl back under the covers. I had married Roland when I was 24, and he had been the primary breadwinner; I had not experienced adulthood without him.When I kissed my 52-year old husband, Roland, goodbye in February 2013 at the hospital where he was being treated for previously undiagnosed diabetes, no one could have told me it would be the last time I’d see him alive. No one foresaw his death; no doctor, no symptom, no diagnosis suggested he wouldn’t survive his treatment. I’d taken him to the hospital on a Monday, and the doctors had told me he’d be home by Friday. But on Thursday, I got the call.

After my mother passed away (five years before Roland to the day), I was always certain of her presence. In my dreams, I would see her in the rocking chair in my older daughter’s room. I waited for Roland to come to me in the same way. But he never did. There were times when I would yell at him, “Why aren’t you here?”

Eventually, I saw him—on Facebook. My daughters and I went through his pictures and read over and over the stories he’d shared about them. After the birth of our first child, Roland had begun cataloging all the funny things she’d said or did on a daily basis. He adored his children, and on social media he’d laid bare his feelings for anyone to see.

Inspired by my husband, I began the same process. In front of all our online friends and even those we didn’t know, I loved and grieved for Roland. I tagged him in posts so his friends could share their memories of him. When I’d hear our favorite songs while driving, I’d pull over and write for my Facebook community, “Roland’s been talking to me through the radio again.” I posted while sitting outside of the mausoleum where he was buried. I posted while sobbing. I posted when I dreaded getting out of bed. 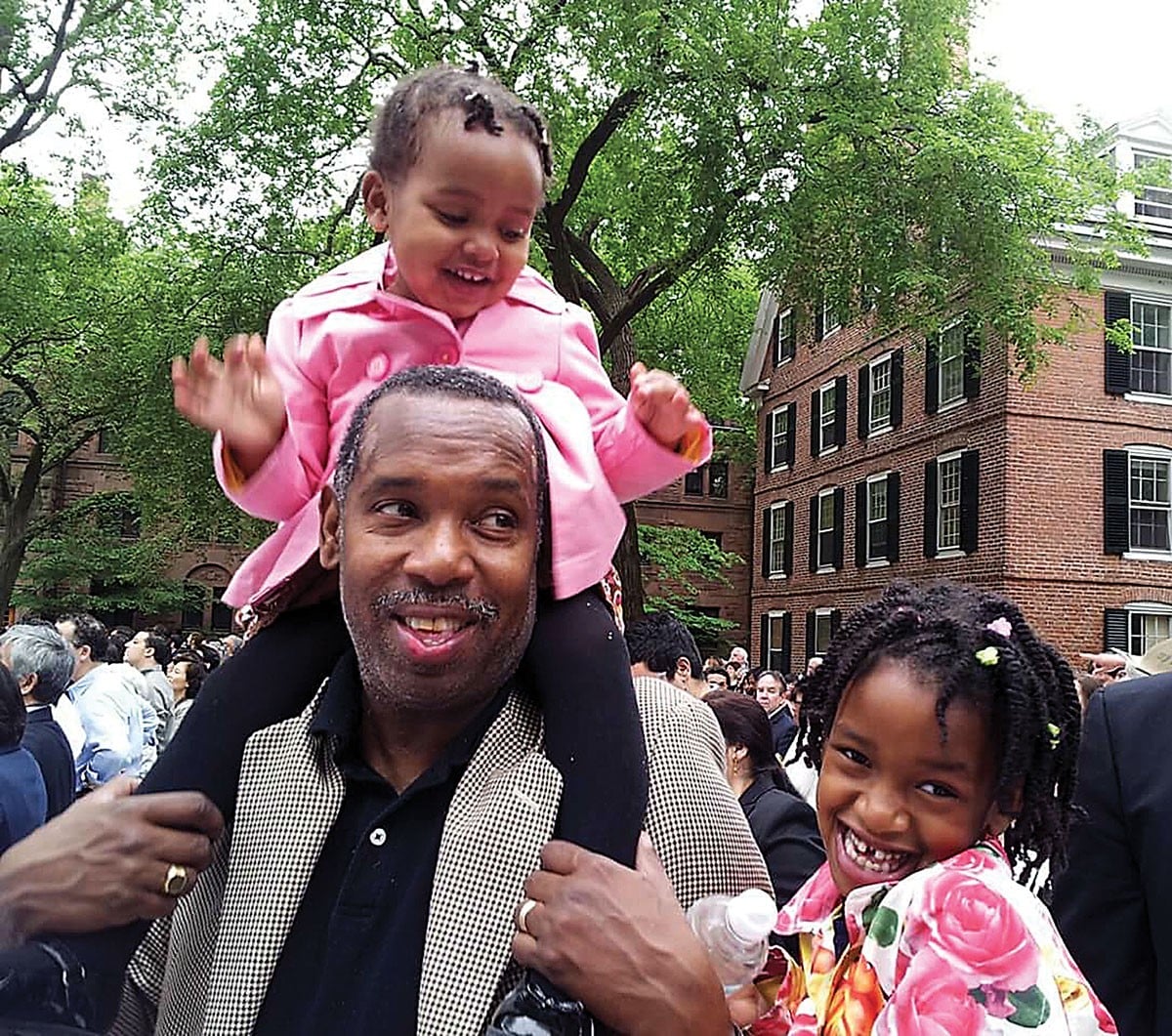 Losing Roland forced me to redefine intimacy. I was vulnerable to anyone with access to my social media feed. In those days, I often called myself an oversharer; now, I no longer believe in the term. If I had crossed a line, I’m glad because I found so much love on the other side.

It’s funny to me now that this was the year you could hear “No New Friends” on the radio. Meanwhile, my new friends—a congresswoman who said she prays for me every day, other widows who shared my sorrow, people I’d met in recent years—would  care for me in emotional and even tangible ways. A friend started a crowdfunding initiative for my daughters so they could continue attending private school. Job offers began appearing left and right. I celebrated every small triumph via the emoticon of a cute Black girl spilling confetti, marking joyful moments.

Once they’re older, I plan to show my daughters the grieving process I had documented on Facebook. They will see the difficulties of transforming from a co-parent to a single mother. They’ll see how I struggled with thoughts that I was failing them in those early days. They’ll find younger versions of themselves in the archives—the 6-year-old who’d wished her father could come back; the 2-year-old who’d told me she saw his hand behind my head. “He’s waving goodbye because he loves you,” she’d said. And they’ll see my Facebook “village” crying with me and reminding me that I was doing my best.

They’ll see brighter things, too. They’ll see playful flirtation under the selfies I posted when I’d decided to upgrade my appearance. They’ll see me obsess over sexy British actor Idris Elba and any man who looked like him. They’ll see me opening my heart and the light that had filled me.

More than anything, they’ll see that at the moment I had felt the loneliest, I was, in fact, not alone.

As Told to Asha French