Why the LaVar Ball Saga Has a LeBron James Chapter
Advertisement 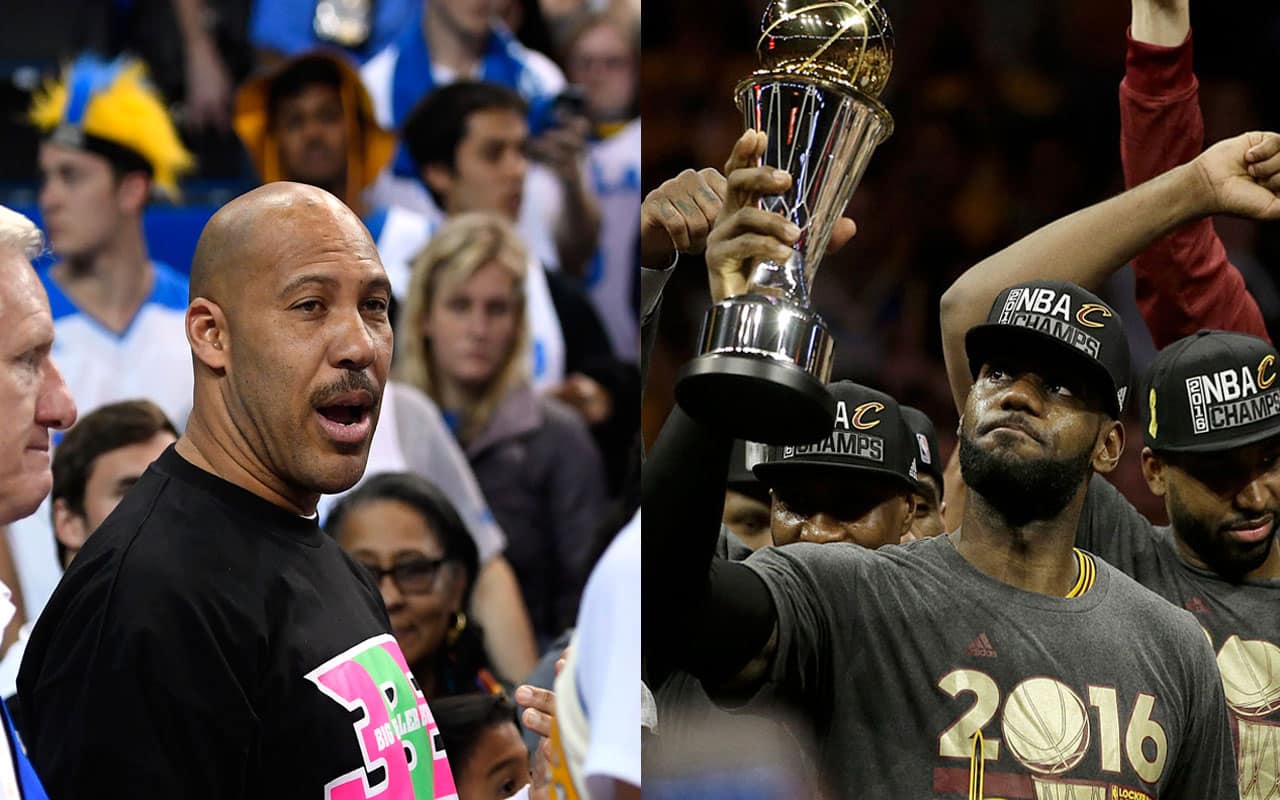 Click Here To Read More In The Lavar Ball Drama

If LaVar Ball is a gambling man, he’s writing a check that he hopes his three sons Lonzo, LiAngelo and LaMelo Ball can cash.

Now if you’ve been tuned into the LaVar Ball reality TV show lately then you certainly haven’t been disappointed. In the pilot episode, Ball expressed that his oldest son Lonzo Ball is better than two-time NBA MVP Stephen Curry. He engaged in a verbal bout with TNT basketball analyst Charles Barkley, ultimately resulting in a gauntlet being laid down for a game of one-on-one between the two.

Then we have the funniest episode of all where Ball said that he would destroy Michael Jordan in a game of one-on-one in his heyday.

But now, four-time NBA MVP LeBron James and his sons have been cast into the LaVar Ball reality TV show.

I believe it was hip hop artist Fabolous who said “you can say whatever you want, just don’t bring up the family.”

“The monsters in the NBA, their dads wasn’t that good,” Ball said. “They were OK, they was players, but the fact that the old [Dell] Curry wasn’t no All-Star, he wasn’t cold. He could shoot the ball, though. Kobe Bryant, his dad wasn’t all that, that’s why he’s such a monster.

Now given his track record it’s no surprise to hear such strong opinions coming from Ball. In his defense he stands by all his comments, often doubling down on them.

But when you come at the King you best not miss.

When James spoke to ESPN on Tuesday, he pushed back against LaVar Ball by saying this:

Out of all the grandiose, larger than life things Ball has spewed out of his mouth I’m inclined to agree with him here. In fact, this might be one of the only factual things that he’s said during his 15 minutes of fame.

We can argue whether his comments were unnecessary or crossed some unspoken rule that you generally shy away from making comments about someone’s kids, especially if they’re not even adults. But Ball didn’t say something that was profound or revelatory. He simply stated that James’s kids are going to have a tough time because when you come from greatness such as James, if you continue in those footsteps there’s a heightened level of expectation due to an inability to differentiate the name on the back of the jersey versus the person wearing it.

Any parent who has been successful in any arena whether it be business, sports, Hollywood, politics; their kids inevitably will forever be compared to what their parents did for better or worse.

Now as a parent, James is right for responding to Ball if he felt his kids were disrespected. James did what any good parent would do. He came to his kids’ defense.

The interesting dynamic of this all is that Ball hasn’t had to come to any of his kids defense, as they haven’t experienced any real controversy or criticism yet. His sons, especially Lonzo, haven’t been forced to answer questions about their father and whether or not they feel their dad’s outspokenness will be problematic in the future.

That is a problem in itself. No kid or young adult should be forced to answer for their parent’s actions.

Now maybe Ball and his sons have a verbal/non-verbal agreement where Ball, the father, will handle the marketing aspect of his sons’ career, leaving his children to simply just perform on the basketball court.

Perhaps that mutual understanding has worked all these years.

I have a problem with parents who try to live vicariously through their children. You can’t live out your own life’s fantasies and dreams by projecting them on to your children. Ball has positioned his sons to succeed at every level, with the jury still out on whether or not they will succeed at the highest level, the NBA.

Simultaneously he has positioned himself to look like a father with an ulterior motive of promoting his own interest, thinly veiled under the guise of representing his sons.

It seems we know how who the real LaVar Ball is.

But will the real Lonzo, LiAngelo and LaMelo Ball please stand up?