Natural Hair vs. Corporate America: Why Are We Still Fighting This Battle?

Very recently, I made the foray into going natural. Call me what you will, but I was a proud consumer of the “creamy crack” and I had no interest in ever giving it up. I went natural only to protect my hair’s health at a time when it was falling apart and much too fragile to withstand the aggressive chemicals of a perm. And though I’m planning an escape route back to the realm of relaxers, I’ve always respected those who have made the decision to be natural.

While for some it’s a fad that will soon get tiring as the next new wave hits, for many, natural hair is a way to shun society’s long-standing expectations of beauty and create a new standard. One that allows us to reserve the right to wear our own hair as it naturally sits and still feel beautiful without the long, flowing weaves and those magical yet detrimental chemicals.

For this reason, it never occurred to me that natural hair would ever come across as an “unprofessional” way to wear one’s hair. After being accepted to a teaching program in New York, I witnessed a conversation between two ladies with natural hair. One had been asked by a bewildered colleague if she was going to “keep her hair like that” when she interviewed for teaching positions. She, like me, wondered what was wrong with wearing her hair the way it grew in.

Last August, news surfaced that the dean of Hampton University School of Business (a historically Black university) had placed a ban on dreadlocks and cornrows in the classroom back in 2001. Many in the Black community were outraged, but the dean stood by his decision, asserting that the ban had been successful in helping students land corporate jobs.

While the dean’s intentions may have been good, it begged the question: should we really be working to conform to corporate norms, or should we be working towards changing them?

“The biggest problem is, at an HBCU, where they allegedly are promoting self-awareness and celebrating their African ancestry and legacy, they would take that tone,” said Kimmika Williams-Witherspoon, associate professor of urban theater and community engagement at Temple University. “Their placement is to say our folks will blend in with your folks, which is to say we’ll ‘act white.’ ”

Some may deem it a bit more justifiable that a Fortune 500 company may not be crazy about the idea of an employee with cornrows. (Companies that have come under fire for natural hair discrimination include Air France, Six Flags and FedEx.) For the most part, the natural hair debacle in the workplace may boil down to a simple lack of understanding.

Places that have denied employment to those with natural hairstyles like dreadlocks typically consider it an extreme hairstyle comparable to a Mohawk or unnatural hair coloring. But what they may not know is that there’s meaning behind wearing one’s hair natural and, at the very least, these hairstyles aren’t “statements” but simply the way our hair grows out of our head.

“Natural hair discrimination in the professional world in 2013 is just foolish and unprofessional in itself,” says Chioma Bennett, a schoolteacher in Brooklyn who wears her hair relaxed. “It is not the 1960s anymore. Women of color, as far as I have seen, are increasingly abandoning relaxing treatments and embracing their natural roots, curls and for some, ‘kinks.’ ”

Kimmika Williams-Witherspoon—who has earned five degrees, developed 24 plays, written numerous books and boasts several other accolades—wears her hair in plaits with little trinkets tied to the end. Each trinket represents a significant moment in her life. She began wearing her hair this way more than 30 years ago, once she gave up the chemicals that were breaking her hair, and it’s been a hot topic in her professional life ever since.

She first worked as a park ranger, where she was told if she didn’t maintain her hair in a “professional” way, she’d be dismissed. Her Constitutional rights prevailed and she was eventually able to keep her position. But that wouldn’t be the last time her hair became a factor in her professional life.

Williams-Witherspoon has been at Temple since 1996 and has been on the tenure track for several years. She refuses to blame her hairstyle for not yet being given the distinction of being tenured, but she does make the observation that most faculty members with natural hair didn’t take on their hairstyles until after they were tenured.

While she may waltz around campus with her eccentric “personal wind chime” dangling from her tresses, she makes certain that she’s dressed as immaculately as any professional in the corporate world. This, she says, is to circumvent being put into any particular category, thereby forcing anyone she meets to get to know her before they make a judgment.

What it comes down to is the necessity of employers and corporate America to understand and recognize why we choose to wear our hair in dreadlocks or an Afro, rather than relaxed and straight. The trouble is finding where our options lie, if there are any at all. When fighting for our right to wear our natural hair to work, the debate still remains: do we step up to an employer when we feel discriminated against and risk our jobs? Or do we fall in line and conform?

“In reality, how I dress and my hairstyle should not indicate to you my capacity to fulfill a job, but you have to make real conscious choices,” says Williams-Witherspoon. “We always will have to wear a mask. It hurts me to say that, but that seems to be the reality.”

A Peek into Louis Vuitton’s ‘Virgil Was Here’ Menswear Show 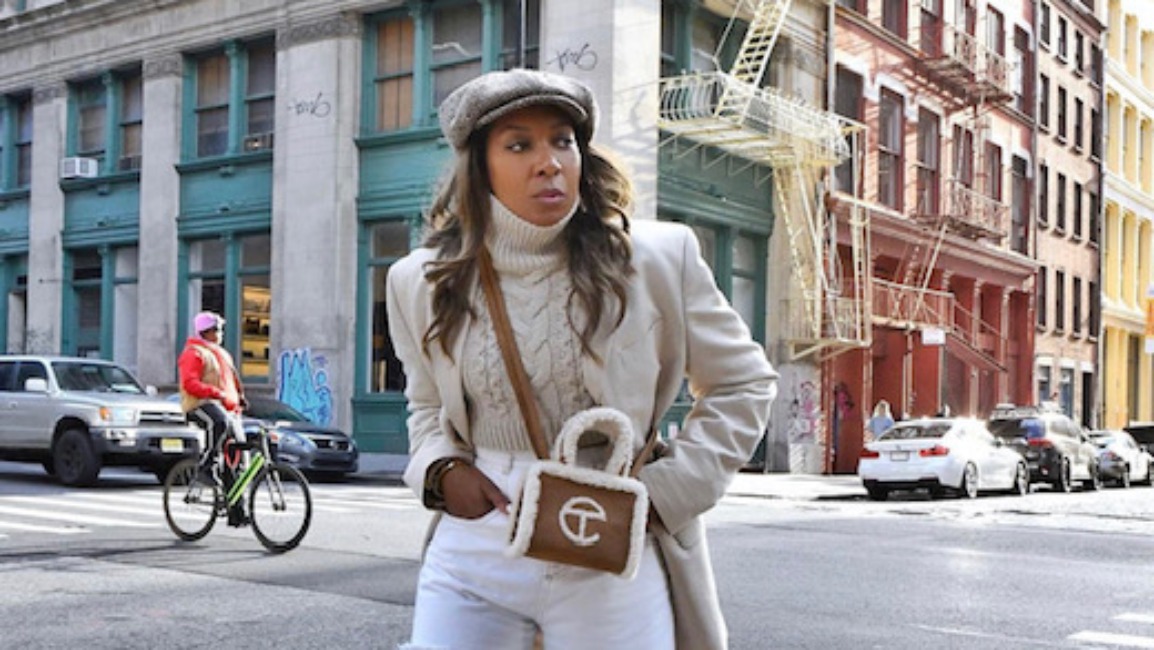 Straight Flexin’: 10 Best Dressed Women You Need On Your Timeline This Week